2021 – A Banner Year for The Jackson Laboratory

The Jackson Laboratory had a remarkable year in 2021, with tremendous momentum for its mission to improve human health. JAX welcomed a new president and CEO, continued research and genomic surveillance of COVID-19, expanded internationally, received high-profile grants and reported milestone philanthropic achievements, and received many distinguished awards. 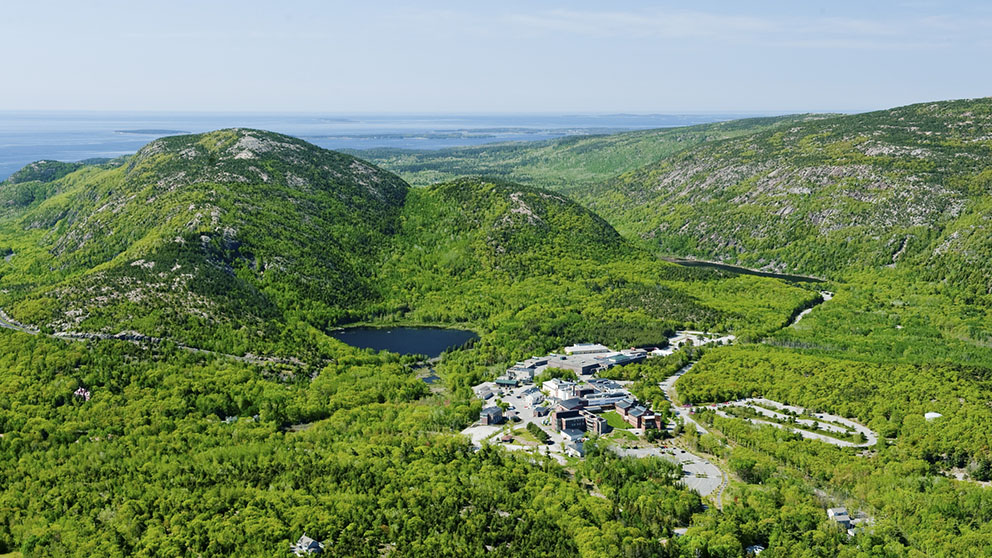 More than $140 million in Grants

In 2021, The Jackson Laboratory was awarded over $140 million in new federal, peer-reviewed foundation and other external funding to propel research and education programs essential to its mission. More than 115 awards cover a broad range of the independent nonprofit biomedical research institution’s focus areas, including cancer, addiction, neuroscience, education and genetics. Examples of JAX’s 2021 funding and achievements include:

After nearly two years in the COVID-19 pandemic, JAX remains committed to its role in COVID-19 surveillance and helping our communities. JAX utilized its CLIA laboratory in Farmington, Conn., to conduct nearly 2 million COVID-19 tests for health-care and community partners in both Connecticut and Maine. As the world faced new variants of the SARS-CoV-2 virus, JAX identified these strains using genomic sequencing. In Connecticut, JAX sequences every single COVID-19 positive sample identified at the Lab to detect SARS-CoV-2 variants. Combined with efforts by Yale and other institutions, this results in 25-30% of the state’s positive cases being sequenced, yielding important information about viral trends. In Maine, JAX conducts the majority of variant sequencing on positive COVID-19 samples for the state through the lab of Ryan Tewhey, Ph.D.

In addition to this work, JAX is also home to important research to better understand the SARS-CoV-2 virus. JAX’s Nadia Rosenthal, Ph.D., F.Med.Sci., is leading a study in the different genetic backgrounds in mice that exhibit highly variable responses to SARS-CoV-2 infection, mirroring the large differences in COVID-19 disease severity seen in humans. This work is critical in understanding why COVID-19 is affecting people so differently around the world. JAX’s Derya Unutmaz, M.D., is working with Physician-in-Chief Juan Salazar, M.D., M.P.H., and colleagues at Connecticut Children’s on an NIH-funded project to study children with COVID-19 who develop severe symptoms classified as “multisystem inflammatory syndrome (MIS-C)” to understand what causes severe chest and abdominal pains, as well as the inability of these patients to wake up or stay awake.

Awards for JAX professors and leaders

JAX professors, leaders and researchers were honored with several prestigious awards in 2021, including, but not limited to:

Assistant Professor Cheng was honored with a Hartford Business Journal 40 Under Forty award. The award recognizes Cheng as one of Connecticut’s up-and-coming leaders across multiple disciplines.

Professor, President Emeritus and Honorary Fellow, Liu received multiple awards in his final months as president and CEO of The Jackson Laboratory. Among them were MaineBiz’s 2021 Business Leader of the Year, Hartford Business Journal’s 2021 C-Suite Honoree, Maine Magazine’s Mainers of the Year and others.

Senior Director of the Rare and Orphan Disease Center, Lutz was honored with the National Organization for Rare Disorders (NORD) Rare Impact Award. NORD honors individuals and organizations who are making important strides for individuals living with a rare disease — a disorder that impacts less than 200,000 people in the United States. Lutz was honored for her tireless efforts in rare disease research throughout her career.

Director of Government and Community Relations, Roy was a Community Innovation and Leadership finalist for the 17th annual Women of Innovation Awards, a program presented by the Connecticut Technology Council and Connecticut Center for Advanced Technology that recognizes outstanding women in STEM.

In addition to the achievements by current faculty and staff, JAX was also proud to bring home former JAX Professor George Snell, Ph.D.’s, Nobel Prize in Physiology or Medicine for providing an in-depth understanding of the immune system’s major histocompatibility complex, which made organ transplants possible.

Additionally, The Jackson Laboratory for Genomic Medicine in Farmington, Conn., was recognized as a leader in Connecticut:

JAX announced in October that it acquired Charles River Laboratories Japan’s Research Models & Services business as a wholly owned subsidiary. The Japan-based organization, which is now called The Jackson Laboratory Japan, has approximately 250 employees and three production sites in Atsugi, Hino and Tsukuba, and an administrative office in Yokohama. The acquisition advances JAX’s mission to empower biomedical research worldwide and to play an even more direct role in Japan, as well as Korea and Taiwan, while advancing JAX’s international growth strategy.

In addition to the acquisition of JAX Japan and welcoming 250 new employees abroad – JAX hired its 125th employee at the Charles E. Hewett Center in Ellsworth, Maine. The Ellsworth facility opened in 2018 to enable wider access to vital JAX mouse resources for the worldwide biomedical research community. As of 2021, JAX employs nearly 3,000 people in locations around the world.

Philanthropic gifts to The Jackson Laboratory established four new endowed chairs in 2021, bringing the total number of endowed chairs at JAX to 13. An endowed chair is the highest accolade bestowed upon a faculty or staff member. In addition to providing an important source of permanent funding for research, named endowed chairs enable JAX to recruit, retain and support the best scientists in the world. In 2021, JAX named the following as endowed chairs:

As a nonprofit employing nearly 3,000 individuals, The Jackson Laboratory is committed to providing an excellent workplace for its staff. In 2021, JAX added to its comprehensive benefits package by including two new benefits:

JAX team members were actively engaged within our communities throughout the year.