Innovation award for a ‘scientist’s scientist’ 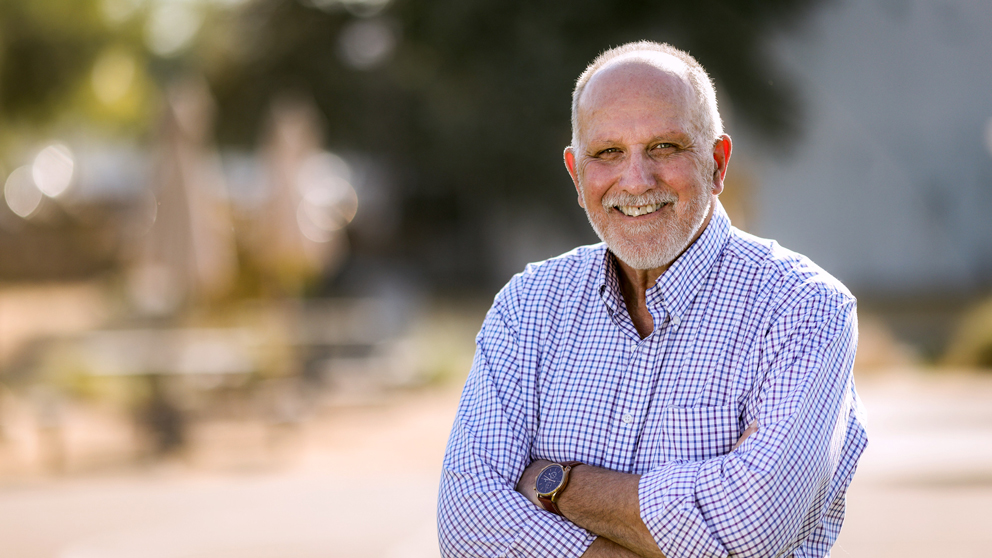 JAX recently established the award to recognize highly impactful innovation and creation of intellectual property by non-faculty JAX employees. The award highlights the scientific impact and economic value created through research and product development conducted at JAX. Much of the output of this effort is then shared via JMCRS with the global biomedical research community.

The role of the immune system and for therapeutics is wide, across many therapeutic areas, and we're just scratching the surface.

Keck works with immune-deficient mice developed at JAX, which may be supplemented with human stem cells or immune cells for the purpose of replicating the human immune system in a mouse for studies of cancer, immunology and infectious diseases such as HIV-AIDS or COVID-19. Keck is creating mouse-based experimental platforms that enable pharmaceutical researchers to simultaneously evaluate both the safety and efficacy of a given treatment, and even test the treatment against the genetic profile of a specific patient’s tumor or other tissues.

“We started with the idea that we can use these mice to help test immune therapies like pembrolizumab,” Keck says, referring to the cancer immunotherapy known by the trade name Keytruda, “and we filed a patent on our discovery. We’re now looking at taking that same kind of mouse platform into CAR-T therapies, autoimmune diseases like lupus and multiple sclerosis, cardiovascular disease and neurobiology.

“The role of the immune system and for therapeutics is wide, across many therapeutic areas, and we're just scratching the surface,” Keck says.

Keck earned his Ph.D. in microbiology at the University of Southern California. After working for two decades in the biotech industry in the San Francisco Bay area, he joined JAX in 2014 and is now senior director for innovation and product development in JMCRS, at the JAX campus in Sacramento.

Keck notes that he is “relatively unique at JAX, in that I actually worked in industry. I worked in startup companies, biotechs and pharmaceutical companies doing drug discovery. I saw at JAX the opportunity to develop their mouse platforms as a tool for drug discovery. Our group tries to anticipate where these industries are going to be in three years. We don't wait and then develop something when they need it. We anticipate it, build it, strengthen it, and then when it's needed, they embrace it. We try to be on the crest of the wave.”

“Jim is a real ‘scientist’s scientist’,” says JAX executive vice president and JAX® Mice Clinical Research Services (JMCRS) president. “He is a prolific serial inventor in his role of creating new translational research tools to advance drug development.” He adds that Keck has an extensive intellectual property portfolio and is listed as lead inventor on a number of patent applications on technologies associated with mouse models and testing therapies.

According to Liu, the kind of innovation Keck produces at JMCRS “can provide the creative spark for startup companies. Especially in this upstream basic research arena, we transform fundamental science into the first usable and impactful products and tools that we can then deliver to the for-profit biotech and pharmaceutical world.”

The Jackson Laboratory is a singular institution in the nonprofit biomedical research space, Liu says, a hybrid of academic, principal investigator-based research and translational impact through tool and assay development, with economic returns.

JAX was founded in 1929 in Bar Harbor, Maine, as one of the world’s first cancer genetics research institutions. The research faculty has grown to more than 70 principal investigators, whose studies of cancer, Alzheimer’s disease, diabetes and many other diseases and conditions are funded largely by research grants from the National Institutes of Health.

Federally funded academic research institutions are engines of discovery that enable new diagnostics and treatments. “The example that immediately comes to mind,” says Liu, “are the mRNA vaccines against COVID-19 that American biotech and pharmaceutical companies rolled out in record time. These vaccines would not have been possible without the fundamental — and NIH-funded — work at the University of California, Berkeley, and the Broad Institute in Cambridge, Mass., and many other institutions, to develop the gene-editing tool CRISPR.”

Moreover, Liu notes, U.C. Berkeley, and to a lesser extent Broad, have benefited financially, through patents on the CRISPR-related discoveries made in their labs. “The Bayh-Dole Act was enacted in 1980 to enable institutions to own, patent and commercialize inventions that result from federally funded research. Congress recognized the need to provide these institutions with incentives to innovate, with the result that Bayh-Dole really launched the biotech explosion in the United States.”

Liu says JAX created the President’s Innovation Fellows award because there are no similar incentives for non-faculty researchers like Keck.

The “tool bench” aspect of JAX arose early in its history. JAX and its founder, Clarence Cook Little, pioneered the development of genetically defined mouse models for human disease. To fulfill scientists’ demand for these mice, and to provide some financial support for the fledgling institution during the Great Depression, JAX began to distribute mice to other laboratories in 1936. Today, besides distributing more than 12,000 strains of mice to labs all over the globe, the nonprofit JMCRS generates a wide variety of new research tools and services for biomedical researchers.

“Coming to JAX was a huge, exciting opportunity for me,” Keck says. “The mouse models JAX provides to the research community are fantastic — I've used them all through my career. JAX has a great reputation, the faculty are phenomenal, and we have the kind of leadership that makes innovation possible.

“I’m honored to be recognized as the first JAX President’s Innovation Fellow, and I hope the award will be a catalyst for many great advancements in research technology and drug development,” Keck says.