Investigates how alternative RNA splicing contributes to cancer with the goal of identifying novel clinical biomarkers and targets for precision medicine.

The long-term goals of the Anczuków Lab are to define how rewiring of the splicing machinery contributes to tumor initiation, progression, and drug response, what triggers splicing alterations in tumors, and ultimately to translate this knowledge to develop innovative RNA-targeted therapeutics.

Building on our strengths in RNA and cancer biology, our lab research currently focuses on: 1) Targeting the regulation of splicing factors in cancer; 2) Defining aging-associated splicing as an oncogenic factor in breast; 3) Developing approaches to functionally characterize spliced isoforms at scale. 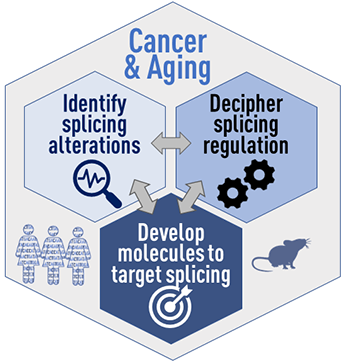 Figure 2. Our research program will uncover new RNA-driven mechanisms, biomarkers, and drug targets for human cancers, including those associated with aging.

Alternative splicing is a key control point in gene expression regulation, but its role in cancer remains underexplored.

Cancer cells often display aberrant splicing profiles, leading to the production of pro-tumorigenic isoforms. These tumor-associated splicing alterations result either from mutations in splicing-regulatory elements or changes in splicing factors. Although splicing factors are often overexpressed in breast and ovarian human tumors, the biological consequences of splicing-factor alterations in cancer, particularly in the context of metastasis or acquired drug resistance, are underexplored. Previous findings from our lab and other labs suggest that splicing factors, and in particular SR proteins, play a role in the development of metastasis and in the acquisition of drug resistance in human cancers.

We combine our unique expertise in both RNA biology and cancer research to uncover the role of alternative-splicing misregulation in breast and ovarian tumors and to gain novel insights into the molecular mechanism of gene expression regulation in normal and cancer cells.

The Anczuków Lab investigates the functional role of oncogenic splicing factors and their targets in breast and ovarian cancer by combining innovative and interdisciplinary approaches. Our research uses large clinical datasets, 3D culture models, as well as patient-derived xenograft (PDX) models that model more closely the complexity and heterogeneity of the primary tumors. Our goal is to identify splicing factors and splicing events which could be used as biomarkers to predict disease progression or drug-response, or as therapeutic targets. 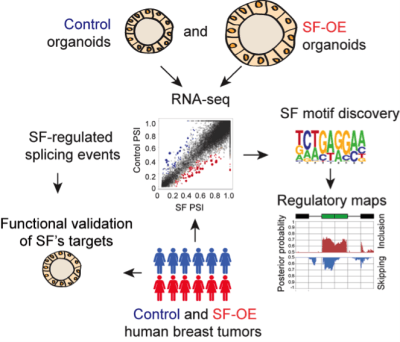 Understanding how splicing-factor levels are regulated is crucial for defining the role of splicing factors in diseases and developing targeted therapies. The Anczuków Lab investigates how transcription factors and signaling pathways affect splicing regulation in normal and cancer cells, as well as during normal tissue development. Understanding how splicing factors contribute to normal tissue development and cellular organization may shed new light on their role in transformation. Our goal is to identify signals promoting changes in splicing factors during tissue remodeling and tumor progression. 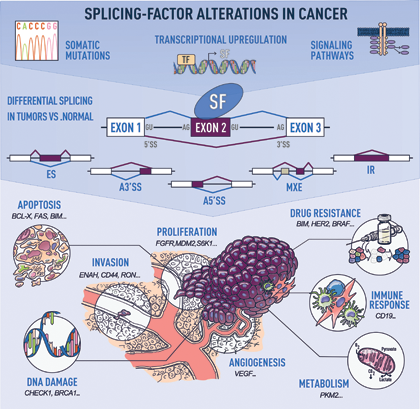 Figure 3. Splicing-factor (SF) alterations lead to the misregulation of splicing patterns and can contribute to various steps of transformation. SF alterations in human tumors are caused by somatic mutations, or changes in SFs levels in response to signaling pathways or transcriptional regulation.  (See Urbanski, Leclair and Anczuków. Wires RNA 2018 for details)

Therapeutic approaches to modulate splicing in other human diseases are becoming a reality but are entirely lacking in any cancer, while strong evidence points to a role for splicing alterations in cancer progression and drug resistance. The Anczuków Lab investigates the therapeutic potential of modulating splicing factors and their targets using small molecules that inhibit the splicing machinery, or isoform-specific antisense oligonucleotides. Our goal is to identify splicing events that could be targeted to modulate a tumor’s drug sensitivity or invasive potential. 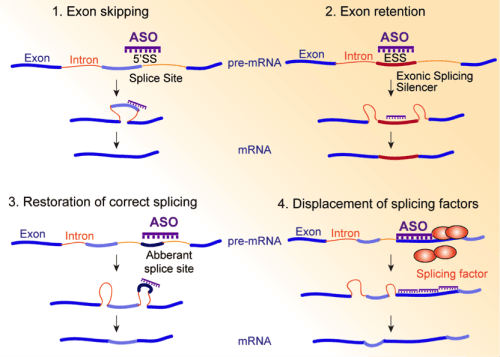 Humans have about 20,000 genes (give or take), far fewer genes than many so-called “primitive” animals, like Daphina pulex, a.k.a. the...