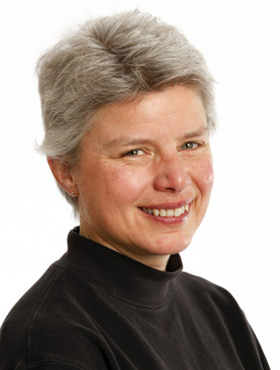 Bridges the digital biology divide, by integrating computation and informatics with biomedical research.

The primary theme of my personal research program is “bridging the digital biology divide,” reflecting the critical role that informatics and computational biology play in modern biomedical research. I am a Principal Investigator in the Mouse Genome Informatics (MGI) consortium that develops knowledgebases to advance the laboratory mouse as a model system for research into the genetic and genomic basis of human biology and disease (http://www.informatics.jax.org). Recent research initiatives in my research group include computational prediction of gene function in the mouse and the use of the mouse to understand genetic pathways in normal lung development and disease.

My institutional responsibilities at The Jackson Laboratory include serving as the Deputy Director of the Cancer Center and as the Scientific Director of our Patient Derived Xenograft (PDX) and Cancer Avatar program. The PDX program is a resource of deeply characterized and well-annotated "human in mouse" cancer models with a focus on bladder, lung, colon, breast and pediatric cancer. This resource is a powerful platform for research into basic cancer biology (such as tumor heterogeneity and evolution) as well as for translational research into mechanisms of therapy resistance and therapeutic strategies to overcome resistance.

1997 - "Hottest Research of 1996" (based on numbers of literature citations), The Institute for Scientific Information (ISI)

The Cancer Short Course provides a broad survey of the cancer research and experimental modeling from systems and computational genetics,...