At the institution that first established the genetic and hormonal basis for obesity, JAX researchers probe for ways to prevent diabetes and other obesity-related conditions. 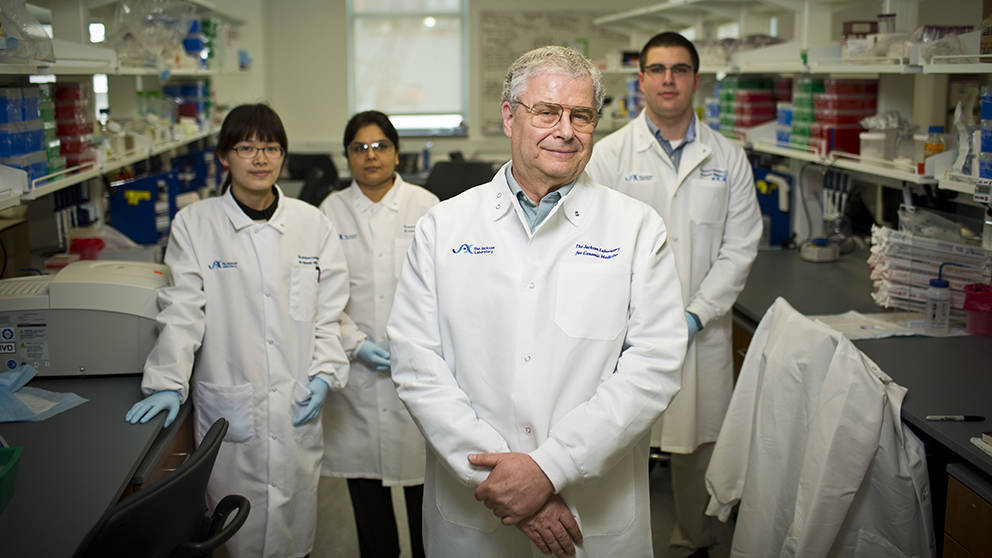 George Weinstock seeks to understand the role of the microbiome in health and disease, including diabetes, obesity, and other metabolic diseases, with the aim of providing new diagnostic and therapeutic approaches. 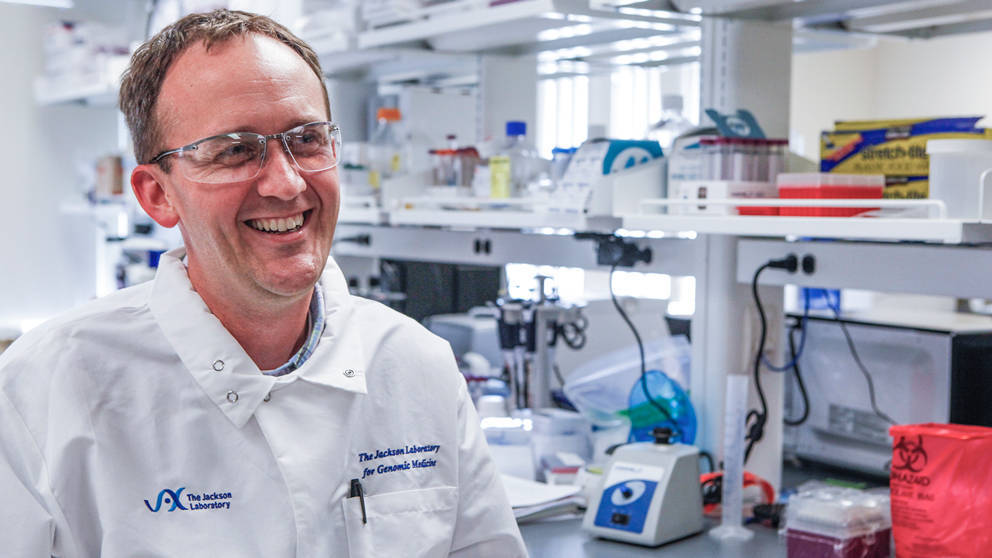 JAX assistant professor Michael Stitzel transformed his early love of space exploration into a passion for human biology and searching the genome for clues to disease.

The World Health Organization estimates that nearly two billion adults worldwide are overweight (defined as having a body mass index of or greater than 25) or obese (BMI greater than 30). A high BMI is a risk factor for a wide range of diseases, including heart disease, stroke and some cancers, and is linked directly to type 2 diabetes.

In the 1970s, the late JAX scientist Douglas L. Coleman identified a “satiety factor” that appeared to be missing in certain laboratory mice, discovered in the JAX colonies in the 1950s, that never lost their appetite and that developed obesity and diabetes. Later Jeffrey Friedman and colleagues at Rockefeller University would isolate this factor as the hormone leptin. Drs. Coleman and Friedman shared the 2009 Shaw Prize, the 2010 Albert Lasker Award and other major international science awards for these important contributions.


Today a new Metabolic Research Alliance combines the expertise of The Jackson Laboratory, Yale University, UConn and the Weizmann Institute of Science in Israel to advance research in obesity and diabetes. The goal of the collaboration is to swiftly convert new discoveries in immunology, cell biology, microbiota and genomics into clinical applications and commercialization to prevent or treat metabolic conditions.

JAX Professor, Evnin Family Chair and Director of Microbial Genomics George Weinstock studies the microbiome, the tens of millions of microorganisms that inhabit every human. His lab seeks to understand the role of the microbiome in health and disease, including diabetes and other metabolic diseases, with the aim of providing new diagnostic and therapeutic approaches.

JAX Assistant Professor Michael Stitzel explores the development of human pancreatic islets, which produce insulin and other metabolic hormones. His lab investigates the conditions that alter the genetic programming of islets and lead to abnormal functions such as insulin resistance in type 2 diabetes, and is exploring the possibility of producing healthy pancreatic islet cells from pluripotent stem cells or even other kinds of fully developed cells.