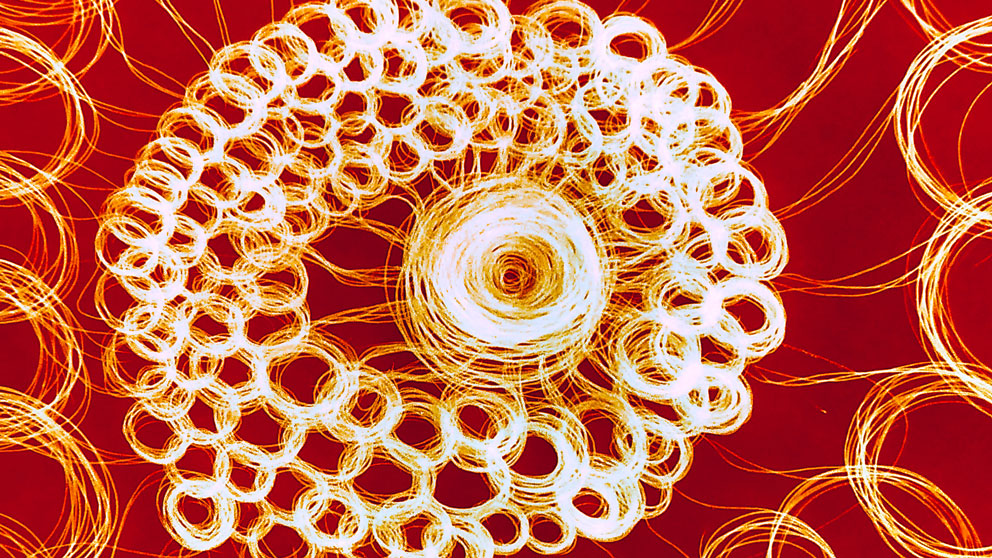 Extrachromosomal, circular DNA (ecDNA) are relatively small chromatin particles, composed of DNA and proteins, that have become separated from the 23 pairs of chromosomes found in human nuclei. It’s been known for decades that ecDNAs play a role in cancer, but it was thought that they were relatively rare contributors to malignancy.  Extra-chromosomal DNA and cancerThe role(s) that extra-chromosomal DNA (ecDNA) may play in cancer have been the subject of speculation, but details have been elusive. Now, a paper in Nature Genetics implicates ecDNA in a wide variety of cancers, and associates it with aggressive, difficult-to-treat cases.Recent research using new sequencing and analysis methods has revealed that their frequency is far greater that previously known, and they were found in at least some samples of almost all cancer types analyzed.

The exact roles ecDNAs play in initiating and maintaining cancers are still under investigation, however. It is known that any genes on them can be highly expressed, so cancer-causing genes (oncogenes) are likely to be significantly amplified, offering a plausible mechanism. They are also unevenly segregated during cell division, which could contribute to competitive advantage, accelerated evolution and therapy resistance in some daughter cells. Recent research at The Jackson Laboratory (JAX) led by Professor and Director of Genome Technologies  Chia-Lin Wei, Ph.D.An international leader in in genomics and sequencing, Chia-Lin Wei, Ph.D., is developing and providing genomics and sequencing services for JAX researchers.Chia-Lin Wei, Ph.D., and Professor and Associate Director of Computational Biology Roel Verhaak, Ph.D.Brain tumors, sequencing, computational biology.Roel Verhaak, Ph.D., is providing further insight into yet another way ecDNAs may promote cancer, however.

In “Oncogenic extrachromosomal DNA functions as mobile enhancers to globally amplify chromosomal transcription,” published in Cancer Cell, the researchers use 3-dimensional (3D) chromatin structure analyses (ChIA-PET,  A crystal ball for looking at the complexity of the 3D genomeA team led by Jackson Laboratory Professor Yijun Ruan, Ph.D., has developed a new method, called ChIA-Drop, that allows researchers to investigate 3D genomic structures with unprecedented precision and clarity.ChIA-DROP ) they developed to explore the interactions of ecDNAs with the chromosomes themselves. Interestingly, ecDNAs exhibited a pattern of frequent genome-wide chromatin contacts in cancer cell lines, including patient-derived glioblastomas, a brain cancer noted for its therapy resistance and recurrence. And looking at interactions mediated by RNA polymerase II (RNAPII), a protein complex that transcribes DNA to RNA, the researchers found an association between ecDNA and actively expressed chromosomal genes.

A detailed investigation into where the ecDNA-chromosomal contacts most frequently occurred showed a pattern converging on non-coding regions of the ecDNAs. Specifically, they were associated with a particular epigenetic histone modification, H3K27ac, that is known to increase gene transcription. These regions, known as enhancers, are part of the complex system that regulates gene expression. The ecDNAs appeared to function as mobile “super enhancers” (SEs) in the nuclei of the cancer cell lines, abnormally increasing the expression of chromosomal genes within the same domains. Taken together, these multi-copy and mobile chromatin particles can traverse the nucleus to increase genomic transcription. The concept that ecDNAs function as mobile activators reveals an exciting alternative transcription regulation mechanism that would function to rapidly drive tumor cell evolution, creating different cell lineages and increasing the likelihood of some cells gaining competitive advantages such as therapy resistance.

ecDNAs may therefore promote and maintain cancers in multiple ways. In addition to over-expressing oncogenes within their own sequences, the study indicates that they also disrupt the regulation of chromosomal gene expression and enhance aberrant gene expression that provides cancer cells with adaptive advantages. Further investigations could have potential translational value. For example, approaches for reducing ecDNA-chromosomal contacts that promote tumor-initiating activity or treatment resistance could lead to new therapeutic strategies.