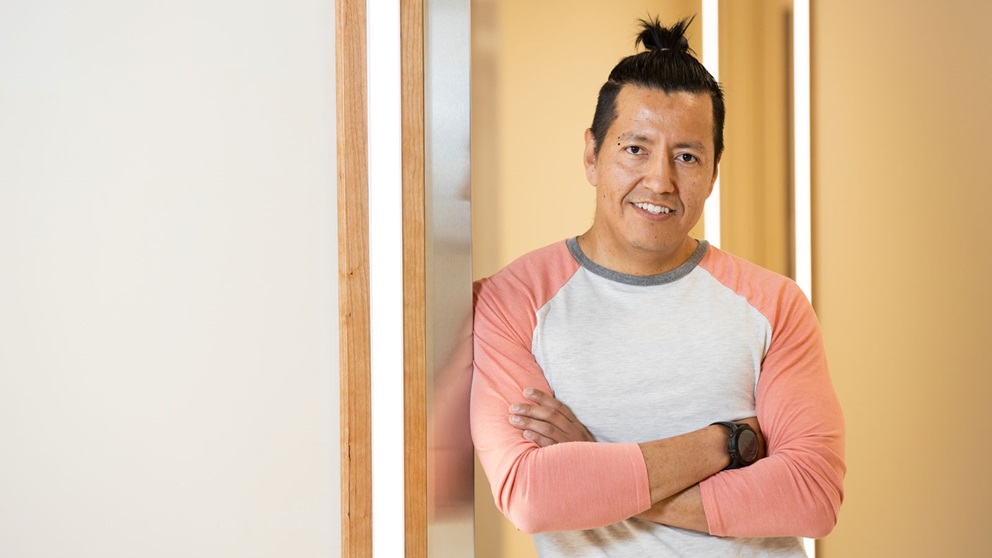 A postdoctoral associate studying neurological disorders at The Jackson Laboratory has been awarded a JAX Scholar Award.

The  JAX Postdoctoral ScholarsThe JAX Scholar award offers exceptional early-career scientists the opportunity to develop their independent research program at The Jackson Laboratory in preparation for the next step in their scientific career.JAX Scholar Award supports promising early-career postdoctoral associates who are conducting cutting-edge biomedical and basic biological research at JAX.

This grant is a milestone for Cortes-Perez, who joined the Pera lab in 2017. Cortes is motivated to study neurological diseases like stroke because of the impact he has seen them have on loved ones and, statistically, on society.

Stroke is currently the fifth leading cause of death in the United States, according to the Centers for Disease Control and Prevention, but studies show that some people have a genetic resiliency toward the effects of stroke. For example, between two seemingly similar patients (taking age, sex, and location of injury into account), one patient could end up in a coma while the other quickly recovers.

Utilizing  Genetically diverse mouse populations reveal secrets of the genomeDiscoveries in JAX-founded Collaborative Cross, Diversity Outbred populations show value of multi-parent model organism systemsdiversity outbred and collaborative cross mouse models , which represent even more diversity than is present in the human population, Cortes-Perez utilizes stem cell lines derived from the collaborative cross mice that accurately model neurological disorders. Because the stem cell lines represent genetic diversity and allow for rapid and reproducible studies, Cortes can map genetic modifiers to neurological disorders. In other words, he can determine which genetic factors might be associated with how quickly someone can recover from a stroke.

Mouse models and stem cell biology provide a strong platform for studying neurological diseases, and JAX is a leader in utilizing these platforms for the discovery of precise genomic solutions. This access to technology and the natural setting of Bar Harbor, Maine, is what brought Cortes to JAX after receiving an MD-PhD and MS from Universidad Nacional Autónoma de México.

"If you want to work with genetics, The Jackson Laboratory is one of 'the places' to be," Cortes says. "When I googled JAX, I didn't know much about Bar Harbor. I found that it's in a national park and I got so excited because I love being outside. I'm a mountain guy, and being surrounded by nature and being able to go for a hike was a dream come true."

Mapping genetic modifiers to neurological diseases can be hard work. Still, Cortes is confident and feels that he's on the road to establishing his own research program. This confidence stems from the support that he receives from Pera, his PI, and his friends and colleagues at JAX.

"The JAX community is really tight," Cortes-Perez says. "Everybody's open to giving advice, sometimes in the hallways, and sometimes they will have an open door. That's something that is pretty cool."