The Jackson Laboratory for Genomic Medicine 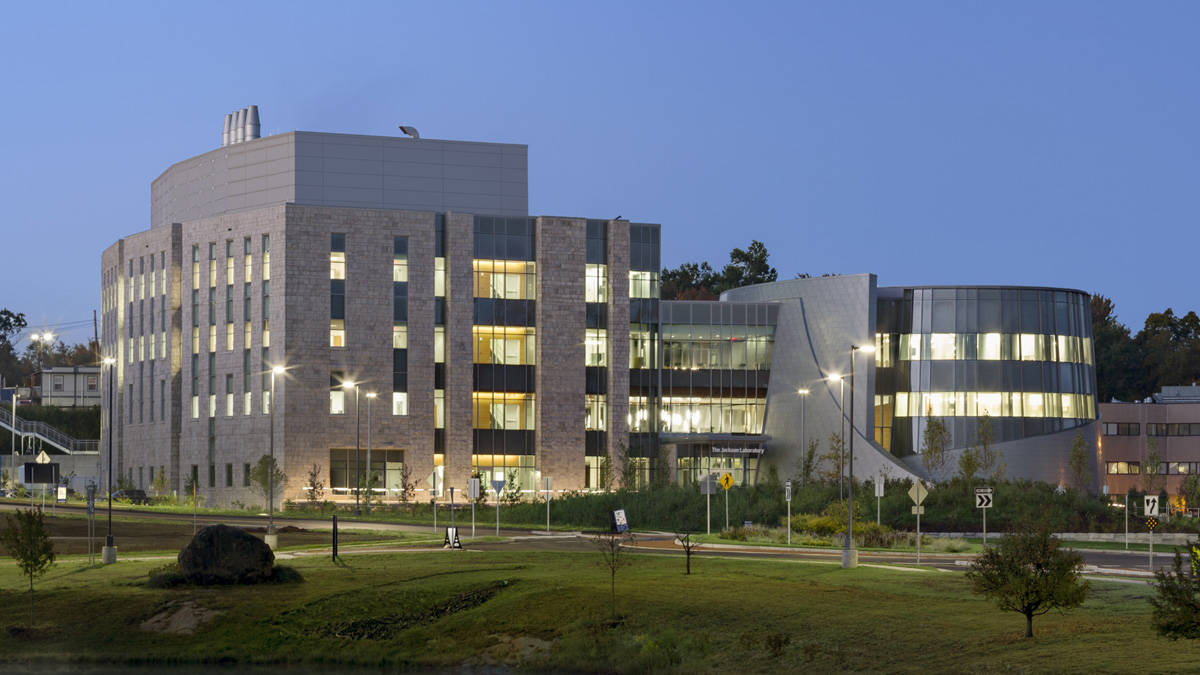 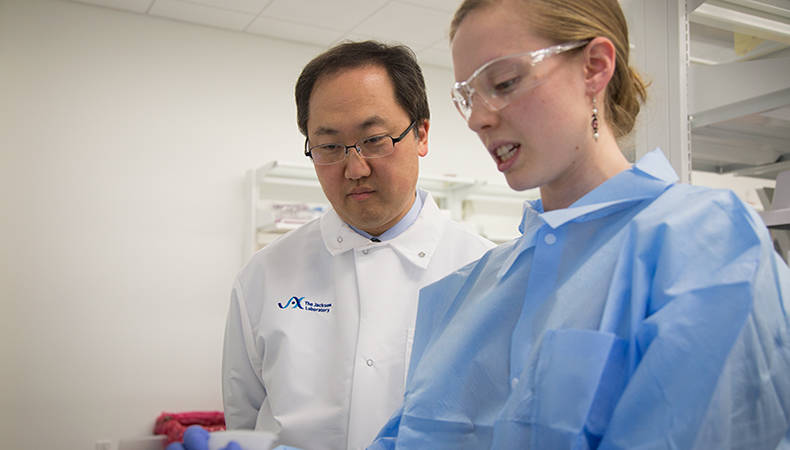 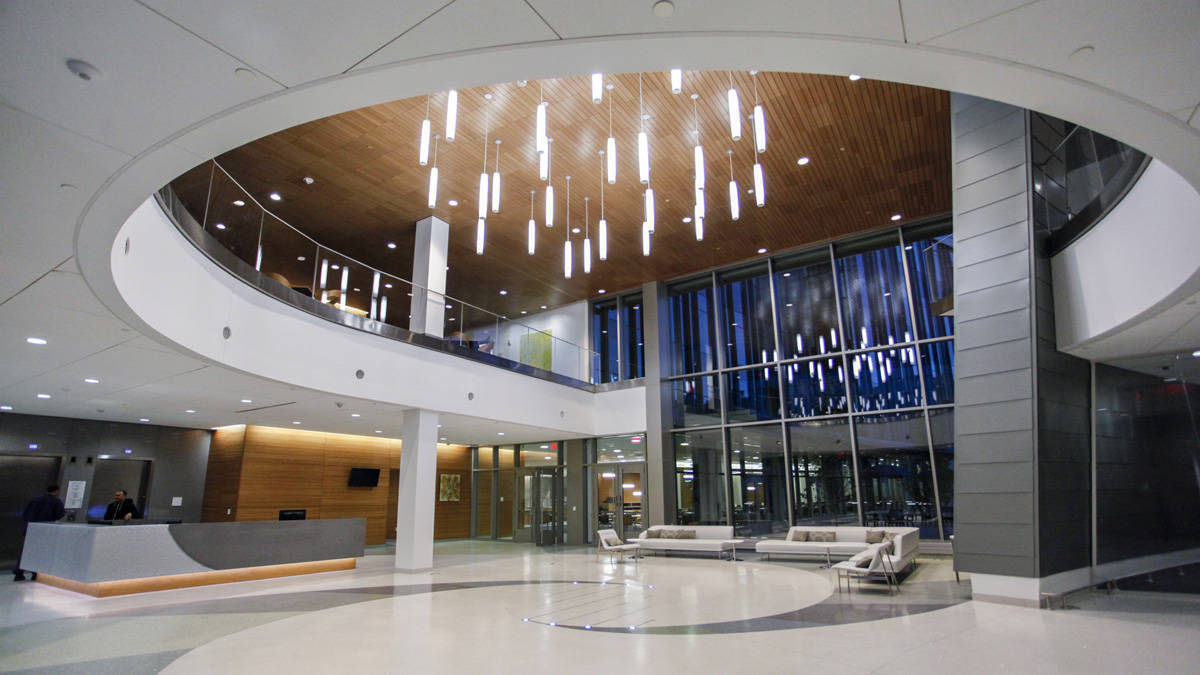 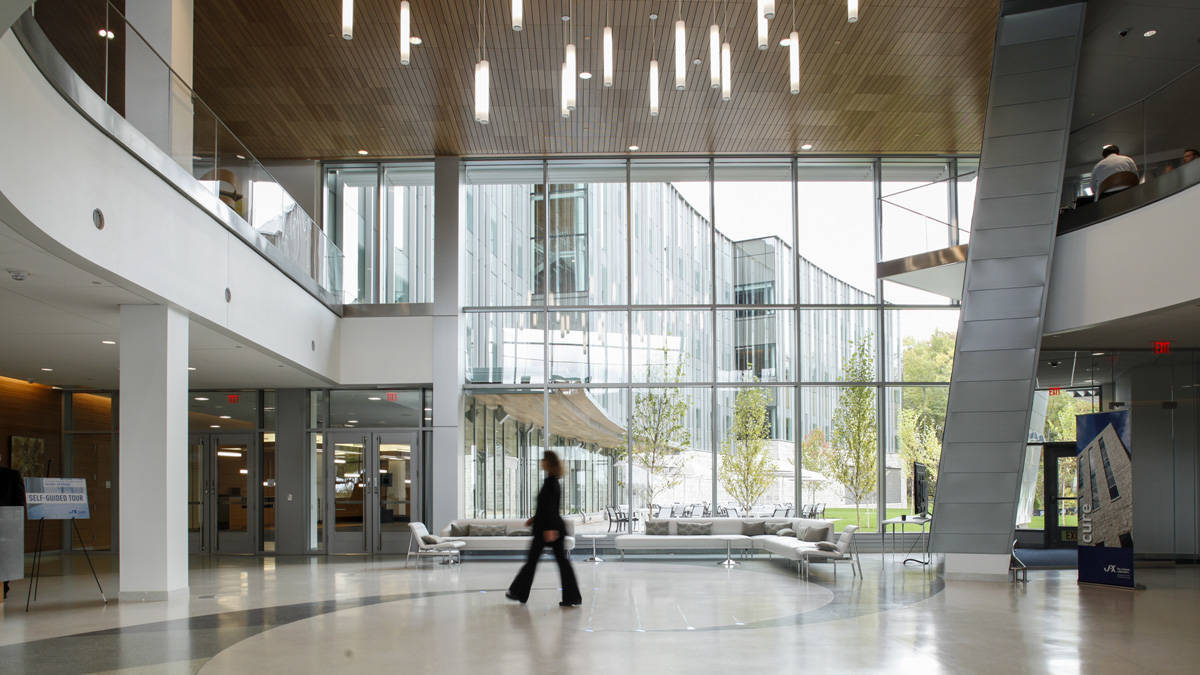 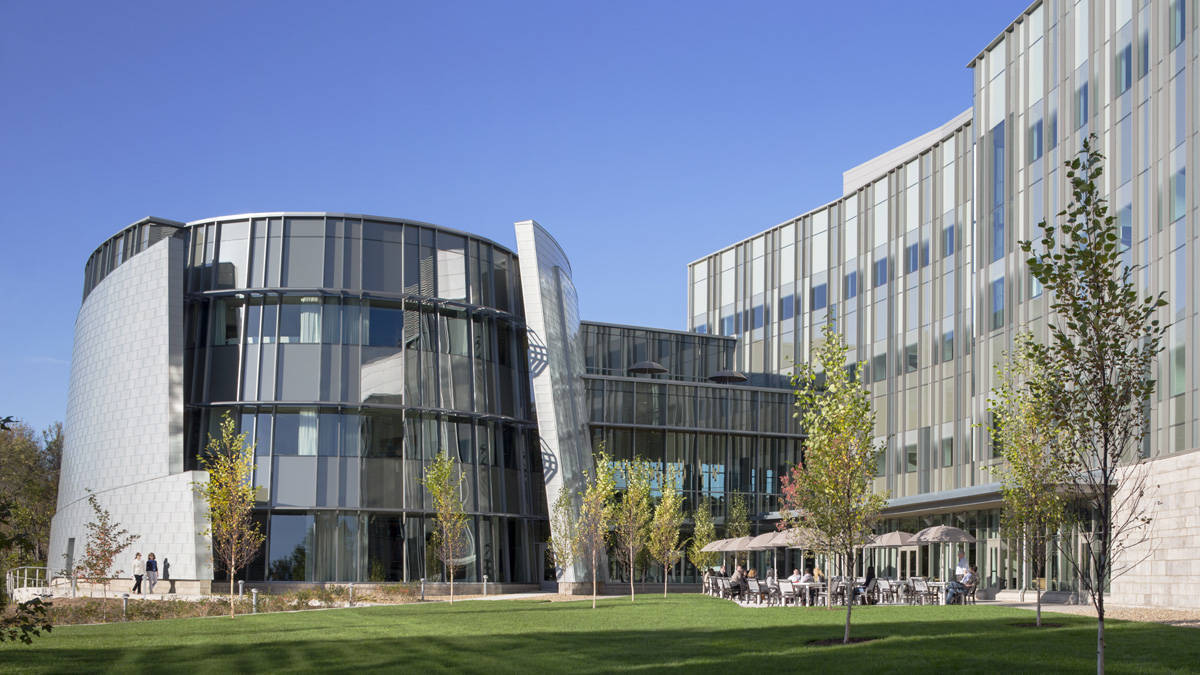 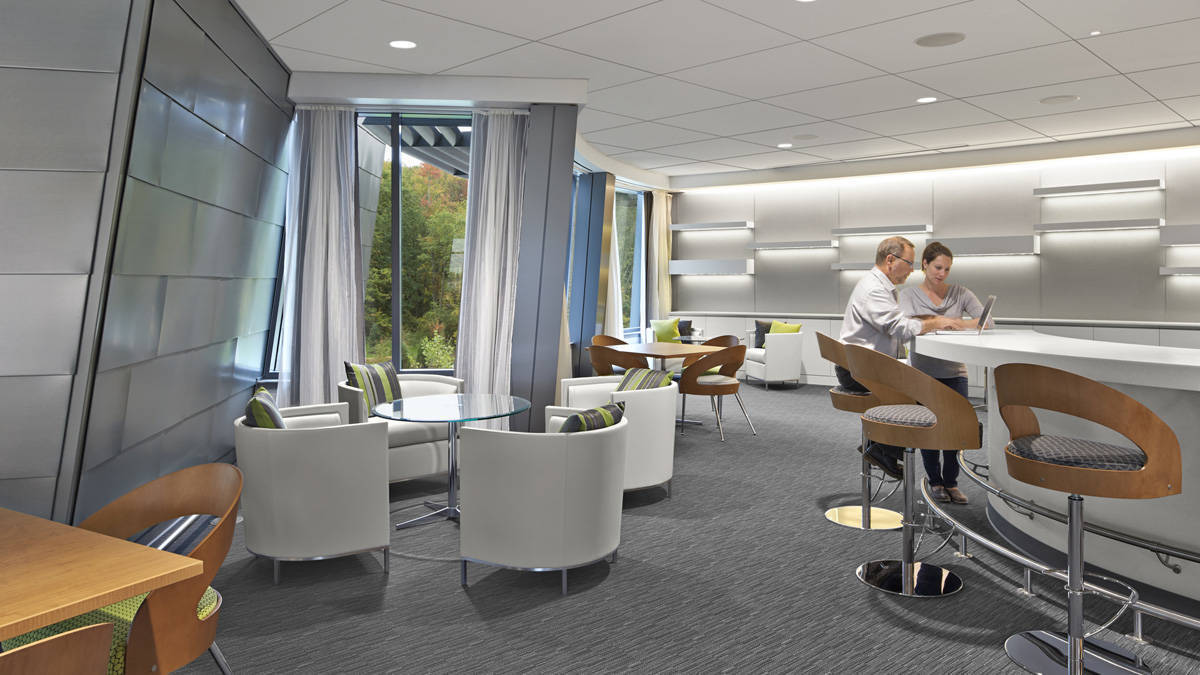 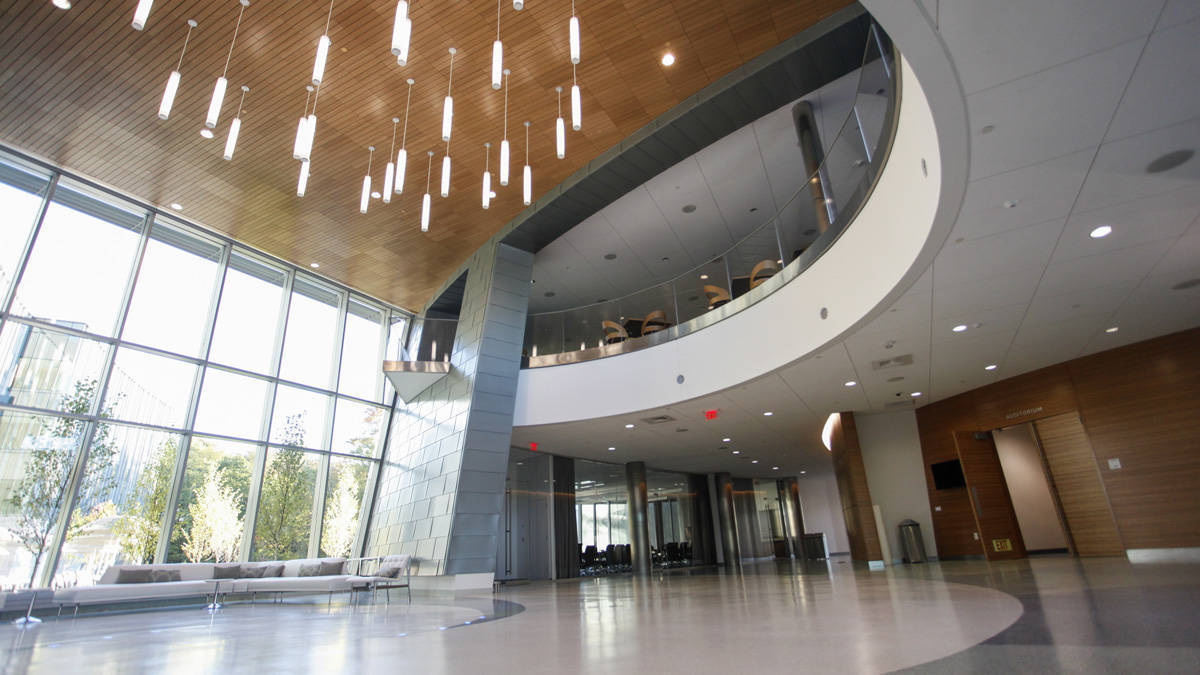 When The Jackson Laboratory broke ground on its new genomic medicine facility in Farmington, Connecticut in 2013, there were only 30 employees.

Today, The Jackson Laboratory for Genomic Medicine is attracting leading scientists from around the world, and has signed on 315 employees — more than 40 percent have doctoral degrees, about half were already residents of Connecticut when hired, and approximately half are female. A little over 60 percent are directly engaged in research, and the balance of employees work in areas including IT, operations, and support positions.

We’re proud that top scientists from all over the globe are coming to JAX and joining our quest to improve human health.

JAX is collaborating with numerous academic institutions and international organizations, and is emerging as a driving force in the development of the Connecticut bioscience sector. In 2016 alone, researchers at the JAX Connecticut campus were awarded 57 new research grants for a total of $12.7 million.

“In just a few years, JAX Genomic Medicine has become a scientific powerhouse. We’re proud that top scientists from all over the globe are coming to JAX and joining our quest to improve human health,” said Charles Lee, Ph.D., FACMG, scientific director and professor at JAX.

JAX, with its focus on precision medicine, has recently added a number of distinguished researchers to its team.  Specializing in cancer, JAX welcomed Olga Anczuków-Camarda, Ph.D., who studies breast and ovarian cancer, Sheng Li, Ph.D., who examines the genetic changes that occur in cancers over time, and Ching Lau, M.D., Ph.D., a joint appointment with Connecticut Children’s Medical Center and UConn Health, who is working to make pediatric cancer treatments more effective.

Another recent hire is Mark Adams, Ph.D., who joined JAX as director of Microbial Genomic Services and is building the institution’s large-scale microbiome initiatives. He is currently coordinating the development of the Connecticut Microbiome Initiative, a program involving the University of Connecticut and Yale University that will foster microbiome-based entrepreneurial efforts.

In the area of advanced genomic technologies, JAX expanded its team with William Skarnes, Ph.D., who uses genome-editing technology to study the cellular effects of specific changes to our genomes, and Chia-Lin Wei, Ph.D., who is applying new technologies for analyzing human genomes.

J. Travis Hinson, M.D. is a cardiologist and joint appointment with UConn Health who is focused on unlocking the biology of heart failure.

JAX’s latest faculty appointment is Se-Jin Lee, M.D., Ph.D., who is best known for discovering a hormone that regulates muscle mass and finding new ways to treat muscle wasting diseases and muscular dystrophy.  A Member of the National Academy of Sciences, one of the highest honors for U.S. scientists, Lee is another joint appointment with UConn Health.

In recent months, scientists at the Farmington-based institution have found new ways to diagnose colorectal tumors, studied why certain flu vaccines are more effective than others, and discovered new insights into diabetes and pancreatic disease.

This summer, JAX expects to launch two new clinical genetic tests. The first is a test for cancer patients that allows doctors to monitor disease status through a simple blood draw. The test is able to detect cells from the original cancer that remain in a person’s blood circulation following treatment and that may spread tumors to other areas of the body. The second is a DNA test that identifies DNA changes that contribute to heart disease.