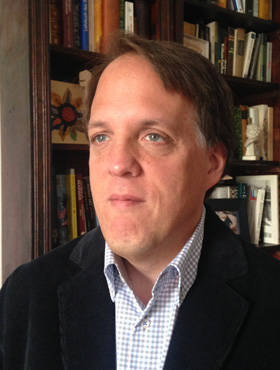 Develops algorithms and software for the analysis of exome and genome sequences.

Peter Robinson studied Mathematics and Computer Science at Columbia University and Medicine at the University of Pennsylvania. He completed training as a Pediatrician at the Charité University Hospital in Berlin, Germany.  His group developed the Human Phenotype Ontology (HPO), which is now an international standard for computation over human disease that is used by the Sanger Institute, several NIH-funded groups including the Undiagnosed Diseases Program, Genome Canada, the rare diseases section of the UK's 100,000 Genomes Project, and many others. The group develops algorithms and software for the analysis of exome and genome sequences and has used whole-exome sequencing and other methods to identify a number of novel disease genes, including CA8, PIGV, PIGO, PGAP3, IL-21R, PIGT, and PGAP2.

Visit the Robinson Lab on Github

There are many thousands of hereditary diseases in humans, each of which has a specific combination of phenotypic features, but computational analysis of phenotypic data has been hampered by lack of adequate computational data structures. Therefore, we have developed a Human Phenotype Ontology (HPO) with over 8000 terms representing individual phenotypic anomalies and have annotated all clinical entries in Online Mendelian Inheritance in Man with the terms of the HPO. We show that the HPO is able to capture phenotypic similarities between diseases in a useful and highly significant fashion.
View full list of publications