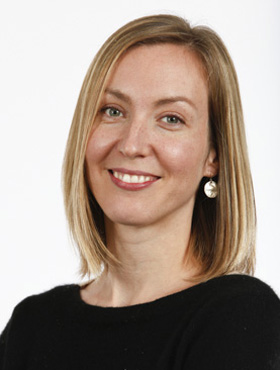 The Trowbridge laboratory researches the development and maintenance of  hematopoietic stem cells (HSCs), as well as alterations that occur during normal aging and during transformation to leukemic cells. Our current focus is on the epigenetic regulation of these processes, with the goal of identifying biomarkers of disease that can be targeted for new therapies.

Epigenetic regulation (through DNA methylation, histone modifications, and chromatin remodeling) is an important component dictating HSC and progenitor cell fate decisions. In the hematopoietic system, many lineage-restricted promoters and enhancers are associated with specific, combinatorial histone modification patterns, which may determine their selective priming of gene expression during lineage commitment. We are using functional screening approaches, in vitro and in vivo, to identify key epigenetic regulators that drive lineage-commitment steps during early hematopoietic differentiation. Validated regulators will be pursued by complete in vivo characterization using mouse conditional knockout or overexpression models, and molecular characterization using ChIP-Seq, single-cell RNA-Seq, ATAC-Seq, bisulfite sequencing, and other emerging technologies to interrogate epigenetic changes within rare cell populations. In addition, we have begun to study how these mechanisms influence hematopoietic lineage commitment during aging.

Cell-of-origin and mutational order in leukemogenesis

The evolution of next-generation sequencing technologies has allowed unparalleled analytic depth of cancer genomes of individual patients, and has identified most (if not all) of the important mutations for a growing list of cancers. For those cancer types that have been sequenced, including human AML, the next step is to begin modeling and interpreting this data to develop improved, targeted therapies. In the case of AML, while recurrent chromosomal structural variations are well established as diagnostic and prognostic markers, none of the current classification schemes are entirely accurate. This suggests that a more complete understanding of the genetic and epigenetic changes relevant to the pathogenesis of AML are required for better classification of risk and approaches to therapy. Notably, how the cell type-of-origin and the order of epigenetic changes or mutations alter leukemia phenotype and response to targeted therapy is completely unknown. We have devised and are currently utilizing novel in vitro- and in vivo-based modeling systems to accurately determine the impact of cell type-of-origin and depict the consequences of sequential acquisition of mutations driving human AML.

“Secondary” acute myeloid leukemia (sAML) arises in about one third of patients with myelodysplastic syndrome (MDS). sAML is generally resistant to traditional chemotherapy, and overall survival is universally poor. Two significant unmet needs in clinical management of MDS patients are: (1) reliably identifying patients at high risk of progressing to sAML, and (2) having effective therapeutic strategies in hand to prevent or delay progression to sAML. A lack of knowledge of the mechanisms underlying MDS-to-sAML progression has hindered efforts to develop more effective therapies. We are investigating how alterations in chromatin structure in the bone marrow of MDS patients contributes to genomic instability, and modeling recurrent mutations to define those responsible for progression of MDS to sAML. The goal of our studies is to identify specific mechanisms driving MDS-to-sAML progression, which will allow development of biomarkers to stratify patients at high risk and new therapies to prevent this progression.

Reactivation of fetal hemoglobin (HbF) in adults ameliorates the severity of the common β-globin disorders. The transcription factor BCL11A is a critical modulator of hemoglobin switching and HbF silencing, yet the molecular mechanism through which BCL11A coordinates the developmental switch is incompletely understood. Particularly, the identities of BCL11A cooperating protein complexes and their roles in HbF expression and erythroid development remain largely unknown. Here we determine the interacting partner proteins of BCL11A in erythroid cells by a proteomic screen. BCL11A is found within multiprotein complexes consisting of erythroid transcription factors, transcriptional corepressors, and chromatin-modifying enzymes. We show that the lysine-specific demethylase 1 and repressor element-1 silencing transcription factor corepressor 1 (LSD1/CoREST) histone demethylase complex interacts with BCL11A and is required for full developmental silencing of mouse embryonic β-like globin genes and human γ-globin genes in adult erythroid cells in vivo. In addition, LSD1 is essential for normal erythroid development. Furthermore, the DNA methyltransferase 1 (DNMT1) is identified as a BCL11A-associated protein in the proteomic screen. DNMT1 is required to maintain HbF silencing in primary human adult erythroid cells. DNMT1 haploinsufficiency combined with BCL11A deficiency further enhances γ-globin expression in adult animals. Our findings provide important insights into the mechanistic roles of BCL11A in HbF silencing and clues for therapeutic targeting of BCL11A in β-hemoglobinopathies.
View full list of publications

Providing administrative support to Research Faculty and their staff.

Genetic and epigenetic mechanisms of hematopoetic stem cell identity and function, blood cell development, and blood cancers in the context...

Primary research involves hematopoeitic stem cells and how these cell populations are altered with age, and how these alterations...

Currently researching the microenvironment of breast cancer, in order to develop new strategies of immunotherapy.

At the moment I'm looking at ways to organize and distribute our animals in the most organized but user friendly way...