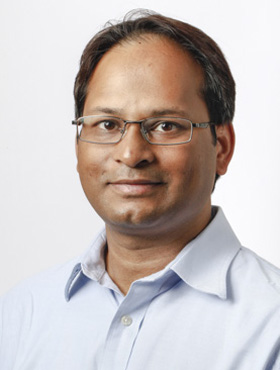 For circadian behavior, mutagenesis screens have identified core regulators of the autoregulatory feedback loop, such as Clock and Period. Although much is known about the circuitry that regulates motivation and reward behaviors, forward genetic approaches have not been widely applied to dissect these behaviors in mice. This leaves open the possibility of discovering novel genes, alleles and pathways that regulate these behaviors. Using high-throughput screening to discover mutants for acute cocaine response and open-field behavior, we have developed a collection of cocaine-response and open-field behavioral mutants that we are characterizing. We have genetically mapped three of these lines and are performing next-generation sequencing to identify the causative mutation. We have also used QTL analysis of two closely related mouse substrains to identify a novel gene, Cyfip2, that regulates cocaine response. Using genetics as its foundation, and a combination of biochemistry, physiology and imaging techniques, we dissect complex behavior in mammals.

As part of the NIH Neurogenomics project (Vitaterna, Pinto and Takahashi, 2007) we screened 10,000 mice per year for five years in six phenotypic domains. Vivek led the psychostimulant response screen in which acute response to cocaine was measured as a locomotor output assay. He developed a high throughput video-based screening facility capable of testing 96 mice per day with only one technician, in a 1.5 hour combined open-field and psychostimulant response assay. At UT Southwestern Vivek conducted a second-generation screen that had a 10-fold increase in detection of true positive mutants (Takahashi, Shimomura and Kumar, 2008, Kumar et. al., 2011). Through these two screens, the Kumar Lab has a panel of mutants that we are characterizing and positionally cloning.  Some of the mutants are described at Kumarlab.org.

Utilizing quantitative genetics and positional cloning with two closely related mouse substrains, C57BL/6J (B6J – The Jackson Laboratory) and C57BL/6N (B6N – NIH), we have identified Cytoplasmic FMRP Interacting Protein 2 (Cyfip2) as a key regulator of cocaine response in mammals. This work has three major implications. First, we identified a mutation at the nucleotide level utilizing QTL analysis and provided genetic, biochemical and physiological evidence that CYFIP2 is a regulator of acute and sensitized cocaine response. Second, with over 20 commercially available C57BL/6 substrains, many with known behavioral differences, we describe a framework to utilize mouse substrains as a rich genetic source for discovering new genes and alleles that regulate behavior. If other substrains such as C3H/He and DBA/2 are included, hundreds of mouse substrains, many with known phenotypic differences, are available for analysis. Third, as the phenotyping phase of IKMC begins, care must be taken when comparing new behavioral data from B6N substrains with existing data from B6J, particularly for behavioral phenotypes (Kumar et. al., Science 2013).

The inbred mouse C57BL/6J is the reference strain for genome sequence and for most behavioral and physiological phenotypes. However, the International Knockout Mouse Consortium uses an embryonic stem cell line derived from a related C57BL/6N substrain. We found that C57BL/6N has a lower acute and sensitized response to cocaine and methamphetamine. We mapped a single causative locus and identified a nonsynonymous mutation of serine to phenylalanine (S968F) in Cytoplasmic FMRP interacting protein 2 (Cyfip2) as the causative variant. The S968F mutation destabilizes CYFIP2, and deletion of the C57BL/6N mutant allele leads to acute and sensitized cocaine-response phenotypes. We propose that CYFIP2 is a key regulator of cocaine response in mammals and present a framework to use mouse substrains to identify previously unknown genes and alleles regulating behavior.
View full list of publications

Vivek Kumar, Ph.D., has a background in neuroscience and specializes in addiction research. He will be joining the JAX...

Addiction is a chronic illness, with genetic, environmental and social aspects that are similar in scope to illnesses such...

Researches behavior and behavioral abnormalities, including addiction, ADHD and depression, using mouse genetics as a...

JAX scientists are intensifying their efforts to shed light on the genetic and neurobiological causes of addiction, along with the impact...

Innovative AI technology captures mouse sleep and social behaviors for the study of their influence on drug intake and...

Center for Systems Neurogenetics of Addiction

The Center for Systems Neurogenetics of Addiction (CSNA) aims to identify the biological relationships between the stages and patterns of...

I am interested in how host genome and environmental factors influence the role of gut microbiome in Alzheimer's disease...

I am interested in understanding how genes regulate the functional/structural integrity of the reward circuit and predispose individuals to...

Researchers at JAX and the University of Texas Southwestern Medical Center have identified two genes that play significant roles in...