Combatting Alzheimer's: Hope for the next generation 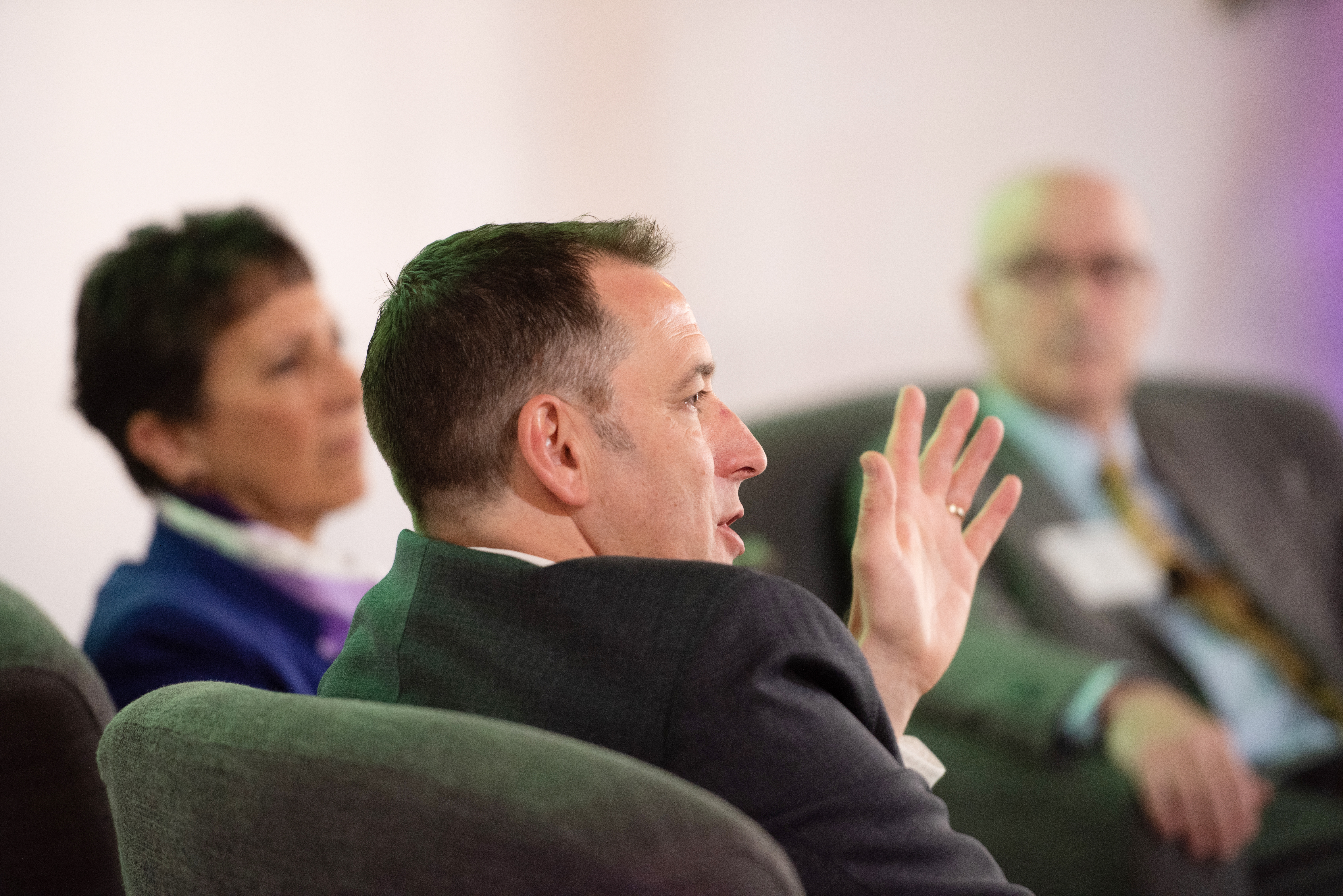 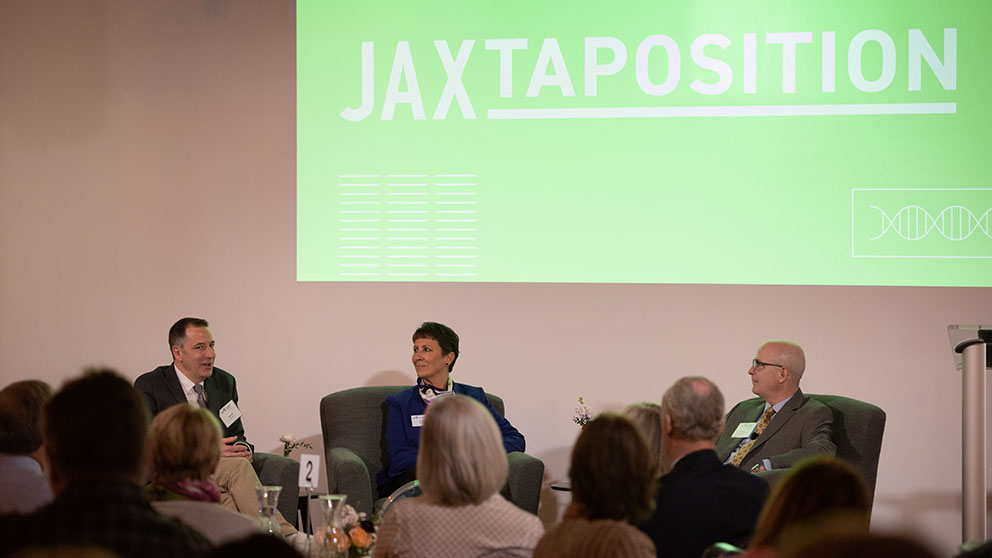 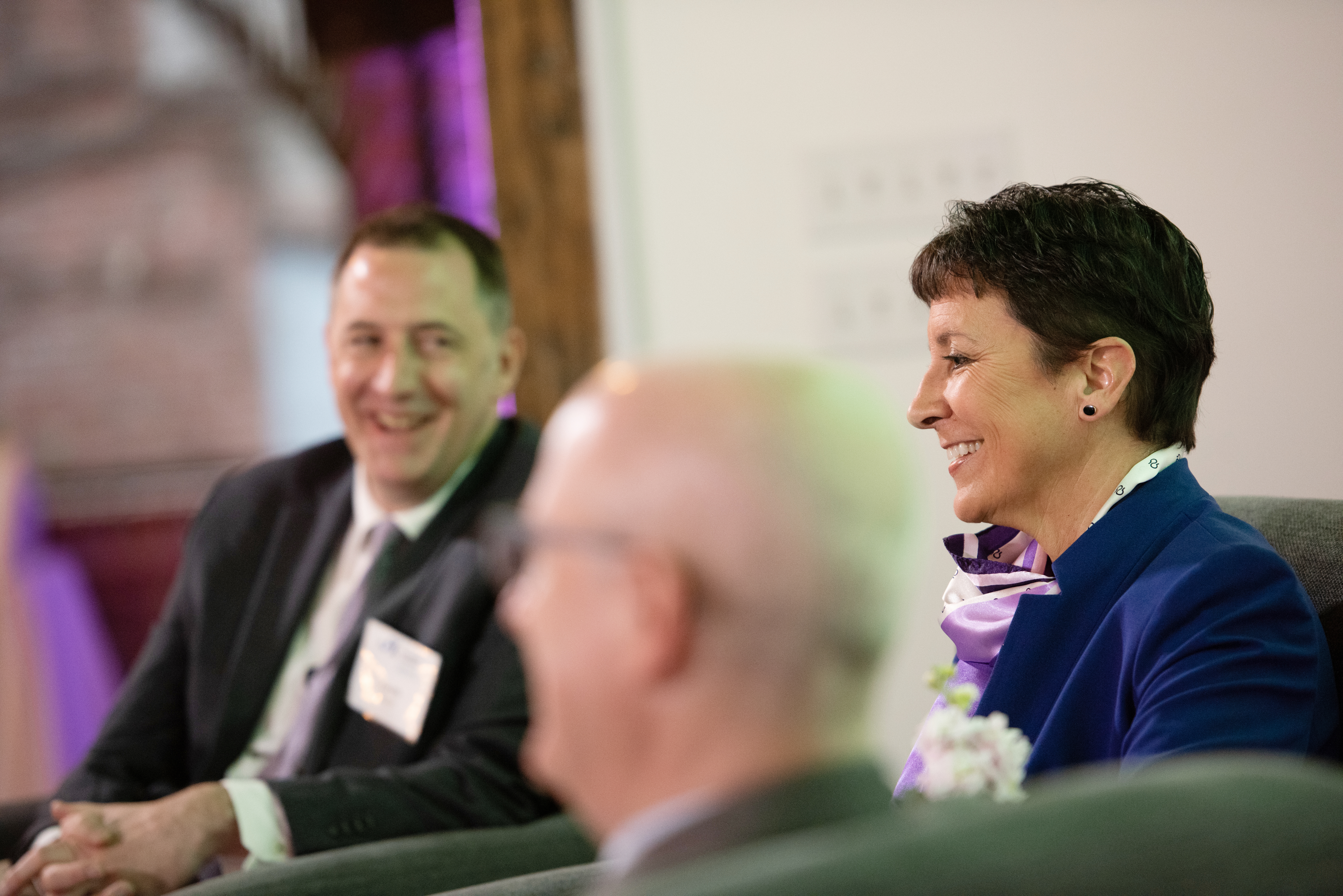 JAX experts are attacking Alzheimer’s from multiple directions in an effort to develop preventions and therapeutics for the 50 million people worldwide who suffer from the disease.

“We are working to make Alzheimer’s disease a nationally-recognized public health crisis,” Ballesteros said. “Our goal is to work with federal and state governments to put a framework around how we approach the disease, in the same way that we did with AIDS and cancer to move awareness of those diseases forward.”

“It’s hard to find somebody that hasn’t been affected by dementias or Alzheimer’s. It feels ubiquitous right now,” Leet noted during the discussion.

The biggest challenge with the disease, said Howell, is that it’s complicated. “It is not a single gene disorder,” he explained, “and even those are challenging to understand.”

However, noted Howell, “No single gene causes sporadic Alzheimer’s disease – it’s a combination of small changes within multiple genes that increase your risk.”

Creating a human population in a mouse model

However, Howell explained, scientists at JAX are now able to tackle this complex disease thanks to two major milestones. The first is the ability to sequence genomes faster than ever before. “The more genomes from people with Alzheimer’s disease that we sequence, the more we understand the genetics,” said Howell. “And you can identify those genetic changes that might increase your risk.”

The second major change is researchers’ ability to edit genomes of mice. Making a single genetic change in a mouse used to take years and tens of thousands of dollars. Now, it can be done in months, with a few thousand dollars.

This ability to interrogate vast amounts of human data using computation, make the necessary corresponding changes in mouse models, and then age those mice quickly, allows researchers to examine what different combinations of genetic risk factors can do to the brain.

“These two things come together and they really add to my optimism about understanding this disease,” said Howell. “The Jackson Laboratory is the only place in the world that can do something like this. Importantly, we are not limiting our studies to a single genetic background. We are assessing genes that increase risk for Alzheimer’s disease in genetically diverse and distinct mouse populations. Essentially, we are creating a human population in a mouse model.”

Not only are researchers at JAX varying the genetics, they are also varying the environment to ask questions that are incredibly challenging to be asked using human subjects. Much like genetic factors, environmental factors modify risk for Alzheimer’s. “Physical activity, diet, education, smoking, alcohol…a lot of those are the environmental risk factors for Alzheimer’s that we can modify,” says Howell, who recently published a paper in the journal Neurobiology of Aging on how exercise prevents obesity-induced cognitive decline in mice.

“As a society, we’re a little bit obsessed with weight loss,” noted Howell. “In our recent study using mouse models, we showed that exercise overcame many of the damaging effects of diet-induced obesity that increase risk for Alzheimer’s and related dementias. One of the most striking findings of the paper was that, for these mice, exercise - even in the absence of weight loss - was beneficial.”

The importance of philanthropy

Philanthropy catalyzed the funding for the MODEL-AD Center, a collaborative effort among JAX, Indiana University, Sage Bionetworks, the University of Pittsburgh and the University California, Irvine to develop and distribute new, more precise animal models of Alzheimer’s disease.

The Jackson Laboratory President’s Innovation Fund, an internal fund that allows JAX scientists to accelerate their high-potential, early-stage research ideas, is supported by philanthropy to the Laboratory. A grant from the President’s Innovation Fund allowed for early collaborative research between Howell, computational biologist Greg Carter, Ph.D.  and Research Scientist Michael Sasner, Ph.D.Focuses on creating and characterizing mouse models that accurately model human disease and therefore can be used to understand neurodegenerative disease and be used in the development of new therapies.Mike Sasner, Ph.D., - work that eventually led to more than $25 million in funding from the National Institutes of Health to establish MODEL-AD.

“That internal seed fund was instrumental to this work,” said Leet. “And it would not have been possible without the support of our donors.”

Today, it can take up to 11 months for a Maine patient to see a physician for an appointment about Alzheimer’s. “In an age where we realize that early detection is potentially the best opportunity for cures,” said Howell, “that is just too long.”

Ballesteros and her team are particularly focused on LD 455, a proposal before the Maine Legislature to expand research, development, education and clinical infrastructure to improve outcomes for Alzheimer’s patients and their families.

“In Maine alone, 28,000 people have been diagnosed with Alzheimer’s. Estimates are that 30,000 more have the disease but have not been diagnosed,” shared Ballesteros. “This legislation would provide significant opportunity, for Maine organizations and institutions to work together to change the trajectory of the disease for patients and families in the state.”

For the next generation

Next, Howell and his team are examining when Alzheimer’s and dementias start. The common assumption has been that the disease begins when the cognitive symptoms appear.

“Now that we’re understanding the disease, we’re realizing that that’s actually late,” said Howell. “So what are those earlier stages? And conversely, when are lifestyle adjustments like exercise most likely to have the greatest effect?”

Early research suggests that the earlier environmental risks are modified, the better. “In some ways, that comes as no surprise,” said Howell. “If we want to stop this problem for the next generation, let’s start by improving lifestyle now, for our children, today."