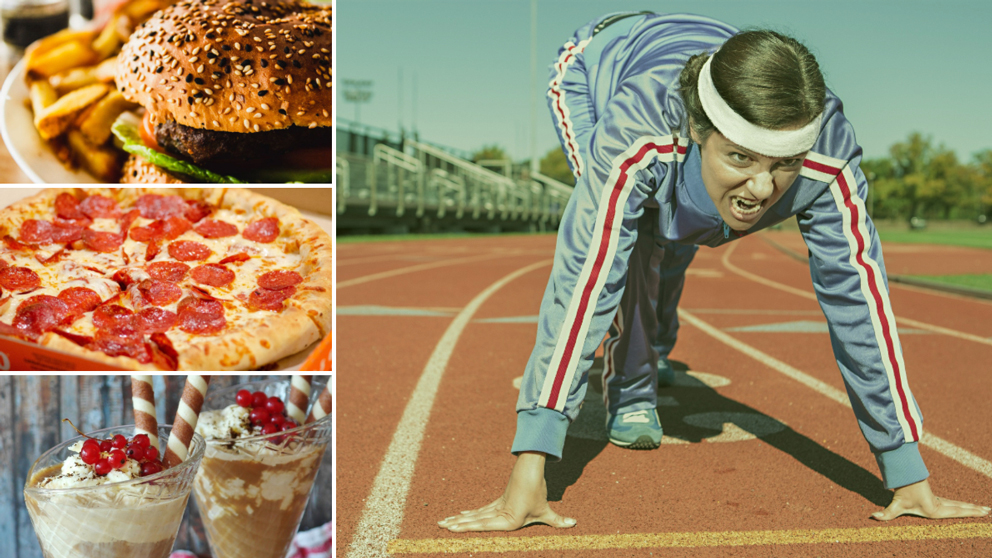 High in fats, sugars and salt, and low in fiber, the so-called western diet is already linked to obesity, cardiovascular disease and type 2 diabetes. It’s now also implicated in brain damage, including cerebrovascular damage that can lead to stroke.

But, as a Jackson Laboratory (JAX) research team showed, mice that exercised avoided the kind of damage that in humans has been associated with dementia, stroke and other negative outcomes, despite being fed a  Exploring the diet-life span connectionWhat's wrong with too many cupcakes? Mauro Costa's research with mice is revealing the metabolic effects of our dietary choices.western-like diet and gaining significant weight.

In research published in the journal Neurobiology of Aging, the team fed genetically identical mice either a western diet or typical, grain-based mouse chow from age 2 to 12 months, roughly the equivalent of human middle age. The western-diet mice were further divided into exercisers and non-exercisers.

The brains of the western diet-fed mice that did not exercise showed inflammation, white matter damage and cerebrovascular decline. The western diet also appeared to adversely affect the normal repair process of myelin, the protective coating of nerve fibers. Collaborators at Indiana University showed that similar changes were observed in human subjects with high body mass indices.

Yet the mice that exercised avoided these pathologies. “Encouragingly,” says Gareth Howell, Ph.D.Applies genetics and genomics approaches to study age-related neurodegeneration associated with Alzheimer’s disease, dementia and glaucoma.JAX Associate Professor Gareth Howell, Ph.D., whose team performed the research, “a modifiable risk factor such as exercise appears to prevent the neuroinflammation and cerebrovascular and white matter damage that the chronic consumption of a western diet causes.”