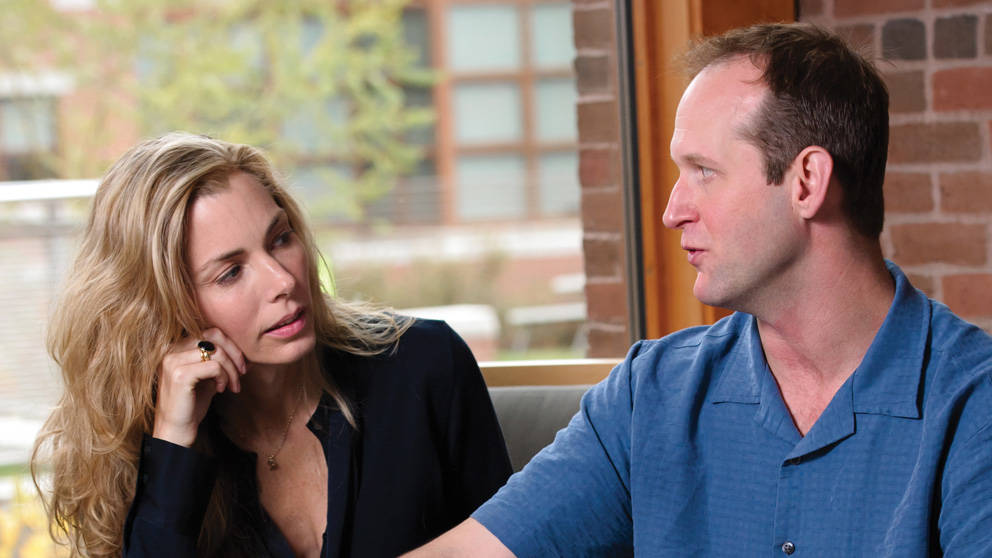 In 2009 an everyday annoyance turned into a fateful encounter for Rebecca Edwardson.

"I thought I just had a bad sore throat," says Edwardson, a retired international fashion model. "I didn't. I had cancer."

After 10-plus years as a model, Edwardson had returned to New York from Paris to earn an art history degree at Columbia University. She subsequently pursued a career in real estate and was making her mark in New York City residential property sales. Then came the sore throat. For most of us, the biggest worry is that we might have a case of strep. A trip to the doctor revealed something far more sinister: instead of bacteria, growing in Edwardson's throat was a rare kind of throat cancer, called acinic cell carcinoma.

Surgery and radiation therapy left Rebecca cancer-free. But coming to grips with her mortality, she says, was something of an ordeal.

You start looking at your life and start questioning things. One of things I felt I had fallen short on was giving.

"When you are diagnosed with a big disease, it's a life-changing thing that makes you think differently, or at least it made me think differently," Edwardson says. "You start looking at your life and start questioning things. One of things I felt I had fallen short on was giving."

Edwardson's success in two careers—she is now managing director of Warburg Realty—had been her life's focus. But she found that her personal struggle provided a new drive to help others.

"I have been very fortunate, including being a cancer survivor," she says. "But, when my day does come, I want to be able to look back and at least say 'I made an effort to help others, and whether I was successful or not I can know that I tried.' Until I was diagnosed in my mid-30s, I really couldn't say that, and I was a little bit disappointed with myself."

A focus on cancer

In America, half of men and one-third of women will be diagnosed with some form of cancer in their lifetimes. Of those who are, half will die of cancer.

Edwardson first learned of The Jackson Laboratory's cancer research from a friend who is involved in The National Council, the network of the Laboratory's most influential supporters.

With the help of another New York Chapter volunteer, Sidsel Robards, the two women co-chaired a Jackson Laboratory reception at the Bulgari midtown Manhattan store on Fifth Avenue in late 2010. They wound up hosting more than 125 guests, who heard Jackson Laboratory Associate Professor Kevin Mills, Ph.D., speak about his ongoing cancer research.

In November 2011, Edwardson and Robards spent a day at The Jackson Laboratory, seeing up close the work being done by Mills and his research team to develop an innovative approach to stopping cancer cell growth.

"We're working on being able to selectively eliminate cancer cells with minimal side effects by causing tumors to self-destruct," Mills told Edwardson and Robards as he walked them through his suite of laboratories. "Manipulation of genetic mechanisms that help grow tumors may provide new ways of killing cancer cells, without damaging or killing the healthy cells that surround them."

The passion behind the search for cures

"Ever since the day that I was first introduced to members of the Jackson community, I've been touched by how passionate everybody is, across the board, about The Jackson Laboratory," she says. "It feels very pure to me. I don't think every charitable organization has purity, unfortunately."

Edwardson says the day she and Robards spent touring the Laboratory and discussing cancer research galvanized her commitment to supporting the work in ways that will impact public health on a global basis.

"All of my instincts about how passionate, about how pure, about how important, about how enormous The Jackson Laboratory is both in terms of size and effect were reconfirmed," she says of her day in Bar Harbor. "They have a talent, they have the passion, they have the facilities. They have everything they need except funding."