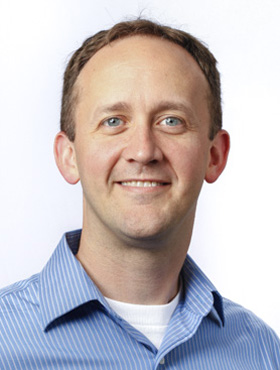 The Islets of Langerhans are clusters of endocrine cells in the pancreas that contain the specialized sugar-sensing and insulin/glucagon-releasing cells that are integral to maintain normal blood sugar levels in our bodies. Type 2 diabetes (T2D) occurs when these pancreatic islets fail to release insulin or do not release it in sufficient amounts. It is known that genetic factors play a crucial role in the etiology of diabetes.

My laboratory studies the epigenomes of human islets and those of their cellular developmental precursors to identify how genetically wired programs within them may go awry to cause diabetes. The epigenome refers to the entire set of heritable, genome-wide chemical modifications to DNA that regulate gene activity without altering the DNA sequence itself. One aim of my lab is to use the epigenome as a molecular readout of the effects that diabetes-associated DNA variants exert on gene-expression programs and islet function. Emerging evidence suggests that a cell’s epigenome can be altered by conditions such as chronic stimulation or stress; this can lead to abnormal cellular functions. My lab is investigating how the islet epigenome is altered under these conditions and seeks to identify the precise alterations in the epigenome of the pancreatic islet that may lead to type 2 diabetes. Finally, we are pursuing targeted modification of the cellular epigenome to generate bona fide pancreatic islet cells from pluripotent stem cells or from other terminally differentiated cells with the goal of identifying potential cell-based treatments for type 2 diabetes (T2D).

Each and every cell in our body contains about 6 billion nucleotide letters constituting our DNA alphabet (3 billion originate from Mom and Dad each, respectively). Only ~1.5% of these nucleotides encode proteins. The remainder has been referred to as junk DNA or the dark matter of the genome. However, emerging data from the ENCyclopedia Of DNA Elements (ENCODE) Consortium and from independent laboratory studies strongly suggest that a substantial portion of these genomic regions function throughout both development and adulthood as molecular switches called enhancers, which control when, where, and how much gene product is generated.

My current work at The Jackson Laboratory is based on research questions and work that I initiated during my postdoctoral fellowship with Dr. Francis S. Collins at the National Human Genome Research Institute. I co-led an epigenetic study to identify molecular switches in human pancreatic islets that may be associated with T2D. As a result of this work, we produced a reference epigenome map of human pancreatic islets (Stitzel et al., Cell Metabolism, 2010), noting that the overwhelming majority of DNA changes shown to be associated with type 2 diabetes are located within these islet regions (61/86) as are most of those associated with the genetic control of fasting blood sugar (glucose; 14/17 known changes) and proinsulin levels (8/9 known changes; Parker, Stitzel et al., PNAS, 2013).

Which switch(es) control which gene(s)?

Answering this question will represent an important step toward translating the statistically significant associations observed between certain single nucleotide polymorphisms (SNPs) in each person’s genome and the occurrence of T2D into potential clinical insights. Our epigenomic analyses of pancreatic islets have implicated variation in both islet promoters and enhancers in T2D-related pathophysiology. Promoters are the starting points of gene transcription, making target gene identification of these elements straightforward. Identifying the gene(s) that are targeted by enhancers (and therefore most of the T2D GWAS SNPs) is more challenging. For example, a previous investigation of Polymerase II-mediated intrachromosomal interactions has indicated that enhancers skip the nearest promoter on the linear DNA strand, and instead regulate a more distant promoter, up to 40% of the time (Li et al., Cell 2012). A very recent study suggests that extensive interchromosomal interactions occur in the nucleus (Zhang, Wong, et al. Nature 2013). Therefore, to identify enhancer-enhancer and enhancer-promoter interactions in human islets (and to thus identify putative type 2 diabetogenes), it is necessary to study interactions within and between chromosomes. Toward this end, I am collaborating with Dr. Yijun Ruan, Director of JAX Genomic Sciences, to apply chromatin interaction analysis with paired-end tag sequencing (ChIA-PET) technology in islets to answer this important question.

We hypothesize that multiple T2D-related gene variants contribute genetic susceptibility to T2D by altering promoter and/or enhancer activity and gene expression in human pancreatic islets. We are currently exploiting the extensive nucleotide diversity present in human populations to test this hypothesis by analyzing allelic imbalances in either histone modifications that are enriched at these elements or in the mRNA transcripts produced by active islet genes. We count the number of times a particular SNP allele is seen (e.g., 5C vs. 2A in the histone modification or 5G vs. 2A in the messenger RNA in the picture) as a measure of SNP effects on these properties. We have recently applied this approach to demonstrate that certain T2D SNPs in the ARAP1 promoter region are associated with higher promoter activity and increased ARAP1 expression (Kulzer et al., AJHG 2014 in press). We are aggressively analyzing more human islet samples to identify additional variants that alter the activity of enhancers and promoters and to determine how subsequent changes in gene expression may lead to T2D.

To further pursue these questions, future work in my lab will include: (1) developing alternative and improved techniques to identify stretch enhancers in additional cell types and (2) implementing methods to create and destroy stretch enhancers and to manipulate stretch enhancer activity. Together, we anticipate that these approaches will allow us to coax pluripotent stem cells to mature toward a specific cell fate (directed differentiation), to convert one cell type to another (trans-differentiation), and to modulate genetic susceptibility to common diseases including T2D.

The interaction of SARS-CoV-2, the novel coronavirus causing the global COVID-19 pandemic, and the human immune system has been the focus...

Applies bioinformatics and machine learning algorithm methodologies to explore high-dimensional genomic datasets with an emphasis on...

Captures gene expression data and disseminates it to the research community.

JAX is shaping the future of health, making it possible to use an individual’s unique genomic makeup to predict, treat, and...

Our Farmington campus is home to The Jackson Laboratory for Genomic Medicine. Researchers here focus on human genomics, complementing our...

This JAX short course brings together world-renowned experts in addiction, human genetics, and mouse genetics. Through a combination of...

PAST EVENT: Join us to expand your professional skills as you embark on a fulfilling science career.

Investigates the genetics of metabolic syndrome and ciliopathies.