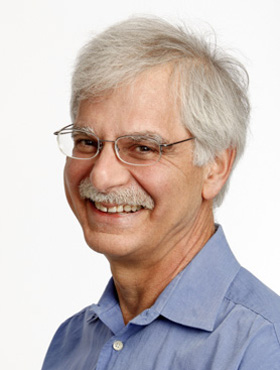 The overall goal of our laboratory is to understand why the immune system causes autoimmune diseases. We focus on the disease mechanisms of systemic lupus erythematosus (SLE) and related autoimmune disorders, and explore possible therapeutic approaches that can be translated to human treatments.

SLE is a poorly understood, highly variable autoimmune disorder in which auto-antibodies attack multiple tissues, including the joints, skin, lungs, blood vessels, heart, liver, nervous system and kidneys. Its current treatments remain primitive, typically involving high-dose corticosteroids and other immunosuppressive agents that are encumbered with significant side effects. More efficacious therapies that specifically target key mediators of SLE hinge on the basic research needed to better understand this disease. There is increasing appreciation of the importance of Toll-like receptors (TLRs) in the immunological defense against infection. Unfortunately, these same TLRs can also function aberrantly to promote autoimmune diseases. One TLR in particular, called TLR7, is proving to be important for initiating SLE-like autoimmune diseases. A major goal of our laboratory is to understand how TLR7 causes autoimmunity. We study a mouse model that spontaneously develops an SLE-like autoimmune disorder because of a mutation that results in excess expression of TLR7. This model is notable in that it manifests the Type 1 Intereron “signature” that is characteristic of human SLE. Moreover, the disease of these mice requires the cytokine Interleukin 21, which is strongly implicated as promotor of human SLE. We are deeply investigating the mechanisms that cause cells to produce Interleukin 21 and how this cytokine contributes to SLE. Overall, our intent is to fully exploit the capabilities of such mouse models to reveal the cellular and molecular causes of SLE and to use this information to conjure novel therapies can be applied to prevent or treat this disease.

Another goal of our laboratory is to develop information that broadly accelerates the development of biological therapies. Antibody-based therapeutics are increasingly proving to be safe, effective treatments for a wide range of disorders, including autoimmune disease and cancer. We have shown that a novel receptor protein called FcRn is critically important for ensuring the persistence and therapeutic benefits of antibody therapies. We have developed humanized mouse models that are customized for preclinical biotherapeutic evaluations. One avenue of investigation is to exploit the interaction between antibodies and FcRn to further extend the persistence therapeutic antibodies. Another is to exploit humanized mouse models to accelerate the development of exciting and new serum albumin-based therapeutics.

Genetics and mechanisms of epidermolysis bullosa

Epidermolysis bullosa (EB) is a group of non-curable rare genetic diseases in which the skin and mucus membranes are weakened to the extent that minor abrasions cause blisters, disfigurations and in severe cases loss of extremities and death. Our research here is focused on understanding the genetic causes of this disease and how defects in the proteins of the skin cause EB. Studies of humans with EB is difficult and challenging. We have manipulated the genetics of mice to create surrogates that develop EB with surprising similarity to the human disease. We take advantage of new engineering methods to alter the genetics of these mouse models, to define genetic configurations that exacerbate or ameliorate EB, and to define the underlying mechanisms that control the intregrity of the skin. Through these studies, we hope to develop therapies that could strengthen the skin of patients affected with EB.

The neonatal crystallizable fragment receptor (FcRn) is responsible for maintaining the long half-life and high levels of the two most abundant circulating proteins, albumin and IgG. In the latter case, the protective mechanism derives from FcRn binding to IgG in the weakly acidic environment contained within endosomes of hematopoietic and parenchymal cells, whereupon IgG is diverted from degradation in lysosomes and is recycled. The cellular location and mechanism by which FcRn protects albumin are partially understood. Here we demonstrate that mice with global or liver-specific FcRn deletion exhibit hypoalbuminemia, albumin loss into the bile, and increased albumin levels in the hepatocyte. In vitro models with polarized cells illustrate that FcRn mediates basal recycling and bidirectional transcytosis of albumin and uniquely determines the physiologic release of newly synthesized albumin into the basal milieu. These properties allow hepatic FcRn to mediate albumin delivery and maintenance in the circulation, but they also enhance sensitivity to the albumin-bound hepatotoxin, acetaminophen (APAP). As such, global or liver-specific deletion of FcRn results in resistance to APAP-induced liver injury through increased albumin loss into the bile and increased intracellular albumin scavenging of reactive oxygen species. Further, protection from injury is achieved by pharmacologic blockade of FcRn-albumin interactions with monoclonal antibodies or peptide mimetics, which cause hypoalbuminemia, biliary loss of albumin, and increased intracellular accumulation of albumin in the hepatocyte. Together, these studies demonstrate that the main function of hepatic FcRn is to direct albumin into the circulation, thereby also increasing hepatocyte sensitivity to toxicity.
View full list of publications

Conducts research to understand why the immune system causes autoimmune diseases and to devise methods to predict and treat...

PDX tumor models retain much of the biological diversity and heterogeneity of the original patient tumor. Advances in the development of...

Investigating type 1 diabetes and the development of therapies using mouse models of the disease.