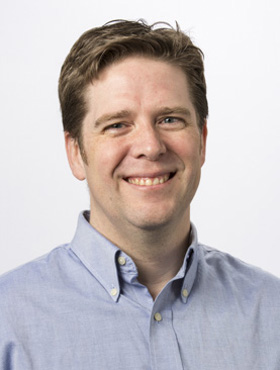 Investigating the genetic mechanisms of craniofacial development and developing new genetic tools and resources for the scientific community.

Cleft lip with or without cleft palate is seen at a frequency of approximately 1 in 700 newborns, making it one of the most common congenital birth defects in humans. In addition to disabilities in speech, feeding and breathing, these malformations have a dramatic impact on the physical appearance of the affected individual, often with devastating psychological and social consequences. The etiology of orofacial clefting is known in only a minority of cases, emphasizing the need for better understanding of the genes responsible for the normal development of the lip and palate.

Genetic regulation of secondary palate formation can be divided into three stages: vertical palate shelf growth and patterning, palate shelf elevation, and palate shelf fusion. Defects in any of these processes can result in a cleft palate phenotype, and the mouse has proven to be a critical tool in identifying some of the genes that regulate these events.

My interest in neural crest and craniofacial development derives from our work to understand the role of Snail family genes in neural crest development. Conditional ablation of Snai1 in a Snai2 KO background results in cleft palate and mandibular defects, modeling human Pierre-Robin syndrome (Murray et al., 2007) As part of an ENU mutagenesis screen, we have recently identified a novel mouse model of cleft palate, clfp4, which displays cleft secondary palate, omphalocele and skeletal malformations with variable phenotypic expressivity. Histological analysis has revealed that the cleft palate in these animals results from a failure of palate shelf elevation. Defects in ventral body wall fusion are accompanied by a failure of the sternum to fuse. Overall, mutant embryos show some degree of axial truncation and display widespread superficial epithelial blebbing and hemorrhage. The mutation is caused by a novel gene not previously associated with craniofacial defects, and neural crest-specific deletion of the gene results in both cleft palate and hemorrhage, suggesting a role in the differentiation of multiple neural crest-derived cell types. Because the cephalic vascular smooth muscle cell lineage is exclusively neural crest derived, we are testing whether this gene is specifically required for mural cell differentiation, recruitment and migration to developing blood vessels, progenitor proliferation and/or maintenance as components of blood vessel architecture. We have also, through the KOMP2 program, discovered a number of novel gene knockouts that result in craniofacial abnormalities and performing a deeper, follow-up analysis on several of these lines. Finally, in collaboration with Dr. Paul Robson at JAX-GM, we applying single-cell genomic techniques to expand our understanding of the gene regulatory networks that govern neural crest formation, migration, and differentiation.

We also take advantage of the large collection of mutant strains at JAX with craniofacial disorders, both spontaneous and induced, all of which have a developmental etiology (Palmer et al., 2016). We perform deep phenotyping of the mutant lines to dissect details of the craniofacial defects and to identify additional comorbid phenotypes that inform human disease relevance, and use high-throughput sequencing (HTS) to discover the causative genes. We are now expanding this program to take advantage of the KOMP2 program (see below) and our micro-CT imaging capabilities to screen KOMP2 mice for craniofacial abnormalities. As this is a phenotype-driven screen, we have identified new genes not previously implicated in craniofacial development, new alleles that reveal phenotypes different than typical targeted mutations, and new human disease-relevant models that can arise only on a specific mouse genetic background.

The overarching goal of the Knockout Mouse Phenotyping Program (KOMP2) and its partners in the International Mouse Phenotyping Consortium (IMPC) is to generate and phenotype a genome-wide set of knockout mice to build a comprehensive catalogue of gene function. My group leads the JAX KOMP2 Production effort to produce cohorts of more than 1,850 knockout lines for high-throughput phenotyping, including assessment of viability and fertility. Phase 1 of the program used embryonic stem cell resources from the International Knockout Mouse Consortium (IKMC), while Phase 2 has transitioned to using CRISPR/Cas9, allowing us to target more genes and genes not covered by IKMC resources. These mouse models are made available to the scientific community through the JAX Repository and the KOMP Repository. In addition, we established a broad, high-throughput embryonic phenotyping pipeline of lethal lines to capture rich data sets and expand our understanding of novel gene functions (Dickinson, et al., 2016). Looking at multiple time points, the goal is to provide basic assessment of the window of lethality and gross morphological phenotypes. The platform incorporates state-of-the-art high-resolution imaging, including optical projection tomography (OPT) and micro-CT, which allows us to identify numerous phenotypes at high-throughput, while providing valuable datasets for other investigators. Overall, the consortium has found that knockouts of fully 25% of all genes tested are lethal prior to wean, and an additional 10% show subviability. Identification of the essential nature of these genes and their phenotypes is enormously valuable (cite paper), for both the human genetics and developmental biology fields.

Building on our experience with genome editing technology in the lab, we are collaborating with a number of groups to model rare human developmental disorders in the mouse. We use our KOMP2 Embryo Phenotyping platform to characterize mutants, triaging individual targets for deeper analysis. For example, we recently showed that mutations in the nonsense-mediated decay machinery results in multiple congenital abnormalities, including defects in heart and brain development.(Shaheen et al., 2016) Using the power of CRISPR technology, we have developed an approach to rapidly and directly characterize phenotypes in F0 embryos, eliminating the time and cost associated with establishing and breeding a mouse line. In our proof-of-principle experiments, we were able to confirm that human mutations in the novel gene Mmp21 cause left-right asymmetry defects associated with congenital heart defects in a number of human pedigrees.(Guimier, et al. 2015). This technique is remarkably efficient, resulting in a high proportion of phenotypically affected embryos. While embryos do display some degree of partial editing and mosaicism, a majority were sufficiently mutated to present with the phenotype. We are continuing to optimize our CRISPR editing process to achieve greater levels of knockout and knockin efficiency and developing better approaches to quantitation of the alleles generated during the editing process. We are now applying the approach to several specific problems, such as novel putative human disease alleles, de novo mutations that are typically not transmitted, testing oligogenic combinations of mutant alleles, and facilitating the analysis of haploinsufficient lethal phenotypes.

The ability to manipulate the genome in both time and space is a critical component to our genetic engineering toolbox, allowing for complex tissue-specific genetic manipulation of gene function. The two-part system relies on a resource of conditional-ready genes (e.g. the KOMP2 resource) coupled with a large catalogue of tissue-specific Cre recombinase-expressing lines. Deep understanding of the expression and activity of these Cre lines is critical to their effective use. Through a partnership with Mouse Genome Informatics (MGI) at The Jackson Laboratory, we have established a one-stop shop for both Cre strains and functionality data. This includes our broad characterization pipeline that extends functional data for the scientific community, including both on-target and off-target activity (Heffner, et al., 2012). More recently, we’ve implemented targeted locus amplification (TLA) as a tool to identify the sites, and consequences, of transgene insertion for a number of highly-used Cre lines. In collaboration with MGI, we make all of our data available on the Cre Portal (www.creportal.org), a comprehensive database of Cre lines and their function. Finally, we’ve partnered with multiple research consortia to expand the number of Cre lines available, including the FaceBase Consortium (Craniofacial) and EUCOMMTOOLs, in addition to using CRISPR/Cas9 at JAX to generate lines in high-demand in the community.

I make guides using CRISPR technology for our KOMP II microinjection pipeline. I have done GQC for the KOMP I project, and I am continuing...

I am interested in using genetic tools and mouse models to study novel knock-outs and rare genetic conditions with the...

Top 5 tips to get ready for your new research mice

Learn about tips to help you get ready to receive new research mice and provide them a smooth transition before you start...

We have expanded our 15-year collaboration with UC Davis to provide mutual support in research infrastructure and...

Find out how laboratory mice pick up pinworm parasites. Learn how this can affect your research and how to deal with this...

Minimizing mouse-handling stress: how would you like being picked up by your tail?

Handling mice is an unavoidable routine of animal caretakers. Learn how to minimize laboratory mice stress levels, so you don’t affect your...