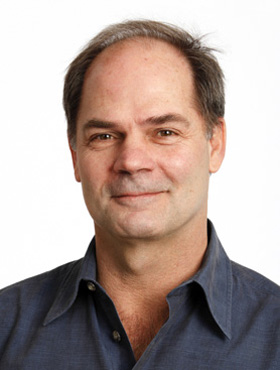 Gametes (sperm and eggs) are highly specialized cells. Spermatozoa contain condensed chromatin, a flagellum, and an acrosomal vesicle whose contents are used for penetrating the outer layer of the egg. Oocytes, unfertilized eggs, have an exceptionally large cytoplasm containing RNA and protein that drives the early cleavage divisions and reprograms the male pronucleus to support early development.

In mammals, inductive signaling early in embryogenesis creates a small number of primordial germ cells (PGCs). In both sexes, PGCs migrate to the presumptive gonads, the genital ridges, where in females they initiate meiosis and in males they undergo mitotic arrest. Spermatogenesis occurs postnatally within the seminiferous tubules of the testis. Seminiferous tubules contain a single type of somatic cell, the Sertoli cell, and germ cells at all stages of proliferation and differentiation: spermatogonial stem cells, proliferating and differentiating diploid spermatogonia, spermatocytes in different stages of meiosis, and haploid spermatids. Postnatal oogenesis involves the development of oocytes in growing ovarian follicles, where oocytes grow to be one of the largest cells in the body and communicate with proliferating somatic cells. In mammals, oocytes complete the first meiotic division during ovulation and the second meiotic division upon fertilization.

Spermatogonial (germline) stem cells (SSCs) in the testis maintain continuous gamete production postnatally. Cell intrinsic and extrinsic signaling maintains a balance between self-renewal and differentiation. We have shown that loss-of-function mutations in the gene encoding the promyelocytic leukemia zinc finger protein PLZF cause an age-dependent loss of germline stem cells leading to sterility. PLZF is expressed in germline stem cells and is required for their self-renewal. PLZF is a DNA binding protein that facilitates transcriptional repression through recruitment of chromatin modifying enzymes to specific DNA sequences. We are currently attempting to identify transcriptional targets of PLZF and determine how the somatic niche regulates PLZF. We have also shown that SSCs have unique epigenetic methyl-histone modifications that are distinct from their progeny. We suspect that these modifications are important determinants of cell fate and are currently testing this idea through SSC specific ablation of genes encoding key chromatin modification enzymes.

Testosterone is an androgenic steroid that binds to the androgen receptor (AR), a sequence-specific transcription factor. Whole body null mutations in the gene encoding AR result in complete androgen insensitivity syndrome. These individuals are externally female yet have undescended testes. Androgens also function postnatally. In the testis, AR is expressed in the steroid producing Leydig cells, where we have shown it functions in a short negative feedback loop to regulate cholesterol and steroid metabolism. It is also expressed in Sertoli cells, where it functions to support spermatogenesis, and in peritubular myoid cells, where its function is unknown. Using conditional genetic ablation of Ar in Sertoli cells, we have shown that AR signaling is required for three stages of spermatogenesis: progression through meiosis I, the differentiation of haploid round spermatids into elongating spermatids, and spermiogenesis, the release of fully differentiated elongated spermatids into the lumen of the seminiferous epithelium.

We have used gene expression profiling to identify several transcriptional targets of AR in Sertoli and in Leydig cells. These data suggest that androgens have both instructive and permissive roles in supporting spermatogenesis. One of the targets of AR in Sertoli cells, the Claudin 3 (Cldn3) gene, is expressed during the period when preleptotene spermatocytes move from the basal to the adluminal compartment of the seminiferous tubule. Claudin 3 is a transient component of the Sertoli cell tight junctions. We have shown that the permeability of the blood/testis barrier is compromised in Ar mutants and are currently testing the role of the loss of Cldn3 in the phenotype. Experiments are also underway to determine the importance of the stage-specific expression of Cldn3 and its importance in maintaining immune privilege to differentiating germ cells in the adluminal compartment.

Translational control is a major form of gene regulation during gametogenesis. We are investigating the importance and mechanism of translational control during spermatogenesis. Genes encoding the basic proteins required for chromatin condensation--transition protein 1 and 2 and protamine 1 and 2--are all under translational control. The protamine 1 (Prm1) gene is transcribed in round spermatids and its mRNA stored as an RNA/protein particle (mRNP) for up to 7 days before it is eventually translated in elongating spermatids. We showed that sequence elements important for both translational repression and activation lie entirely in its 3' untranslated region (3' UTR). Temporal translation of Prm1 mRNA is essential for spermatogenesis. Deletion of its 3' UTR and replacement with a heterologous 3' UTR leads to premature translation of Prm1, early DNA condensation, an arrest in spermatid differentiation and sterility.

We have identified a 17-nucleotide sequence referred to as the translational control element (TCE) that confers both translational repression and activation on a heterologous mRNA in mice. We are currently studying the position-dependence of this element and the mechanism by which it confers translational regulation. A second sequence element in the 3' UTR, the Y box recognition sequence (YRS), appears to be important for mRNA stability during the period of translational repression. We have identified two Y box proteins, MSY2 and MSY4, that bind to the YRS in vitro and that are associated with the endogenous mRNP in vivo. To determine if MSY4 can mediate translational repression in vivo, we generated transgenic mice in which the temporal window of MSY4 expression was extended during spermatogenesis. Expression of MSY4 disrupted the normal completion of spermatogenesis and caused dominant sterility. Translation of several mRNAs, including the Prm1 and Prm2 mRNAs, was repressed. Loss-of-function mutations in either Msy2 or Msy4 causes sterility. We are currently investigating the reason for the sterility in Msy2 and Msy4 mutants and are creating Msy2 Msy4 double mutants to examine possible redundancy in function.

Little is known about the mechanism of translational activation of translationally repressed mRNAs. However, we have shown that a loss-of-function mutation in the gene encoding TAR RNA binding protein 2 (TARBP2) leads to delayed activation of Prm1 translation and sterility. The timing of TARBP2 expression suggests that it may function as a chaperone in the assembly of specific translationally regulated RNPs. Several groups have recently shown that the human orthologue of TARBP2 interacts with DICER1, the enzyme that catalyzes the cleavage of precursor microRNAs into their mature products. We are currently examining the processing of small noncoding RNAs in Tarbp2 mutants and investigating the role of microRNAs in translational repression and activation. We have also created a germline specific mutation in the gene encoding Dicer1 and are characterizing the sterility in the mutant.

Geographic atrophy (GA), an untreatable advanced form of age-related macular degeneration, results from retinal pigmented epithelium (RPE) cell degeneration. Here we show that the microRNA (miRNA)-processing enzyme DICER1 is reduced in the RPE of humans with GA, and that conditional ablation of Dicer1, but not seven other miRNA-processing enzymes, induces RPE degeneration in mice. DICER1 knockdown induces accumulation of Alu RNA in human RPE cells and Alu-like B1 and B2 RNAs in mouse RPE. Alu RNA is increased in the RPE of humans with GA, and this pathogenic RNA induces human RPE cytotoxicity and RPE degeneration in mice. Antisense oligonucleotides targeting Alu/B1/B2 RNAs prevent DICER1 depletion-induced RPE degeneration despite global miRNA downregulation. DICER1 degrades Alu RNA, and this digested Alu RNA cannot induce RPE degeneration in mice. These findings reveal a miRNA-independent cell survival function for DICER1 involving retrotransposon transcript degradation, show that Alu RNA can directly cause human pathology, and identify new targets for a major cause of blindness.
View full list of publications

The American College of Obstetricians and Gynecologists (ACOG) recommends that both aneuploidy screening and diagnostic testing options be...

Robert Braun, one of the nation's leading reproductive biologists, has been appointed to the endowment established by JAX Trustee Weslie...

Dr. Robert E. Braun, Ph.D., began his career as truck driver. He soon switched gears and earned a Ph.D. from Tufts. He now...

Researching meiosis, the mechanisms of DNA damage detection and repair during normal development of gametes, and implications for fertility...

The JAX Center for Genetics of Fertility and Reproduction

Scientists in the JAX Center for Genetics of Fertility and Reproduction work on a variety of scientific problems of...

The Jackson Laboratory's research program into the earliest stages of life has a proud history and a bright future.