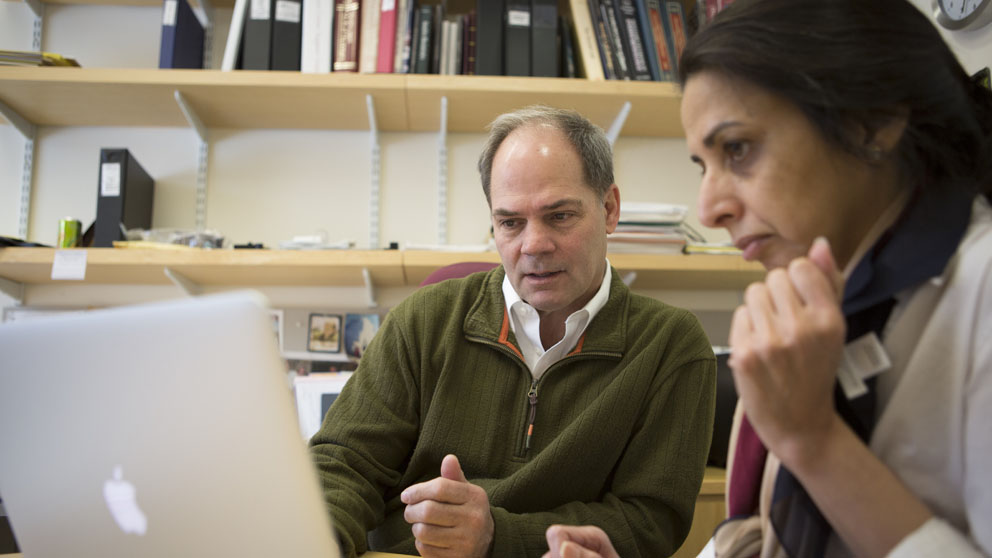 Once mammalian males reach maturity, they retain fertility for a surprisingly long time.

Male mice are fertile for most of their relatively short lifetimes, and humans for many decades. They produce mature spermatozoa in staggering quantities as well—one study estimated humans produce a total of 90 million per day, or about 1,000 per second. The persistence of the ability to produce and renew spermatozoa in these quantities, therefore, must be supported by a robust stem cell system that balances self-renewal with differentiation. Self-renewal at the expense of differentiation causes infertility and testicular cancer. Differentiation at the expense of self-renewal results in loss of the stem cell population and early onset infertility. A more thorough knowledge of the mechanisms that regulate stem cell robustness is critical to a better understanding of both testicular cancer and infertility.

The key lies with cells known as spermatogonia, precursor cells to spermatozoa. Spermatogonia can either divide to form two identical cells, in which case they are referred to as spermatogonial stem cells, or they can progress through meiosis, where they reduce their DNA payload from two copies to one copy of each of the 23 chromosomes, and then differentiate into mature spermatozoa. A model was proposed in 1971 to explain the process through which spermatogonia either self-renewed or irreversibly committed to differentiation. However, identification the actual spermatogonial stem cells has remained elusive for more than 50 years and subsequent research has indicated that the original model likely oversimplified the process.

The researchers worked with mice that overexpress glial cell-derived neurotrophic factor (GDNF), a growth factor required for spermatogonial stem cell self-renewal, to investigate PLZF, a protein involved with regulating gene expression which the Braun lab had previously shown is required for stem cell maintenance. They looked for genes that had large differences in expression levels in Plzf mutant versus non-mutant mice and found that one of the genes identified, Eomes, also was a target of PLZF regulation. The EOMES protein is known to play a critical role in embryonic development. EOMES-expressing cells are rare in the overall spermatogonial population, but the results demonstrate that they are indeed a long sought-after population of spermatogonial stem cells, and that PLZF regulates their proliferative activity to maintain stem cell function.