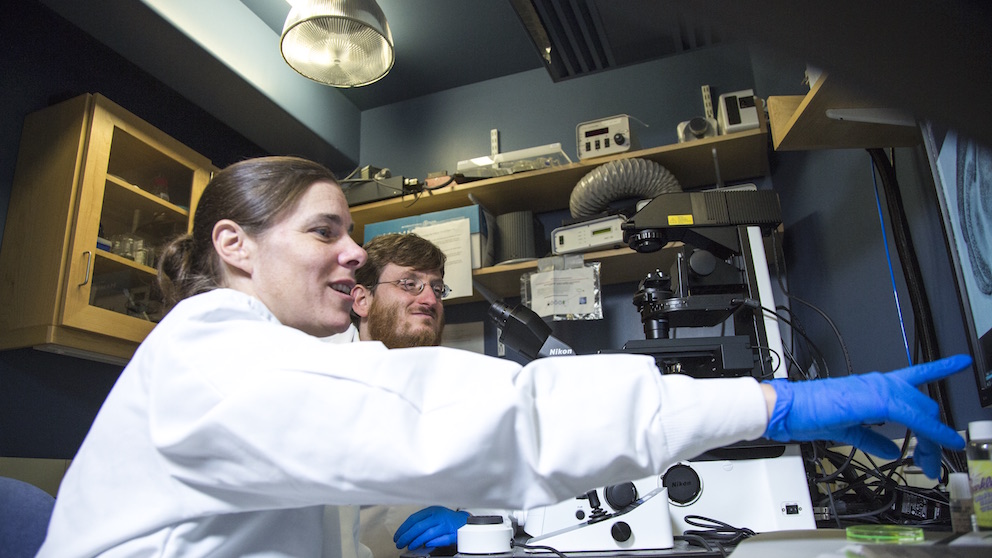 Catherine Kaczorowski, Ph.D., an assistant professor at The Jackson Laboratory (JAX), will receive a Young Investigator Award from the International Behavioural and Neural Genetics Society (IBANGS).

The IBANGS Young Investigator award recipient is selected based on the scientific importance of research discoveries, record of achievement, future scientific plans and projected impact on the field.

“Dr. Kaczorowski is widely acknowledged as an emerging leader in the neurogenetics of aging and Alzheimer’s,” says JAX Associate Professor Elissa Chesler, Ph.D., past president of IBANGS. “And it is clear that her contributions to research methodology will have impact in many other disease areas, too. This award recognizes her early accomplishments and her potential for future contributions.”

In May Kaczorowski and a second Young Investigator awardee, Dr. Karla Kaun of Brown University, will each deliver a lecture at the 2018 IBANGS annual meeting in Rochester, Minn.

“I am honored to be selected for this award,” Kaczorowski says. “It’s humbling to be included in this outstanding group of previous recipients. I want to congratulate my co-honoree Karla Kaun, and thank my exceptional research group, especially Sarah Neuner, and our funding through her F31 and BrightFocus grants for the early phase of this project.”

In 2017 Kaczorowski was awarded two multi-year grants from the National Institute on Aging totaling $8.6 million, and a Glenn Award for Research in Biological Mechanisms of Aging from the Glenn Foundation for Medical Research.

The International Behavioural and Neural Genetics Society was established in 1996 to promote and facilitate the growth of research in the field of neural behavioral genetics. The society has members world wide that study the genetic basis of a wide range of behaviors and brain disorders together with the underlying neuronal mechanisms using diverse species. The ultimate goal is to elucidate the molecular pathways through which genes together with the environment affect behavior.