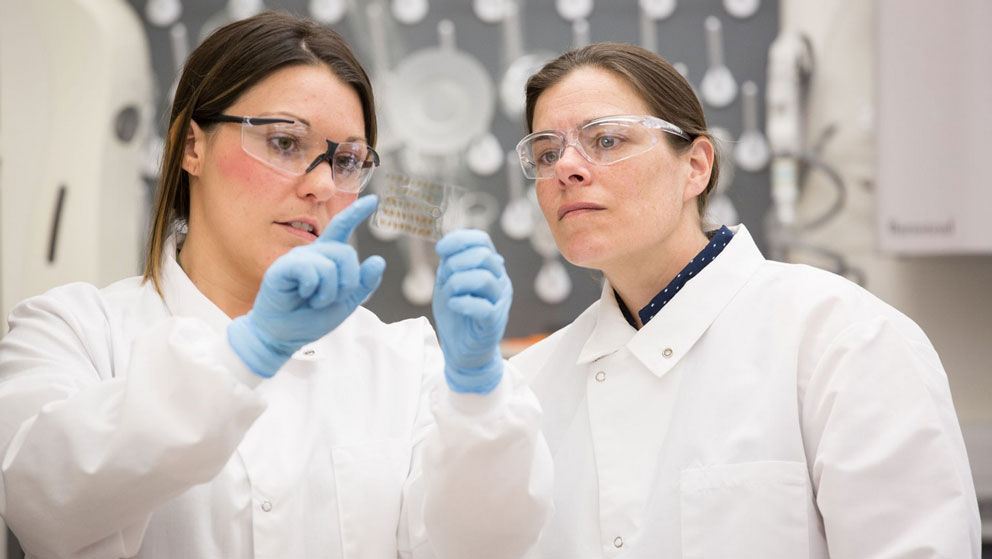 Jackson Laboratory (JAX) Assistant Professor Catherine Kaczorowski, Ph.D., has been recognized by The Glenn Foundation for Medical Research for her efforts toward gaining a better understanding of cognitive aging.

No one wants to hear the refrain: “Funding shortages threaten to impede scientific progress.” That’s why organizations like the Glenn Foundation for Medical Research (GFMR) exist to give an extra boost to the best, most promising scientists.

Each year, GFMR provides funding to researchers and laboratories doing excellent work in the field of aging research. Nominations are provided by a mysterious, anonymous scientific advisory committee. From the 2017 nomination pool, the GFMR selected JAX’s Kaczorowski lab as one of only a handful of recipients of a Glenn Award for Research in Biological Mechanisms of Aging, a one-time $60,000 grant awarded “to augment research” in the chosen labs.

Everything ages, but we don't really understand the fundamental processes that drive it.

When a scientist receives a monetary award, it’s usually because they applied for a grant or other source of funding. The award from the GFMR is a special case because it came completely unsolicited.

“Of all the labs doing aging research, they recognized our work and efforts toward identifying genetic mechanisms of normal cognitive aging,” Kaczorowski said excitedly.

Kaczorowski’s work stands out in the field of aging research for several reasons. Unlike many others, her lab studies aging in diverse mouse populations instead of genetically identical inbred strains, which provides a more accurate model of the diversity that appears in the human population. “Genetic complexity is critical for understanding normal physiology in humans,” explains Kaczorowski.

“I think the aging process itself is really interesting,” said Sarah Neuner, a predoctoral student in the Kaczorowski lab. “Everything ages, but we don't really understand the fundamental processes that drive it.”

Could 100 be the new 50? JAX researchers are using genomic technologies and specialized mouse models to decipher the changes that occur as a consequence of aging in order to extend our health span, delay age-related health issues, repair damaged organs and improve our quality of life.

Another reason Kaczorowski’s research stands out because its aim is not only to characterize the cognitive aging process but also to determine the genetic and physiological mechanisms that cause cognitive decline. The hope is that identifying causes of cognitive decline will eventually help scientists and doctors delay or prevent that decline. Kaczorowski says she expects the grant from the GFMR to accelerate the process of moving her laboratory’s results from basic science to clinical impact.

The GFMR award is only one of several grants and awards for the Kaczorowski lab this year, yet she has remained humble despite near-constant praise. Announcing the award on Facebook, she made sure to include her lab members in the accomplishment.

“I am so fortunate to lead a talented team focused on discovering mechanisms of normal aging,” Kaczorowski said. “I’m truly honored.”