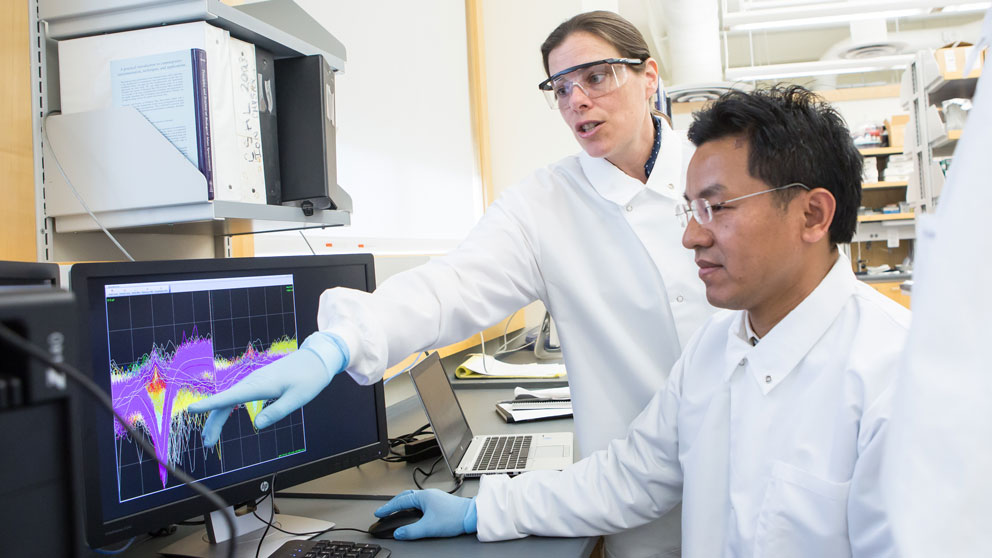 Catherine Kaczorowski, Ph.D., is focused on understanding how the brain changes as we age so that cognitive decline may not be an inevitable part of growing older.


Humans are living longer, but are we living better?

“To me, extending life span without extending cognitive longevity is simply extending years of your life where you would be really, really unhappy,” Kaczorowski says. Her research aims to understand what makes individuals more or less susceptible to cognitive decline.

Kaczorowski, the Evnin Family Chair in Alzheimer's Research, joined The Jackson Laboratory (JAX) in October 2016 and wasted no time in starting to fill the gaps she saw in existing Alzheimer’s and cognitive aging research. While most other aging studies simply attempt to draw connections between memory and changes in brain function and composition, the Kaczorowski lab is working to reveal the genetic and molecular mechanisms that underlie these changes in living organisms. Discovering those mechanisms will push the field of aging forward, edging ever closer to the goal of developing effective treatments to prevent and even cure dementias in aging.

In her early life, Kaczorowski might have scoffed at the idea that she would someday head a leading neuroscience research lab. Both parents worked in scientific fields, but she initially rebelled against the idea of following in their footsteps. Kaczorowski struggled in high school, failing to recognize the potential her teachers saw in her. It wasn’t until she took more challenging coursework in college that she really threw herself into her studies and excelled.

While still an undergraduate, Kaczorowski became pregnant with her daughter. With the support of her parents, she was able to continue her education at the University of Wisconsin in Milwaukee, successfully obtaining her degree in psychology while pursuing her interest in neuroscience. She was heavily involved in the lab of Fred Helmstetter, Ph.D., and she notes appreciatively that he didn’t treat her differently just because she had a young child. “Fred really pushed me hard,” she says.

Kaczorowski then moved to Northwestern University to earn her Ph.D. Although many labs initially expressed high interest in having such an exceptional student rotate through their labs, some shut their doors in her face after learning she was a single mother. However, Drs. John Disterhoft, Nelson Spruston and Rob Vassar — a trio Kaczorowski refers to as “the holy trinity of Ph.D.s” — recognized her potential and gladly accepted her into their labs. Kaczorowski smiles when she recalls her “really great time” spent in graduate school.

To me, extending life span without extending cognitive longevity is simply extending years of your life where you would be really, really unhappy.

Good mentoring helped Kaczorowski achieve the balance that let her enjoy both parenting and science. She once scheduled a meeting with Spruston to tell him that, since she had generous grant funding, she was planning to scale back her work in the lab in order to spend extra time with her daughter.

“Someone who didn’t really care about me or know what the future looked like — how hard it was to be competitive as a woman in science — would have said yes,” she says.

Spruston instead encouraged her to step up and make the most of her talent and her grant. They worked together to make a place for her daughter in the lab, childproofing a floor of the building so the preschooler could ride her training-wheeled bicycle around the circular hallway.

“I’m so glad he didn’t let me off the hook. I don’t think I would have made it to where I am today,” Kaczorowski says.

Spruston, who is now at the Janelia Research Campus of the Howard Hughes Medical Institute, also remembers the conversation.

“Succeeding in science requires hard work, long hours, perseverance and sacrifice,” he says. “Catherine did a wonderful job of finding the right balance between those things and being a great mother. To me, her story should be an inspiration to all women that it is possible to be a great scientist and a great parent.”

A lab of her own

Kaczorowski did her postdoctoral research under Andrew Greene, Ph.D., the head of the Biotechnology and Bioengineering Center at the Medical College of Wisconsin. The two began designing approaches to quantify low-abundance ion channels and receptors from brain tissue of aging and Alzheimer's disease mice. That research, originally deemed “nearly impossible,” led to Kaczorowski’s receiving a generous K99/R00 career development grant, which in turn allowed her to take a job as an assistant professor at the University of Tennessee Health Science Center. She began working to understand more about mouse genetics and complex traits; this work caught the attention of researchers like Gareth Howell, Ph.D., who helped recruit her to join JAX.

Since moving to JAX, Kaczorowski has already assembled a robust, vibrant lab. People inside and outside her lab are quick to praise her as a mentor and principal investigator. Helmstetter expected no less of her. “While I’m very pleased with how well she is doing now as an independent scientist, I can’t say I’m all that surprised,” he says. “We’re very proud of her.”

“She's really enthusiastic about the science, so it makes everybody else excited to do the project,” explains Sarah Neuner, a fourth-year Ph.D. student who moved to JAX with Kaczorowski from Tennessee. “There are days where I'm like, ‘What experiments do we get to do today?’ and I can't wait to get to the lab and start the next project.”

Even outside the lab, Kaczorowski has a hard time “turning her brain off” and allowing herself to think about things outside her research. Her solution? “I need to have something that is slightly death-defying or just super competitive to completely take my mind off of science,” she explains.

In graduate school, she raced her bicycle on roads and velodromes, and in Tennessee she helped retrain show horses for amateur riders, but she has yet to find her death-defying activity of choice in Bar Harbor. She plans to try rock climbing, but she also remains open to suggestions.

Kaczorowski is turning the question of cognitive decline on its head by looking at resilient mice and humans – individuals who appear to be cognitively healthy despite a genetic predisposition to dementia. “What are the genetic factors that are protecting their brains and memory? If we can figure out what that is, would it help everybody?”

Resilience isn’t discussed as often in medical circles because it so rarely appears in the clinic, but Kaczorowski’s diverse mouse population is the perfect place to observe it.

“If we could understand what resilience is and what the regulatory pathways are, that would have a direct translational benefit,” she says, noting that she is optimistic about seeing clinical results in her lifetime.

In May 2017, Kaczorowski received a $3.3 million federal grant from the National Institute on Aging. This funding will accelerate her research toward revealing the processes involved in both healthy aging and Alzheimer’s. Her results will be especially powerful when combined with simultaneous drug development and ultimately clinical trials.

“Our lab is focused on synergizing mouse and human genomics so we can translate results really effectively,” Kaczorowski says. “We need mice to get drug targets and to test causality.”

Kaczorowski says the passions driving her research have changed over time. “Earlier in my career, I would have said it was just about curiosity and trying to solve problems,” she says. “Now that I’m a faculty member and I've given talks to caregivers, patients and people in the community, I think a lot of my focus has shifted to impact. The idea of people not knowing where they are or who they're surrounded by and feeling like they are captives – that’s really terrifying,” she says. “You can't meet people who are suffering and not have that affect you.” 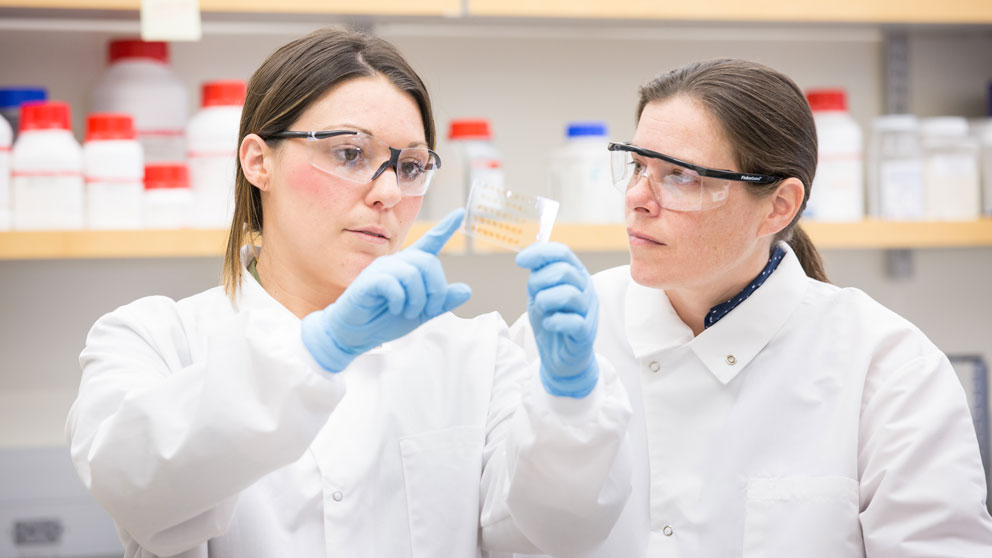