C. elegans — a tiny, transparent nematode — provides a valuable window on genes associated with aging and longevity in humans, and changes in gene expression throughout their brief lifespan are a rich source of discovery for aging-related genes, a Jackson Laboratory (JAX) research team has demonstrated. 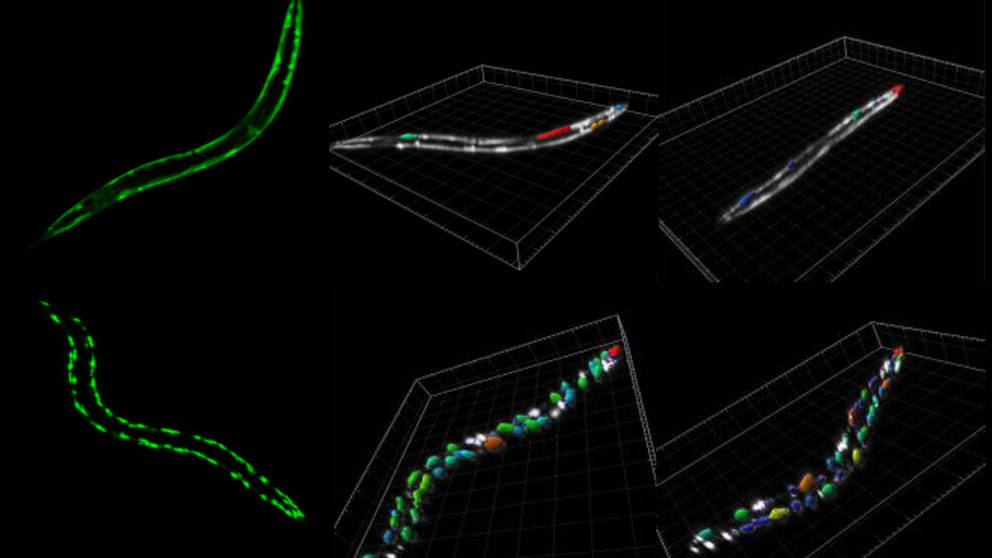 A short lifespan is a valuable trait in a research model for aging, and C. elegans typically lives just two to three weeks. The temperature of the nematode’s environment affects its lifespan, with higher temperature causing biological stress that accelerates aging. Genes that provide resistance to stress are thus likely candidates for increasing longevity.

As different as C. elegans looks from humans — it’s only about a millimeter long — we share many genes. The JAX researchers looked at 82 C. elegans genes corresponding to human genes that express, or behave, differently throughout lifespan. The researchers tracked the lifelong effect in C. elegans of these genes’ being turned off.

They identified 50 genes that affected healthspan (the length of time an organism lives before diseases of aging set in), 46 of which had never been reported.

For five of these novel genes, reducing their expression extended the nematodes’ lifespan at least 20 percent. The researchers note that three of these genes (kynu-1, tsp-3 and rcan-1) are of particular interest for immediate follow-up study; kynu-1, in fact, delayed the onset of pathology in C. elegans models of Alzheimer’s and Huntington’s diseases.

“This study highlights the strength of C. elegans as a comparative tool for prioritizing human candidate aging genes and confirms age-associated gene expression as a rich source for novel genes that play a causative role in aging,” the researchers state.

The JAX researchers collaborated with researchers at Erasmus Medical Center in Rotterdam, The Netherlands; Boston University School of Medicine, the National Heart, Lung and Blood Institute in Bethesda, Md., and the NHLBI Framingham Heart Study in Framingham, Mass.

The Korstanje lab conducts research across species — including zebrafish, mice, marine mammals and black bears — to explore the genetics of aging and kidney disease. JAX has a National Institute on Aging-designated Nathan Shock Center of Excellence for the Basic Biology of Aging.