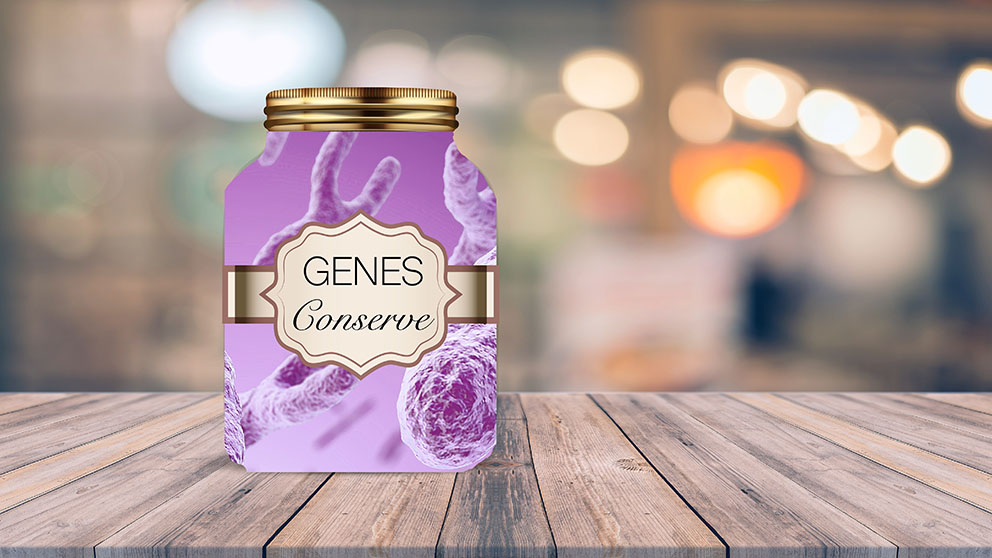 The word “conservation” has come to be associated with the environmental movement, and for good reason. Protecting our environment — land, flora and fauna, and all other kinds of natural wonders — involves conserving what we can and holding off change. For geneticists, however, conservation has an entirely different connotation.

In our internal environments, gene conservation is an important feature. It arises because certain processes are absolutely essential for all organisms. Making proteins, which carry out or facilitate pretty much every task needed at the cellular level, is one. Processing fuel (sugars for us) to energy is another. For these processes and many others, the genes that code for them have been around for a long time. As life evolved, instead of coming up with new ways to carry out the basics of survival, organisms conserved the genes responsible, keeping them as the creatures themselves grew ever more complex.

Want to know if a human gene is really important? Look at a fellow mammal like a mouse — they’ll have it, or something quite similar, known as an ortholog. Look at a fish — they’ll have it too. Now go further down the evolutionary path, to an invertebrate such as a worm. They might have it too. We even share genes with single-celled yeasts. Genes that can be found across the spectrum are called highly conserved, and they can teach us a lot about ourselves. But how does it work? What can we learn in yeast or worms that we can’t learn from simply studying ourselves?

From humans to worms

An excellent recent example comes from the laboratory of Jackson Laboratory Assistant Professor Ron Korstanje, Ph.D. Working with Postdoctoral Associate George Sutphin, Ph.D., Korstanje participated in the CHARGE consortium, short for Cohorts for Heart and Aging Research in Genomic Epidemiology. Studying aging in humans is difficult for obvious reasons, having to wait years or decades for many of your key data points being chief among them. So the consortium analyzed data about gene expression in blood cells obtained from nearly 15,000 people to see how it changed with chronological age. While not ideal — it would be great to track changes in gene expression in individuals longitudinally, over a long period of time — it provides a good starting point based on population averages. And sure enough, they found about 1,500 genes whose expression changed with age.

Which is terrific, except what is the next step? Just because a gene is more or less expressed with age does not necessarily mean that it plays a causal role in aging. You can’t knock out genes in people, or even block their function to see what happens without knowing if it’s safe. You could look at sequence data in large cohorts to see if there are any naturally occurring human “knockouts” in them (as a recent paper did in a study not related to aging) but what then? If there are subjects having loss of function mutations in one or more of the 1,500 genes and they remained healthy, that’s interesting, but they may not provide insight into longevity or even what the genes actually do (other than something that people can do a different way or survive without). And what about all the genes that would not be found?

The answer, as you may have guessed, is to take the list and work with organisms that make research into the genes feasible. Korstanje and Sutphin analyzed the CHARGE data and focused on the 125 human genes that exhibited the most significant expression differences with age. They found 88 orthologs in a small worm commonly used in biomedical research, Caenorhabditis elegans (C. elegans), and were able to work with 82 of them. C. elegans live for an average of about three weeks, allowing for rapid analysis of what happens to longevity when a particular gene is blocked.

The study is covered in depth in the resulting paper, but the take home is that 50 of the genes substantively affected life span, 46 of which had previously not been reported. Of those, five genes extended life span by more than 20 percent (about 4 days) — not all that long in the worm, but a 20% increase for humans would push average life span to nearly 100 years — and investigations into their functions revealed interactions with known aging pathways for all five. So an unwieldy list of 125 genes has been trimmed to a very manageable number of genes of high interest, thanks to studying their biology in worms.

From worms to mice to humans

Work is now underway to climb back up the evolutionary ladder and alter the genes and gene products in mice. Mice are longer lived than worms, to be sure — often living two years or more — but they share mammalian biology with humans and can provide more and better insights into aging mechanisms relevant to us. Of intense interest is the top candidate gene, called Kynu, which hasn’t been extensively studied despite being implicated in many diseases of aging in humans, including neurological and cardiovascular disorders.

Kynu is part of the kynurenine pathway, in which the amino acid tryptophan, of turkey dinner fame, is broken down to metabolic products. We know the basic biochemistry of the pathway, but its possible roles in aging and disease are still poorly understood. Can it be tweaked to increase longevity in mammals? Maybe, maybe not. But using mice to see what happens when the pathway is altered — blocked at different steps, its activity levels changed, etc. — will help begin to explain why it changes with age in us and extends life in worms.

In the end, conservation of the kynurenine pathway between worms and us and everything in between tells us it’s an important piece of our biology. Worms and mice provide researchers with a mechanism to study kynurenine metabolism in ways and at a level of detail that would be impossible if we just looked at ourselves. At the very least, the work ahead will reveal something about how our bodies work, and what happens when we start to age. At the very most, we may find ways to tweak our own chemistry to stave off diseases of aging and increase health span and life span. Either way, even though the research began with human data, worms and mice will make the real insight possible.