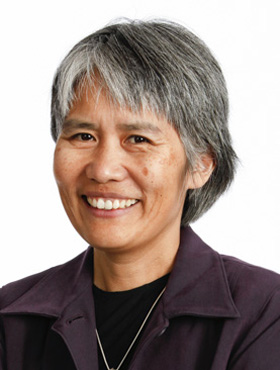 We have used mouse models as an entry point to identify molecules that are essential for normal retinal development and function through positional cloning efforts. We are now using these models to study the gene function and complex mechanisms underlying disease pathways, with a focus on genetic background effects, genetic modifiers and interaction partners.

The importance of the retinal pigment epithelium (RPE) to the health of the overlaying retina is well documented. The RPE serves a critical role in outer segment (OS) renewal. First, it serves to phagocytize and degrade proteins and lipids shed by photoreceptor OS discs, and second, it recycles the vitamin A chromophore necessary for the phototransduction cascade. OS phagocytosis consists of a number of steps including recognition and binding, ingestion and formation of phagosomes, and degradation. These processes appear to be regulated by circadian rhythms and response to environmental light, such that the number of phagosomes in the RPE is highest shortly after the onset of light. One can imagine that loss of function of any of the gene products along this complex pathway could lead to severe consequences for the survival of the photoreceptor (PR) cells in the eye. The retinal degeneration 6 (rd6) mutant is an autosomal recessive mouse model of retinal degeneration that was first detected by indirect ophthalmoscopy with white spots that were observable as early as 8 weeks of age and exhibited photoreceptor degeneration. The disease-causing mutation was identified as a 4 bp deletion in a splice donor site in the Mfrp gene that leads to the skipping of exon 4. The deduced amino acid sequence of MFRP indicates a transmembrane domain, two cubilin domains, a low-density lipoprotein receptor a domain, and a cystine-rich domain with high homology to the frizzled family of proteins. Mfrp is proposed to express as a dicistronic transcript with C1q- and tumor necrosis factor-related protein 5 (C1qtnf5). C1QTNF5 is a small secreted protein containing a complement C1q domain. The Mfrp-C1qtnf5 dicistronic message is expressed in the RPE cells and in the ciliary epithelium, as well as the lens, but not in photoreceptors. Mfrprd6 mice demonstrate abnormal RPE microvilli development, a delay in outer segment development, an impaired ability to phagocytize shed OSs, and potentially, an impairment of adhesion between RPE and outer segments. Using the Mfrprd6 model, and others with similar protein localization and phenotypes when mutated, we hope to gain a better understanding of how RPE cells affect photoreceptor development and the process of phagocytosis.

In addition to the Mfrprd6 mutant, we have also identified two additional mutants, Ctnna1tvrm5 and Adamtsl4tvrm267, in which the primary site of patholology occurs in the RPE cells. We observe in isolated RPE flatmounts, early pre-clinical morphological changes in the RPE cells from their normal hexagonal pattern with 3 vertex contacts at each angle to misshapen cells with >3 contacts, actin purse string-like profiles, cell shedding, multi-nucleated RPE cells (indicative of cell proliferation), and presence of immune cells. In later stages of the disease, RPE cells atrophy in both models, and drusen-like material is observed in Ctnna1tvrm5 mutants.

External limiting membrane (ELM) and its importance in retinal integrity

In the mammalian eye, apical-basal polarity is essential in PR cells for the transmission of light signals from the retina to the brain. One gene known to be important in maintaining apical-basal polarity and assisting in the formation of adherens junctions in the retina is Crumbs (Crb), which encodes a transmembrane protein containing a long extracellular domain and a short C-terminal cytoplasmic tail. We have identified a mouse containing a single base pair deletion in the Crb1 gene. Clinically, Crb1rd8 develops retinal spotting in the inferior nasal quadrant by three weeks of age as demonstrated by indirect ophthalmoscopy. Histological evaluation reveals that these spots correspond with retinal dysplasia and pseudorosettes. In older mice, there is swelling and shortening of inner segments and a reduced number of outer segments in the areas affected by dysplasia. Immunohistochemical labeling for external limiting membrane (ELM) protein markers, including pan-cadherin, β-catenin, and PALS1 (MPP5), is fragmented or diffuse in these mutant mice, and electron microscopy demonstrates a reduced number of adherens junctions. Müller cell apical processes appear to be lost in regions lacking adherens junctions in these mice, as demonstrated by absent or reduced CD44 labeling and by electron microscopy. This observation suggests a developmental defect or the retraction of these processes. Interestingly, the phenotype seen in Crb1rd8 mutants varies when crossed onto different genetic backgrounds. In particular, when made congenic on the C57BL/6 background, retinal dysplasia is not observed. This phenotypic variation, which is similar to that seen in humans with CRB1 variants, indicates that additional genetic factors are necessary for the dysplasia and subsequent focal PR degeneration to occur. A sensitized chemical mutagenesis screen has identified a group of strains that bear modifiers of the Crb1rd8 disease phenotype. We are currently working toward determining the molecular basis of these modifiers using a combination of recombinational mapping crosses and high-throughput sequencing of exome captured libraries generated from modifier strains.

I'm interested in how neural circuitry and functionality are altered in various disease states, and how these disruptions develop and...

I use quantitative approaches to unravel the genetic factors that underlie complex disease susceptibility. I develop and apply...

My interest lies in understanding the roles of epigenetic factors like HMTs and histone variants in the context of mammalian...

We use cookies to personalize our website, enable social media features and interactivity and to analyze web traffic to improve the user experience. You may decline these cookies although certain areas of the site may not function without them. Please refer to our privacy policy for more information.