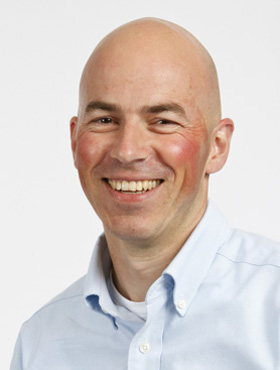 Studies the genetics of kidney function and disease, particularly in the context of aging.

Our goal is to identify key genetic factors that contribute to the decline of function and damage in the aging kidney, to learn their role in the kidney, and to understand why variations of these factors lead to different outcomes. We do this by studying the natural genetic variation in mice and their association with different kidney phenotypes. Once causal genes are identified, we develop precision disease models for further study of the gene and to develop therapeutics that will slow down the decline of kidney function and development of disease.

Genetic analysis in mice and rats is a robust approach to identify loci involved in kidney-related phenotypes. However, most studies have used young animals and thereby identify genes that are not relevant to renal problems in the majority of human patients, where age plays an important role. By phenotyping mice from 30 inbred strains at 6, 12, 18, and 24 months of age, we identified novel genes for albuminuria (Tsaih et al 2010), mesangial matrix expansion (Noordmans et al, 2013), inflammatory cell infiltration (Yuan et al, 2014), glomerular deposits (Noordmans et al, 2014), and several other renal phenotypes. We confirmed many of these genes by zebrafish knockdown and showed that they are associated with renal phenotypes in human cohorts (e.g. GoKinD). We are now following up on some of the identified genes and study where they are expressed in the kidney, their normal function, and why variations in these genes lead to disease.

The Diversity Outbred (DO) stock is designed to be the most genetically diverse mouse resource available, allowing more accurate modeling of the human population and more refined gene mapping resolution than any other mouse model. Individual DO mice have highly heterogeneous genomes as a result of their diverse parental genetic contributions. The stock was developed by random outcross matings of 160 Collaborative Cross recombinant inbred mouse lines, and the colony is maintained by continued random matings that avoid crosses between siblings. The DO parental lines, the Collaborative Cross strains, were developed by crossing eight unique and genetically diverse inbred mouse strains.

In a study supported by The Jackson Laboratory's Nathan Shock Center, we have collected plasma, urine and kidneys from DO mice at 6, 12, and 18 months of age and are analyzing a large number of kidney disease-related phenotypes, as well as performing high-throughput sequencing of RNA isolated from the kidneys.

Alport syndrome is a monogenic disease leading to renal failure and early death. Despite that it is caused by a single mutation in either the Col4a3, Col4a4, or Col4a5 gene, there is a large variation in the age of onset and the severity of the disease, even in individuals with the same mutation. This is also true in mice where our recently developed novel Col4a4 mutant model shows differences in severity of the disease depending on the genetic background (Korstanje et al 2014). This suggests the involvement of modifier genes. Identifying these modifiers and understanding how they modulate the disease would be the first steps toward novel treatments. By crossing female mice containing a mutation in the X-linked Col4a5 with DO males, we created a population in which all males are hemizygous for the mutation and develop Alport syndrome in various degrees and all females are heterozygous for the mutation and disease depends on X-inactivation in the kidney. This population is extensively phenotyped at several time points and will be used for genetic analysis to identify modifier genes.

Lithium is the drug of choice for the treatment of bipolar disorders for which it is prescribed to 1% of the general population. In addition, lithium is regularly used to treat schizo-affective disorders and depression and is under consideration as a therapeutic for alcoholism, AIDS, dementia and cluster headaches. Unfortunately, lithium treatment leads to adverse renal side effects in a subset of patients. Around 20% of patients develop lithium-induced nephrogenic diabetes insipidus (Li-NDI), a disease characterized by the excessive production of diluted urine due to the inability of the kidney to concentrate the pro-urine. Besides the risk for dehydration-induced lithium toxicity for lithium-using patients, it is also cumbersome to these patients as NDI interferes with social activities and sleep. In addition, long-term lithium treatment (>10 years) leads in ~40% of patients to chronic kidney disease (CKD). In ~4% of these patients CKD develops to end-stage renal disease (ESRD), which can only be treated by dialysis or kidney transplantation. Physicians could consider cessation of lithium therapy in these patients. However, lithium is often the only effective treatment of their psychiatric disease and, as bipolar disorder has a larger impact on the patient’s quality of life than the renal side effects, patients and psychiatrists are mostly reluctant to stop using lithium. We are investigating the development of lithium side effects in a range of genetically diverse mouse strains and seek to identify the genetic basis of the variable susceptibility of the strains to lithium side effects and investigate the associated genes and pathways.

Researches the genetics of aging and lifespan, seeking to understand the basic mechanisms of aging, and adult stem cells,...

Studies the genetics of kidney function and disease, particularly in the context of aging, using genetically diverse mouse...

Learn how Diversity Outbred mice allow Assistant Professor Ron Korstanje, Ph.D., to zero in on the genetic factors of...

It’s not rocket science — George Sutphin’s exploration of the processes underlying how and why we age is far more...