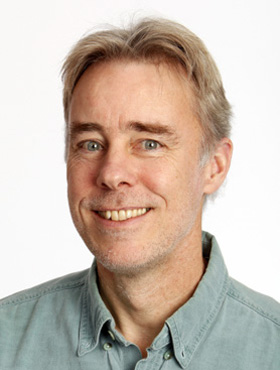 Investigating the genetics of health and disease with a systems approach.

Our lab is actively applying a systems approach to study the genetics of health and disease, incorporating new statistical methods for the investigation of complex disease-related traits in the mouse. We are developing new methods and software that will improve the power of quantitative trait loci mapping and microarray analysis, as well as graphical models that aim to characterize the genetic architecture of disease intuitively and precisely.

Mathematical modeling is an essential tool for understanding complex biological systems. Often biological parameters cannot be measured experimentally, either because of expense, ethical issues or technological limitations. However, we can use probability theory to bridge this gap in our knowledge in an informed manner. Ideally we want to represent the complexity of the system as compactly as possible, and graph theory enables us to provide a simple visual representation for communicating the structure of complex data relationships, for example, by representing interacting genes by a series of interconnected nodes. Modeling of biological systems is expected to be an iterative process. The models provide the basis for hypothesis testing by experimentalists, which in turn should lead to further refinement of the models.

In collaboration with scientists from Gene Network Systems (GNS), we are developing a genetically based Bayesian dynamic model of HDL metabolism for the purpose of performing system-wide sensitivity studies of genetic perturbations in inbred mouse strains. This methodology will be applied to predict how the metabolic pathways function under variable conditions, e.g., environment, medicine, diet and disease.

We have applied graphical modeling techniques to study body composition and bone density in mouse populations. We were able to distinguish genetic loci that affect adiposity from those that affect overall body size and thus reveal a shortcoming of standardized measures such as body mass index that are widely used in obesity research.

Quantitative Trait Loci (QTL) analysis is the identification of genes or regions of the genome that influence complex, or quantitative, traits. Unlike discrete traits (e.g. eye color, or the presence or absence of disease), quantitative traits (e.g. blood pressure, weight) vary continuously over a range of distribution in a population and are influenced by multiple genes as well as gene-gene and gene-environment interactions.

We aim to improve the way QTL analysis is performed. We have developed methods for combining data from multiple inbred line crosses, selectively phenotyping crosses, quantitative analysis of information content in genetic mapping study designs, Bayesian methods for mapping epistatic loci, mapping of multi-trait epistatic networks, mapping on the X chromosome, and permutation testing in novel cross designs, and we have proposed new experimental strategies for gene identification. We introduced a major advance in multi-trait analysis that uses genetic loci to anchor and direct causal pathways and applied it to body composition traits.

We analyze crosses spanning a wide range of traits including HDL-cholesterol, depression, blood pressure, albuminuria and kidney function, anemia, bone density, asthma, developmental abnormalities, diabetes and digestion. Several of these studies provided evidence to support specific candidate genes or have narrowed the plausible candidates to a small number of genes.

The QTL Archive at The Jackson Laboratory is a growing resource that provides access to raw data from QTL studies using rodent crosses. Submissions by the community are encouraged, and the data are curated by members of the Churchill group. Sharing raw QTL cross data not only protects that data from loss, but also allows new advances in QTL analysis to be applied to previously generated crosses.

Micoarrray analysis is the characterization of DNA or RNA from a sample of interest. Using microarrays it is possible to measure the biological signature of a sample to determine which genes are expressed.

The Churchill group strives to improve the way microarray experiments are designed and analyzed. We have demonstrated that thoughtful experimental design is critical, for example, to the importance of randomization in obtaining reproducible results. Recognizing that a range of technologies is available to investigators, we have performed cross-platform comparisons to determine the consequences of using different microarrays. Our group has also developed novel analysis methods, for example, for three- and four-color microarray systems, and small microarray experiments.

We perform microarray experiments to investigate a wide range of traits including bone differentiation and mass, body composition, digestion, kidney disease, breast cancer and sleep. These studies provide evidence to support specific candidate genes and reveal the network of gene-gene and/or gene-environment interactions underlying these traits.

The Center for Genome Dynamics

The Center for Genome Dynamics is one of ten National Centers for Systems Biology supported by the National Institute of General Medical Sciences (NIGMS). The primary mission of these Centers is to promote institutional development of multidisciplinary research, training, and outreach programs that focus on systems-level studies of biomedical phenomena within the NIGMS mission.

Using a team of computational biologists, molecular biologists and geneticists, the Center is extending studies of genome dynamics as an integrated system from an evolutionary perspective. This requires using computational approaches on large data sets generated by the Center to describe the interactions between genome organization, gene expression, phenotype determination and the impact of recombination hotspots in determining inheritance of co-adapted sets of alleles. By developing detailed maps of these interactions we can evaluate the underlying principles. The Center includes investigators at the University of North Carolina, the University of Wisconsin-Madison and Oakridge National Laboratory. Gary Churchill is the principal investigator of the Center.

As part of the Center for Genome Dynamics and in collaboration with Dr. Fernando Pardo-Manuel de Villena at the University of North Carolina at Chapel Hill, we have designed a new microarray, the Mouse Diversity Genotyping Array. The array is the most advanced high-density mouse genotyping microarray currently available. The Jackson Laboratory now offers a Mouse Diversity Genotyping Array Service utilizing this innovative genotyping microarray. The completion of the design and production of the Mouse Diversity Genotyping Array represents a starting point for new directions of inquiry. We are currently performing exhaustive genotyping of existing mouse strains, which will form the basis of a complete characterization of the laboratory mouse genome. We are also exploring novel applications of the array, including copy number variation, allele-specific gene expression and differential methylation analysis.

The Collaborative Cross (CC) is a large panel of new inbred mouse strains that are currently being developed through a community effort that was partially conceived and developed by Gary Churchill. The CC was designed to address some of the perceived shortcoming of available mouse strain resources, including small numbers of strains, limited genetic diversity, and a complex history that results in unknown confounding relationships among common inbred strains. The CC strains are derived from an eight-way cross using a set of founder strains that include three wild-derived strains. The wild strains contribute 75% of the genetic diversity of the CC. Without relevant genetic diversity, forward genetic approaches cannot make discoveries. The Collaborative Cross will provide a common reference panel specifically designed for the integrative analysis of complex systems.

As a further advance in gene-mapping resources, The Jackson Laboratory is developing a new variety of mice that are designed to maximize allelic diversity. The Diversity Outbred (DO) mice are derived from the same eight strains as the CC population. Motivation for creating the DO was derived from the success of fine mapping in other multi-way cross populations. The DO population is designed to produce and maintain a balanced mixture of the founder genomes. DO mice are maintained by random breeding with avoidance of sibling mating. Simulations showed that with a population of at least 100 breeding pairs, the DO could be maintained for up to 300 generations with negligible losses of allelic diversity.

The CC strains are being inbred to produce stable clones. The DO mice, on the other hand, are being maintained as an outbred stock. Advantages of outbreeding include, normal levels of heterozygosity, similar to the human genetic condition, and substantially increased mapping resolution. A drawback of the DO is that each animal is genetically unique and thus not reproducible. Combinations of genetic loci that are discovered in the DO mice can be replicated in CC strains or in their reproducible F1 progeny. In this regard, the CC and DO populations are complementary. Together these new resources will revolutionize our understanding, treatment and ultimately, prevention of pervasive human diseases.

For many scientists, statistical methods are inaccessible until they are implemented as software tools. We believe it is critical to put powerful software tools into the hands of data-generating scientists so that they can fully utilize their data.

We have contributed to the design and implementation of the R/qtl software package in collaboration with Dr. Karl Broman at the University of Wisconsin Madison. R/qtl is an extensible, interactive environment for mapping quantitative trait loci (QTL) in experimental populations derived from inbred lines. It is implemented as an add-on package for the freely available statistical software, R.

We believe that new statistical methods must be accessible to the broader scientific community. This requires user-friendly interfaces to facilitate, such as our J/qtl software, that provides an intuitive point and click interface to R/qtl and is structured to guide an analyst through the appropriate sequence of steps. Similarly motivated by a desire for accessibility, we have developed J/maanova to help people without programming skills to analyze their microarray data.

The American Association for the Advancement of Science (AAAS) has elected Jackson Laboratory Professor Gary Churchill as an AAAS Fellow,...

Employs a systems approach to investigate the genetics of health and disease and complex disease-related traits in the...

I am interested in applying deep learning to track the mice.

Working on microbiome gene expression and the Athlete Microbiome Project.