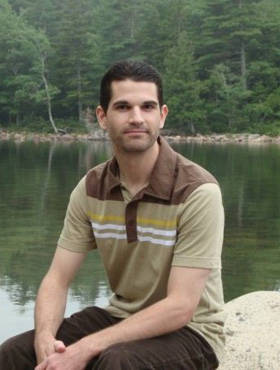 Leveraging the use of statistics and computational resources to reveal the genetic basis for disease.

My initial contributions to science were the result of a Master of Science education program (University of Illinois - Champaign-Urbana) endeavor to identify quantitative trait loci affecting swine meat characteristics. Shortly after my leave of the University, I joined The Jackson Laboratory in 2007.  The numerous collaborations that took place at the Laboratory have resulted in publications pertaining to a variety of conditions including: alopecia areata, asthma, cancer (of the brain, lung and skin), diabetes, chronic kidney disease, eye disease, and reproductive disorder. The general aim of these studies is to provide mouse model information as a  method to improve human health.  My role in these studies has been as a biostatistician consultant.

For a complete list of my published work, please visit my NCBI bibliography.

Papillomaviruses (PVs) induce papillomas, premalignant lesions, and carcinomas in a wide variety of species. PVs are classified first based on their host and tissue tropism and then their genomic diversities. A laboratory mouse papillomavirus, MmuPV1 (formerly MusPV), was horizontally transmitted within an inbred colony of NMRI-Foxn1(nu)/Foxn1nu (nude; T cell deficient) mice of an unknown period of time. A ground-up, filtered papilloma inoculum was not capable of infecting C57BL/6J wild-type mice; however, immunocompetent, alopecic, S/RV/Cri-ba/ba (bare) mice developed small papillomas at injection sites that regressed. NMRI-Foxn1(nu) and B6.Cg-Foxn1(nu), but not NU/J-Foxn1(nu), mice were susceptible to MmuPV1 infection. B6 congenic strains, but not other congenic strains carrying the same allelic mutations, lacking B- and T-cells, but not B-cells alone, were susceptible to infection, indicating that mouse strain and T-cell deficiency are critical to tumor formation. Lesions initially observed were exophytic papillomas around the muzzle, exophytic papillomas on the tail, and condylomas of the vaginal lining which could be induced by separate scarification or simultaneous scarification of MmuPV1 at all four sites. On the dorsal skin, locally invasive, poorly differentiated tumors developed with features similar to human trichoblastomas. Transcriptome analysis revealed significant differences between the normal skin in these anatomic sites and in papillomas versus trichoblastomas. The primarily dysregulated genes involved molecular pathways associated with cancer, cellular development, cellular growth and proliferation, cell morphology, and connective tissue development and function. Although trichoepitheliomas are benign, aggressive tumors, few of the genes commonly associated with basal cell carcinoma or squamous cells carcinoma were highly dysregulated.
View full list of publications

The goal of this workshop is to teach novice programmers to write modular code and best practices for using R for data analysis. R is...