The 'Skinny' on Gut Microbes and Your Health 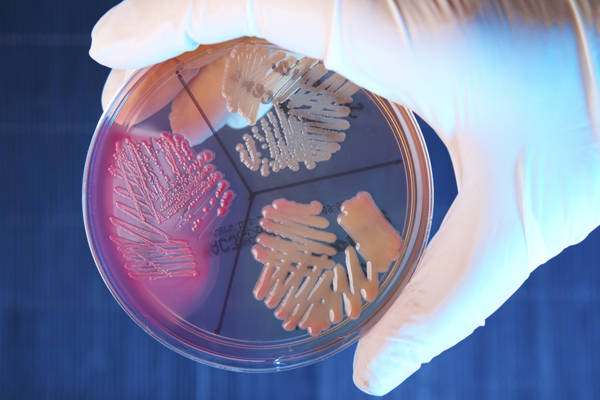 Swimsuit season is here, as well as that time when many of us break out the grill to enjoy some BBQ and warm weather. We all know that eating too many hamburgers can impact how we look in those swimsuits, but do you know why (beyond the excess calories)? Gut microbial populations are heavily influenced by the type of food we eat, and the particular bugs that take up permanent residence in our GI tracts can affect our metabolism. So-called good and bad bacteria have made a name for themselves, and researchers are beginning to understand their roles in shaping how we process nutrients and in influencing our susceptibility to various diseases.

Gut microbes: The good, the bad, and the ugly

Microorganisms that live in and on our bodies have co-evolved with humans and far outnumber even our own cells. It is widely accepted that these microbial populations affect host physiology, and likewise, host behaviors and the environment can shape which microbes are present in and on the host. Intestinal microbes- our so-called gut flora or gut microbiota- are the most extensively characterized of these populations, and have been implicated in chronic inflammation, auto-immunity, diabetes, and obesity.

The key mediator for communication between the host and gut microbes are short chain fatty acids, or SCFAs, which are metabolites produced by microbes that have the ability to influence host immunity and metabolism. Based on the different metabolites that they produce and their contributions to aberrant phenotypes (such as impaired glucose tolerance or increased fatty acid absorption), our gut microbes (primarily bacteria) have earned themselves good or bad monikers. Although many (if not thousands) of bacterial species are present in the gut, two groups stand out in the context of health and disease: Bacteroidetes and Firmicutes.

Bacteroidetes are a phylum of rod-shaped, Gram-negative bacteria that are commonly found in the environment, including in soil, sea water, and in the GI tract and on the skin of animals. Members of this genus are among the so-called good bacteria, because they produce favorable metabolites, including SCFAs, which have been correlated with reducing inflammation. In Trompette et al, C57BL/6J (000664) mice were fed either a standard (0.3%) or high-fiber (4%) diet and intranasally exposed to house dust mite extract to induce allergic airway inflammation. Mice fed the high-fiber diet not only had increased Bacteroidetes populations, but also had increased circulating SCFA levels, and were protected against allergic inflammation in the lung. In contrast, mice maintained on the standard, low-fiber diet and exposed to the dust mite antigen developed an allergic response.

In another study, fecal samples from 4 pairs of human twins discordant for obesity were transferred into germ-free C57BL/6J mice to determine if the twins gut microbes could recapitulate their donors respective phenotype in the recipient mice. After colonization of their gut communities with the human-derived microbes, mice were fed diets low in fat (4%) and high in plant polysaccharides. Interestingly, those that received fecal transfers from obese individuals not only became obese themselves, but also developed insulin resistance and increased adiposity, while the lean microbe recipients remained lean. Moreover, co-housing lean and obese recipients resulted in increased similarity of microbial populations due to the transfer of Bacteroidetes populations from the lean to the obese mice, thereby preventing increased body mass and obesity-associated metabolites. Together, this data highlights the possibility of inoculating obese patients with beneficial, lean-associated microbes in the clinic to treat disease.

The phylum Firmicutes includes Gram-positive, rod-shaped or circular bacteria that make up the largest part of the gut microbiome. Due to their negative influence on glucose and fat metabolism, they are commonly referred to as bad gut microbes, and increased ratios of Firmicutes to Bacteroidetes species has been correlated with obesity and Type II diabetes (T2D). Several studies using C57BL/6J mice fed a high-fat diet have directly correlated Firmicutes species abundance to weight gain and dysregulated energy metabolism. In Kim et al, investigators demonstrated that a high-fat diet induced significant weight gain, colonic inflammation, and increased circulating pro-inflammatory cytokines and increased Firmicutes:Bacteriodetes ratios in a TLR4-dependent manner.

Do artificial sweeteners really help with glucose and weight control?

In 2014 several articles reported that not-so-sweet artificial sweeteners can cause glucose intolerance by affecting the gut microbiota. In one study, using C57BL/6 mice (substrain not specified), the effects of artificial sweeteners on weight gain and metabolic profiles were measured. Mice were fed a normal chow diet, and were administered glucose, saccharin (in brands such as Sweet N Low), sucralose (Splenda), or aspartame (marketed as NutraSweet and Equal). Other cohorts were treated similarly, but were also administered antibiotics to determine whether intestinal microbes influence the observed phenotype. Surprisingly, glucose-treated mice had lower blood glucose levels compared to saccharin-treated cohorts, and this phenomenon was microbiota-dependent because administration of antibiotics nullified the effect.

A bitter aftertaste: its clear that artificial sweeteners induce glucose intolerance by altering gut microbiota, as culturing fecal samples with saccharin induced reductions of Firmicutes while simultaneously increasing Bacteroidetes populations. This data demonstrates that although many gut microbial populations have been coined either good or bad, they only play a part in a larger and more complex biological system.

Using our bugs to battle obesity

Current strategies are now focused on manipulating gut microbial populations and/or their by-products in an effort to achieve long-term disease management. In Chen et. al, C57BL/6J mice were administered probiotic bacteria engineered to express NAPE, a hormone shown to control satiety that is under-synthesized in obese mice. NAPE-expressing bacteria were administered via drinking water, and mice were fed high-fat diets to determine if improvements in several metabolic markers could be measured. Indeed, after 8 weeks, treated mice showed reduced weight gain, food intake, blood glucose levels, and liver inflammation, indicating that microbe-mediated strategies for treating obesity are feasible. This is just one example of how better understanding of the complex and dynamic relationship between humans and our microbial residents will undoubtedly result in improved treatment strategies and patient outcomes for many (if not all) inflammation-induced diseases.

Custom diets and efficacy studies can also be designed and executed by our In Vivo Pharmacology Services Team for C57BL6/J DIO or other JAX strains. 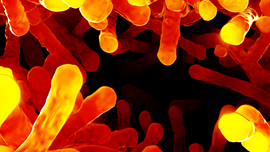 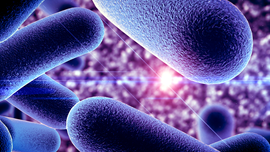 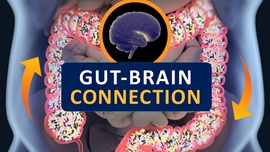