We distribute mice to researchers all over the world. So, you can probably understand why maintaining our colonies at the highest health status is a very high priority. As part of our rigorous Laboratory Animal Health Program, all our mice are bred and maintained in barrier facilities, which means you can import them directly into your research facility without first quarantining them. This is a great time- and cost-saver. We use statistically valid sampling methods and recognized serological and molecular tests to monitor the health status of all our mouse production rooms on a regular basis. Want to know what viruses, bacteria, parasites and fungi we monitor? Check our website.

One of the parasites we monitor is pinworms, or nematode parasites (family Oxyuridae) with simple, direct life cycles. They are frequent contaminants of both specific pathogen free (SPF) and conventional colonies of laboratory mice at many academic institutions. Mice pick up pinworms by ingesting embryonated eggs. Two species of pinworms commonly infect laboratory mice: Syphacia obvelata and Aspiculuris tetraptera. Mice may be infected with both species at the same time.

Syphacia spp. live in the cecum or proximal colon. There, they feast on resident bacteria. The females migrate to the anus, where they lay their adhesive-coated eggs, from which larvae hatch and become infective 5-20 hours later. S. obvelata has a “prepatent” period (time from ingestion of infective larvae to production of eggs by mature worms) of 11-15 days. Syphacia spp. may embryonate on the mouse and retroinfect it by migrating back into its body.

Aspiculuris tetraptera larvae live in the crypts of Lieberkuhn in the proximal colon, after hatching in the cecum. Unlike Syphacia spp., these worms migrate from the proximal to the distal colon to lay eggs. The eggs are excreted in the waste and become infective 5-8 days later. A. tetraptera has a 21-25 day prepatent period.

What does pinworm infection mean for my research?

In mice with normal immune systems, pinworm infections are generally considered mildly or non-pathogenic. However, pinworm infection may interfere with research goals in a number of ways. Pinworm infection can increase a mouse’s humoral immune response to nonparasitic antigenic stimuli and accelerate the development of the hepatic monooxygenase system. In athymic nude mice, infection may trigger a lymphoproliferative disorder that eventually leads to lymphoma.

Pinworm infections can be treated

Pinworm infections can be treated in several ways. Rederivation is worth considering, especially if the colony has other pathogens present. Following rederivation, a colony can be maintained at a high health status. Another approach is to treat infected mice with anthelmintic compounds, including ivermectin (administered topically or in drinking water) or fenbendazole (milled into the food). However, anthelmintics are not entirely benign, and side effects, especially with ivermectin, may occur. Pinworm eggs are usually considered to be persistent environmental contaminants, and stringent sanitation measures are often undertaken to eliminate them from mouse rooms.

Many of these measures are based on characteristics of the human pinworm, Enterobius vermicularis, which has been intensively studied as a representative of the Oxyuridae. Few reports document the presence of rodent Oxyurid eggs in the environment, but thorough cleaning of the mouse room environment is usually a good idea, though it may be expensive and time-consuming. 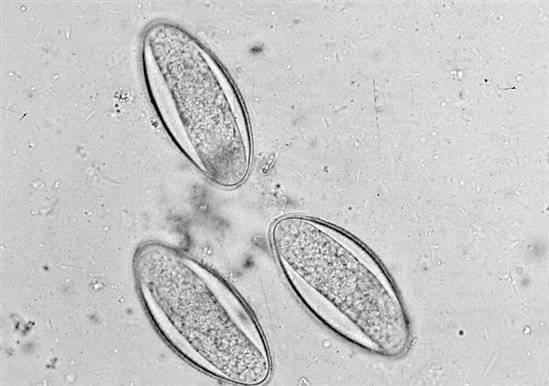