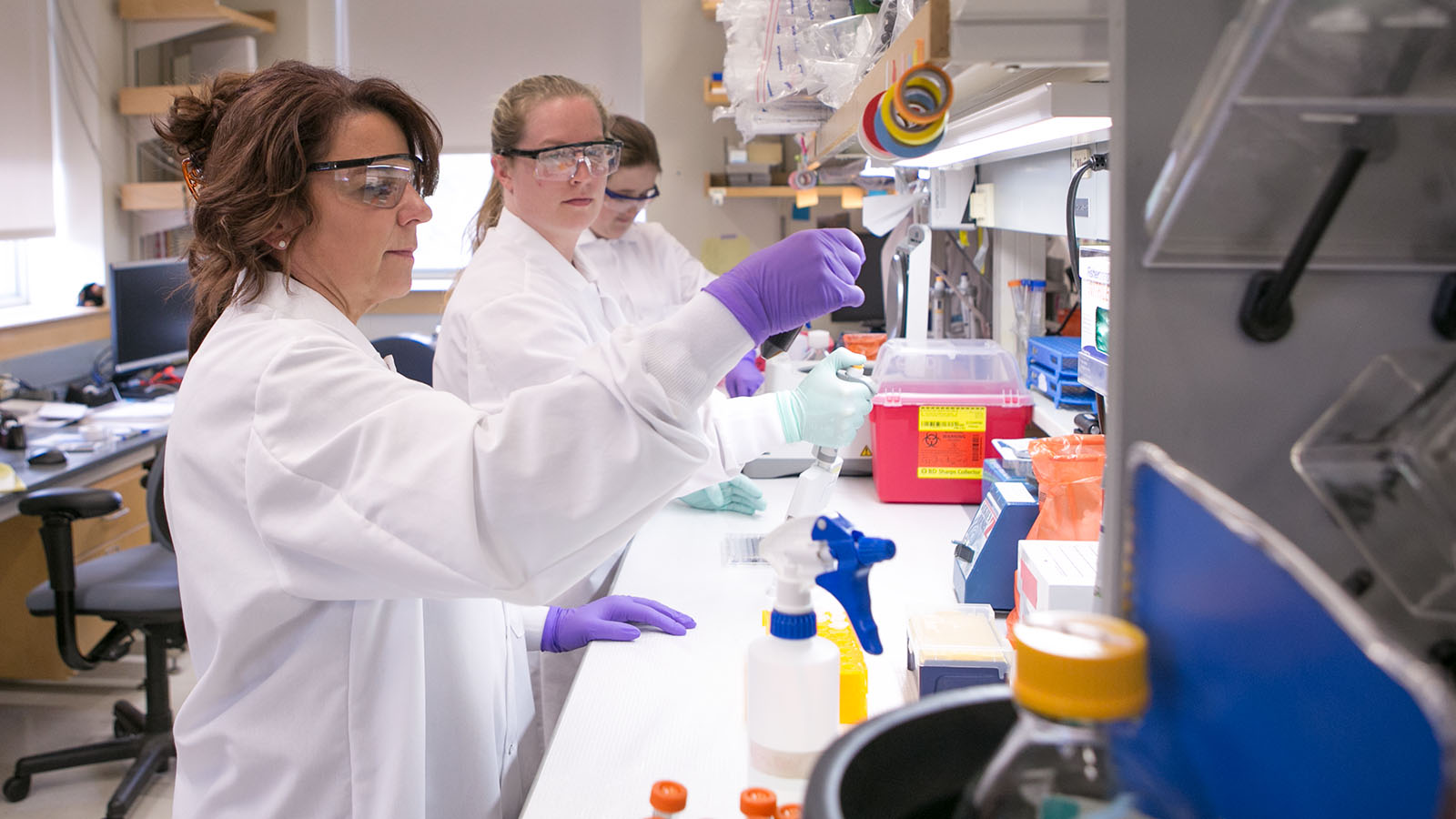 Cat Lutz (far left), one of the key researchers on the project, in her lab at JAX

Research at The Jackson Laboratory and University of Texas Southwestern, funded by the United MSD Foundation, supports gene replacement therapy as a potential treatment for Multiple Sulfatase Deficiency (MSD).


Promising results from research at The Jackson Laboratory (JAX) and University of Texas Southwestern Medical Center (UTSW) on a gene therapy for the ultra-rare genetic disorder, Multiple Sulfatase Deficiency (MSD), will be presented today during the WORLDSymposium, an annual research conference dedicated to lysosomal diseases. The data paves the way for a gene therapy approach for MSD patients, a very important and exciting step forward for the MSD community.

Researching MSD on a genetic level

MSD is an ultra-rare genetic disorder which is often described as “Alzheimer’s in a child,” and leads to premature death, normally before 10 years of age. MSD is caused by mutations in the gene responsible for making formylglycine-generating enzyme, an essential enzyme needed by cells for normal function and to break down cellular waste products, encoded by the SUMF1 gene.

With funding provided by the United MSD Foundation, a parent-led patient advocacy organization that funds research grants for MSD studies, JAX and UTSW partnered to study the SUMf1 gene in mouse models of MSD. The research team utilized a mouse model with the SUMF1 gene “knocked out,” which has similar traits to human MSD patients. While many of the mice die soon after birth, mirroring the short lives of many children with MSD, some of the mice survived past two weeks, providing sufficient time to test possible treatments.

“The experiments were challenging given the early mortality of the mouse model and need to explore several routes of administration and doses,” said Maximiliano Presa, Ph.D.Development and molecular characterization of new mice models for human diseases. Utilizing mice models as a platform for pre-clinical evaluation of new therapies.Maximiliano Presa , Ph.D., study director at The Jackson Laboratory. “These were big experiments that required a lot of effort, skill and planning by the entire team. The data are encouraging, and we are beyond delighted with the results.”

The researchers used an engineered virus (AAV9) to deliver working copies of the SUMF1 gene into the mouse cells. They tried different delivery methods, locations and time points and found that delivery of the gene through a spinal tap at seven days of age alleviated MSD symptoms. The treated mice showed wide distribution of the SUMF1 gene, no signs of toxicity or neuropathy, improved vision and cardiac function, and no behavioral deficits.

“We are thrilled with these impressive and promising results, and grateful to the scientists and supporters who made them possible,” said Amber Olsen, executive director and founder of the United MSD Foundation. “The United MSD Foundation’s mission is simple: to cure MSD, and this work represents incredible progress toward that cure. Our efforts are now focused on the critical next steps necessary to get gene therapy to children suffering and dying from MSD.”

The data supports that gene replacement therapy could be a therapeutic approach for pediatric subjects, who currently lack any treatment options, and represents a huge milestone for the MSD community.

“We are excited about the results showing successful treatment of mice with MSD, which was the result of a strong collaborative effort between investigators at UTSW, JAX and the United MSD Foundation,” said Steven Gray, Ph.D., associate professor at the University of Texas Southwestern Medical Center.

“MSD is a devastating disease and there are currently no effective treatments for patients. We are highly encouraged by the positive therapeutic response in mice and look forward to further exploring the possible use of this treatment for MSD,” said Rachel Bailey, assistant professor at the University of Texas Southwestern Medical Center.

Through the collaboration with The Jackson Laboratory, UT Southwestern and United MSD Foundation, the MSD community is one step closer to saving the lives of children impacted by this devastating disorder.