Astronauts face a very difficult challenge in space. In microgravity, their muscles and bones weaken over time. Specialized exercise programs developed for stints on the International Space Station (ISS) have helped, but for anything longer—such as a voyage to Mars—they would not be sufficient. In addition, earthbound people with limited or no mobility already face debilitating muscle atrophy and bone fragility, underscoring the need for an effective way to maintain both muscle and bone mass, both here on earth as well as in space.

Myostatin (MSTN) is a protein that is part of a system of checks and balances that limits muscle growth in many species, including humans. When its braking function is removed, increased muscling results. Mice lacking the MSTN gene—dubbed “Mighty Mice”—show dramatic muscle growth. But what happens to these mice in microgravity? And could an inhibitor of MSTN function help even normal, wild-type mice retain their muscle mass in space?

To find out, a team led by Professor Se-Jin Lee, M.D., Ph.D., who discovered MSTN and who has a joint appointment at The Jackson Laboratory (JAX) and UConn Health and Professor Emily Germain-Lee, M.D., who has a joint appointment at Connecticut Children’s and UConn Health, sent mice into space. A total of 40 mice were aboard the SpaceX-19 launch on December 5, 2019, and lived on the ISS for 33 days until returning to earth on January 7, 2020. The mice included normal control (wild-type) mice, mice lacking a functional MSTN gene (“Mighty Mice”), and mice who were given doses of a specific compound, known as ACVR2B/Fc. Similar groups of mice were also maintained on the ground, in conditions that reproduced those on the ISS, other than microgravity.

In a paper published in the Proceedings of the National Academy of Sciences, the researchers show that the Mighty Mice did indeed stay relatively mighty during their time in microgravity, while the normal control mice lost considerable muscle mass and bone density. Of particular interest were the mice receiving doses of ACVR2B/Fc, a compound that inhibits both MSTN and activin A, which work together to limit muscle growth. Prior work had shown that systemic administration of ACVR2B/Fc leads to muscle growth and increases in bone density in mice on the ground. The PNAS study showed that it also has a significant protective effect against microgravity-induced muscle and bone loss.

Not only did wild-type mice on the ISS lose between 8%-18% of weight in individual muscles compared to those on earth, they also lost up to 11% of bone mineral density (BMD) in specific bones as well. The MSTN-lacking mice maintained their bulked-up muscles, with results that were very similar to the earthbound cohort. ACVR2B/Fc-administered mice on the ISS actually gained more lean body weight (27%) than the group on the ground (18%), including increased muscle mass, although they didn’t gain as much muscle weight as the mice on the ground. Interestingly, the BMD of these mice increased too, both in space and on the ground, and microCT analysis measuring bone volume and thickness confirmed the protective effect in microgravity.

Mice in SpaceA study onboard the International Space Station will help scientists understand how to prevent muscle and bone loss in astronauts during space flight.miceinspace

Molecular analyses also revealed large differences in both protein levels and gene expression of dozens of genes between the ACVR2B/Fc-administered mice and the controls, in both environments. In addition to the expected down-regulation of MSTN and activin A proteins in the treated mice, the researchers found changes in the levels of components of multiple signaling pathways known to be important for muscle and bone maintenance. These findings suggest the key mechanisms through which ACVR2B/Fc maintains muscle and bone on earth as well as in a microgravity environment. Hence, the findings have important implications for possible therapeutic strategies for space exploration and recovery after returning to gravity, as well as for earthbound people suffering from disuse atrophy. 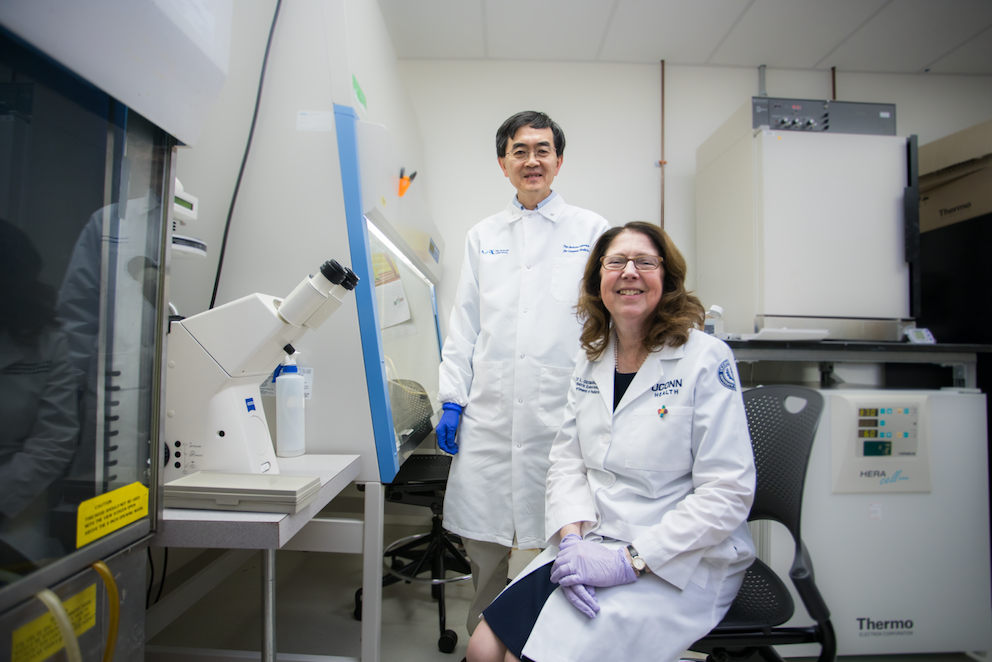 JAX researchers are probing the mysteries of pluripotent stem cells; the earliest stages of life.