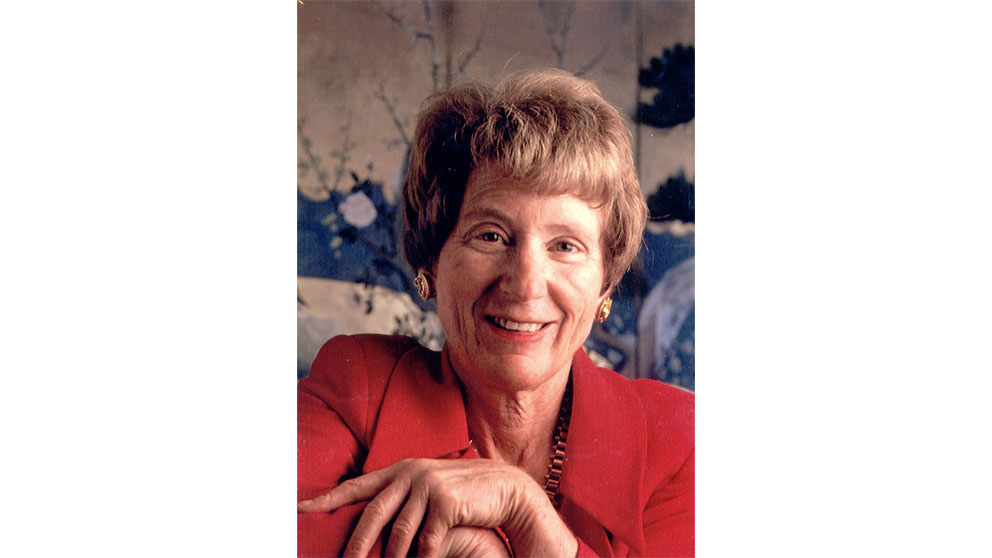 JAX supporter Diana Davis Spencer says her entrepreunerial spirit and passion for philanthropy are what motivate her to give.

Over the course of decades vacationing on Mount Desert Island, Diana Davis Spencer has always enjoyed attending lectures at The Jackson Laboratory’s (JAX) Bar Harbor-based location. “I love learning about the myriad of genomic discoveries that will benefit mankind,” she says.

Spencer has deep roots with JAX: She serves as executive chairman of the The Diana Davis Spencer Foundation, which has donated to the Laboratory since 1974. Before that, her father, the late Ambassador Shelby Cullom Davis, was a JAX board member from 1968 to 1982.

“I realize that each of us can make a difference, and as a philanthropist I like to be entrepreneurial and embrace new opportunities,” she says. “My mother suffered from glaucoma and I saw firsthand how debilitating this was, although she maintained a ‘can-do’ attitude.” Spencer’s older daughter, Abby, has only one functioning eye, and she knows others with vision challenges.

“We applaud JAX for its visionary, innovative research. We have total faith that JAX, with renowned scientist Gareth Howell, Ph.D., will lead in future discoveries,” she says.

A history of giving back
Spencer grew up in Tarrytown, N.Y., giving back to her community. “We grew up opening our home to international students from International House at Columbia University, where both of my parents got their masters degrees in international relations before heading to the Geneva Institute to receive their Ph.D.s,” she says. Despite the family’s international education, Spencer says they were raised with a deep appreciation of America. “We were reminded of our ancestors who sought freedom when they came over on the Mayflower and were taught that we should never take democracy for granted.” She notes that the DDS Foundation promotes initiatives that embrace our freedoms and founding principles.

A spirit of activism and philanthropy runs deep in her family: “My mother accompanied my grandmother in a suffragette parade and found her voice to get involved at a young age,” she shares. “I heard stories about my grandfather who visited an orphanage in Philadelphia every Saturday and was impressed that he kept his commitment while balancing his business and family with four children.”

Following in her parents’ footsteps, Spencer also found a knack for activisim. She attended hearings at the State House to advocate for the Massachusetts bottle bill and later helped create the town of Wellesley’s state-of-the-art recycling center. She also advocated for legislation that improved educational opportunities for children with special needs. Then, in the early 1990s, she became involved with the Foundation.

Family ties
Spencer’s late husband, John Spencer, taught history at The Darrow School in New Lebanon, N.Y., The Loomis Chaffee School in Windsor, Conn., and Dana Hall School in Wellesley, Mass. “He truly inspired students to be inquisitive. In fact, one of his former students gave Dana Hall the largest gift ever received in memory of a teacher – the John Means Spencer Memorial Scholarship,” she says. After his 25-year teaching stint, he became a farmer, managing the 1,200-acre, 12th-generation family farm, Elm Hill Farm in Brookfield, Mass. (home of the famed Elsie the cow, the longtime mascot of the Borden Dairy Company). The farm was originally a land grant from King George III, and was ultimately donated to the Massachusetts Audubon Society.

Even after developing multiple sclerosis in the early 1990s, John continued to enjoy carriage driving or being out on his tractor, according to Spencer. When visiting family on Mount Desert Island, John enjoyed daily carriage drives. “When he became wheelchair-bound, we became very aware of the need to provide others who were in wheelchairs the ability to enjoy Acadia,” says Spencer. As a result, the Foundation funded two wheelchair-accessible horse-drawn carriages. “It really encouraged people with challenges and their families to have some fun together,” she says.

Both of Spencer’s daughters, Abby Spencer Moffat of Bethesda, Md., and Kimberly Spencer LaManna of New Haven, Conn., are actively involved with the Diana Davis Spencer Foundation. Spencer says they share her  entrepreneurial spirit. Kim helps promote programs for adults with challenges, while Abby serves as CEO and president of the Foundation. She also spearheaded the founding of the Daniel Morgan Graduate School of National Security – now merged with Texas A&M and the Bush School, where she serves on the board.

“I’m very proud of both my daughters, who have a heart for people,” Spencer says.

Keep learning
Spencer, whose father was an ambassador to Switzerland for six years, grew up traveling and making friends around the world. In Russia, she met with government and business leaders who shape policy and influence change. “I’ve shared that yearning to see the world with my children and grandchildren,” she says. “Traveling the world has given me a global perspective but has made me appreciate America even more.”

As a former journalist – a features writer – Spencer was published in local and national newspapers and magazines and was a member of the National League of American Pen Women, the National Writers Union and the National Press Club. A self-proclaimed “news junkie,” she continues to read three newspapers daily. “Knowledge is power – power to make the world a better place,” she says.

“I’m truly grateful for a wonderful family, friends, and the freedoms we enjoy every day in this country,” says Spencer, who adds, “I’m also so grateful for my mother who lived to the age of 106, and who shared with me her ‘4 Keeps’ recipe: Keep laughing, keep learning, keep loving and keep making new friends. I embrace these too!”