“It’s exciting—I can contribute more to my field of research.”

Why are six early career faculty members at The Jackson Laboratory (JAX) so enthusiastic? Because they recently received great news—a substantial new grant award that will help fund their research for the next five years. 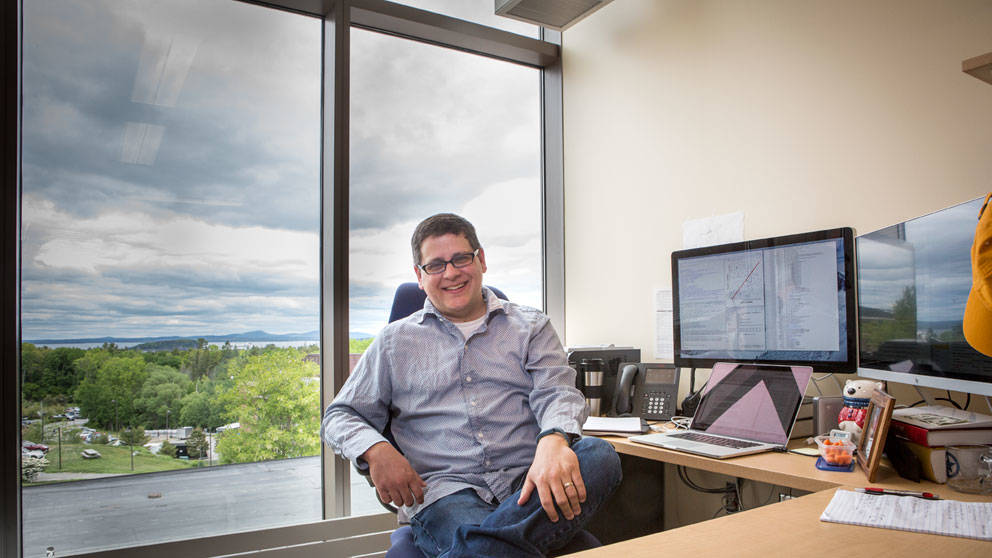 A new faculty member has to juggle many tasks when starting a lab, but securing sufficient grant funding soon tops the priority list. Institutions like JAX provide a startup package on the condition that the faculty will attract independent funding within a relatively short time, usually a few years. A successful NIH grant application for any new principal investigator (PI) is a big deal. But when an early-career PI receives notice of a grant award, it can be transformative for their lab. And when six assistant professors receive notices within weeks of each other—an almost-unheard of circumstance—it can positively affect the entire faculty and institution.

“The success of all six MIRA grant applications speaks volumes about the quality of research being done by JAX’s junior faculty,” says Senior Vice President for Research Ken Fasman, Ph.D. “It’s also a testament to the skill and support provided by our grant writing and sponsored research administration groups.”

The six assistant professors— Christopher L. Baker, Ph.D.Conducting research to understand the genetic and molecular regulatory system controlling the location and rate of meiotic recombination.Chris Baker, Ph.D., Christine Beck, Ph.D.Investigating the mechanisms and consequences of genomic rearrangements with a focus on repetitive elements.Christine Beck, Ph.D., Beth Dumont, Ph.D.Researching the mechanisms that generate genetic diversity through the lens of evolutionBeth Dumont, Ph.D., Shengdong Ke, Ph.D.Develops novel genomic technologies and computational algorithms to study molecular mechanisms of RNA biology, including RNA modifications, RNA-protein interactions and messenger RNA (mRNA) processing.Shengdong Ke, Ph.D.,  Sheng Li, Ph.D.Applies data integration and machine learning to advance the frontiers of cancer epigenomics and evolution. Sheng Li, Ph.D., and Steven Munger, Ph.D.Conducting research to elucidate and compare the transcriptional network structure and dynamics driving organogenesis.Steve Munger, Ph.D. —all received Maximizing Investigators’ Research Awards (MIRA), also known as R35 grants, issued by the National Institutes of Health (NIH). MIRA grants differ from the most common investigator-initiated NIH grants (R01) in important ways. As their name implies, MIRAs fund an investigator and his or her general research ideas instead of a narrow set of specific research aims. They also provide robust funding over five years, giving the scientists more ability to pursue projects or changes in direction that arise during the course of their research. And that’s something that the investigators find particularly exciting.

“What you think is your best hypothesis may not work out,” says Beck. “The MIRA allows us to make adjustments if we need to, so we can take the data and run with it in a different direction.” 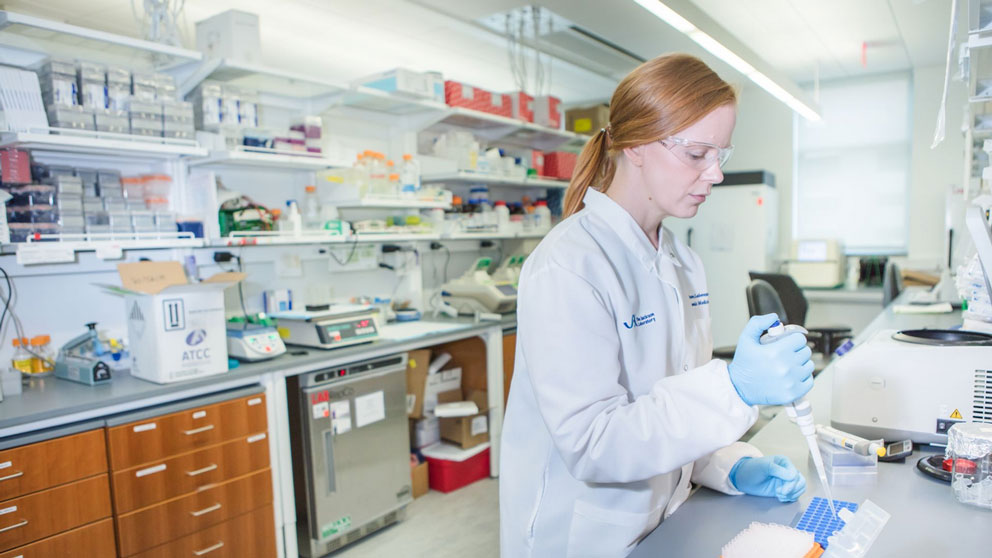 The MIRA awardees have research programs in a variety of topics. Several of them are looking at some very fundamental biological questions, taking advantage of JAX’s unique resources, including its genetically diverse mouse populations, to study them.

“I like to think of gene networks and explore regulatory networks in a larger context,” says Munger. “My research uses mice and doesn’t have a specific disease focus, so it can be hard to conceptualize for funding support. But the MIRA allows for this sort of work.”

“I want to look into the evolution of certain repeat-rich chromatin domains,” says Dumont. What does that mean? Many genetic elements confer a function that is dependent on their underlying genomic sequence. However, there are exceptional regions on chromosomes that carry out important roles in fertility and inheritance that are independent of the DNA sequence. Indeed, one of them, the centromere (the region where the arms of chromosomes, which are shaped like an “x,” meet), is crucial for proper division of chromosomes during mitosis and meiosis, when one copy of each goes to the mature eggs and sperm. To date, the repeat-rich nature of mammalian centromeres has impeded efforts to determine their DNA sequence.

“Mismatched centromeres can lead to chromosome segregation errors and non-proportional chromosomal inheritance,” says Dumont. “Even though we don’t have the sequences, we plan to use some bioinformatic tricks to probe the genetic structure of centromeres and catalog centromere diversity across mouse strains.”

Baker also researches recombination, the process that generates genetic variation in sexually reproducing organisms, in the context of how it is regulated and why it occurs in some places on the genome far more often than others. Ke focuses on the molecular mechanisms of RNA biology, including chemical modifications to RNA and messenger RNA processing, which can change final protein function even when the DNA sequence remains the same. Certain common modifications play important roles in vital biological process, and dysfunction can lead to disease, including cancer. 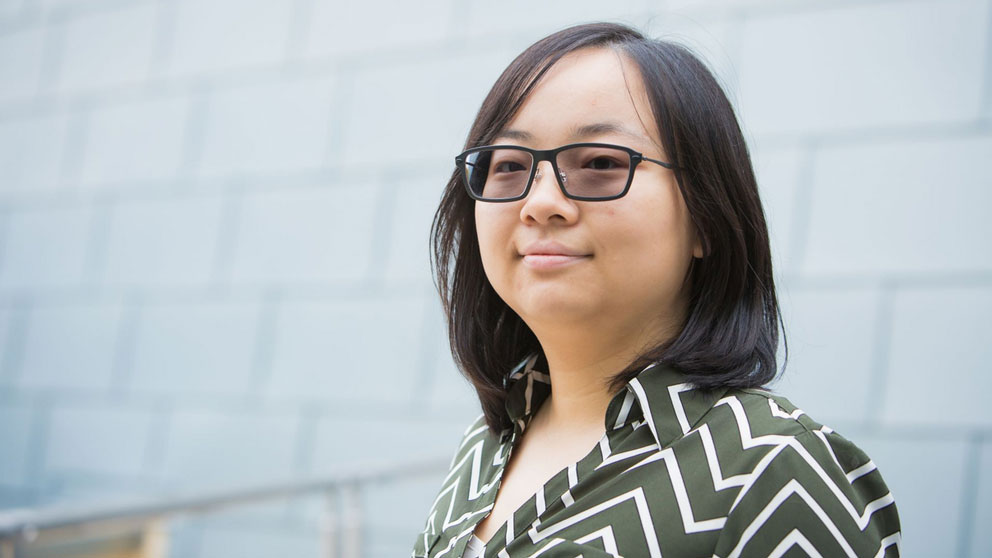 Li investigates epigenetics, which are modifications of the genome—usually the addition or removal of chemical compounds, such as methyl groups—that don’t change the underlying DNA sequence. Epigenetic changes are very important regulators of gene expression, and they can play vital roles in both healthy and disease states. Li has focused on epigenetics in the context of cancer, but her MIRA funding provides the opportunity to broaden her program.

“We can now apply the whole computational toolbox we’ve developed over the years to look at normal cell differentiation,” she says. “For example, how do epigenetic modifications influence the progression of stem cells to mature cells, such as B cells in the immune system? I will be able to look at the stages along the way and look at different kinds of epigenetic marks as well."

Beck investigates genomic instability and the mechanisms driving structural rearrangements, with a focus on transposable elements, repetitive elements that can relocate within the genome. She uses mice to study the basic biology underlying structural variants, but her work has potential therapeutic implications as well, including in cancer.

“The mouse is a beautiful model system for investigating transposable elements, as they have more active transposons than humans,” she says. “There’s also differences in activity and structural variation between strains, so that provides the opportunity to look at mechanisms and why some regions of the genome are more unstable than others.” 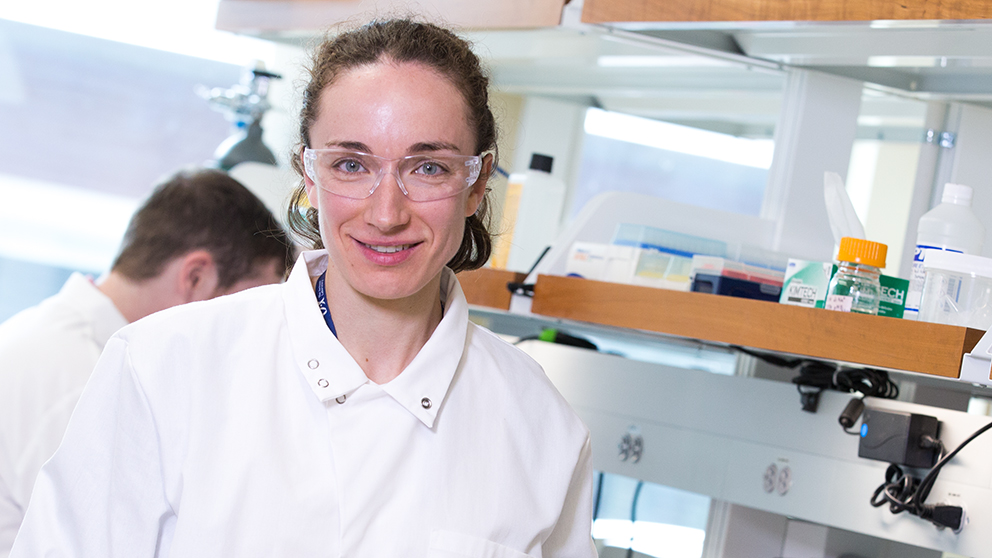 The impact of the MIRA grants will likely reach far beyond individual research programs. For example, they will help fuel a collaboration with Munger, Baker and other JAX faculty that takes full advantage of JAX’s unique set of resources. It will involve investigating mouse stem cell lines and the role of genetic variation on the ability of a cell line to maintain pluripotency—the ability to develop into any cell type found in the body—or transition to differentiation and maturation.

“When you study development at very early time points—just after fertilization, when the cells are still pluripotent—you just can’t do that kind of research in humans,” says Munger. “At what point does an embryonic stem cell move from pluripotency to a differentiated state? What role does genetic variation play in the process? Mice, and specifically diversity mice and cell models, are essential for this work.”

Dumont and the others are also excited about another aspect of the grant’s effect on their labs as a whole.

“The MIRA allows me to provide better training for the members of my lab,” says Dumont. “There is room for a lot of flexibility with trainee projects, so they can be creative and interrogate a research area of particular interest to them.”

All in all, it’s been a memorable summer that will benefit JAX, its faculty and even the larger research community for years. Stay tuned for the findings to come.