Protecting the most vulnerable from environmental toxins 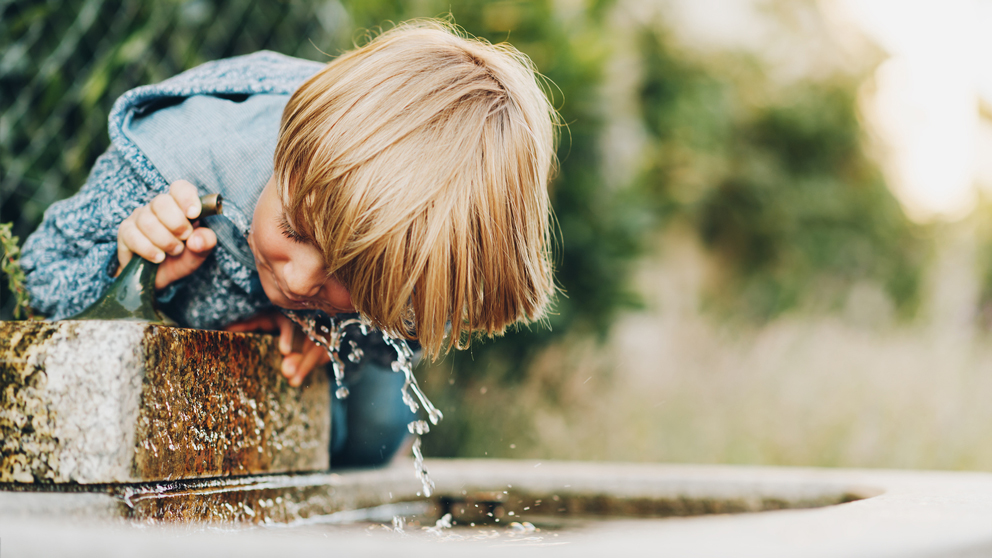 How much arsenic in drinking water is toxic? Unfortunately, ‘it depends.’

Arsenic is an odorless, flavorless element that, in high concentrations, is a deadly poison. (That’s why it figures in countless 1930s English murder mysteries.) It’s a natural component of rock and soil, and leaches into groundwater, some of which finds its way into private wells. Some 44 million Americans get their drinking water from private wells, but how much arsenic is too much?

High-dose arsenic poisoning kills by shutting down kidney function, but there are many health risks associated with small quantities over time. According to the U.S. Centers for Disease Control and Prevention (CDC), long-term exposure to arsenic from drinking water and food (such as plants and fish that accumulate arsenic) can increase the risk of skin, lung, liver and bladder cancer. Exposure in utero and in early childhood has been linked to negative impacts on cognitive development and increased deaths in young adults.

Trimethylated arsenic gets rooted to your kidneys, gets concentrated in your urine and causes DNA damage in the bladder.  That's what causes cancer.

“When you ingest metallic arsenic through drinking water,” explains Gary Churchill, Ph.D.Employs a systems approach to investigate the genetics of health and disease and complex disease-related traits in the mouse.computational biologist Gary Churchill , “it gets into your liver, and your liver decides that this is not something it wants, and it modifies it chemically into various compounds, including trimethylated arsenic. Trimethylated arsenic gets rooted to your kidneys, gets concentrated in your urine and causes DNA damage in the bladder.  That's what causes cancer.”

In the United States, the maximum contaminant level allowed for arsenic in public water supplies is 10 micrograms per liter (mcg/L). But even this standard of 10 mcg/L may not be high enough to protect the most vulnerable people — including pregnant women, children, the elderly and people with compromised immune systems — from arsenic’s ill effects.

Moreover, across the nation the concentration of arsenic in groundwater ranges from virtually zero to more than 5,000 micrograms per liter. Notable arsenic hotspots, as indicated on this map created by the U.S. Geological Survey (USGS) in collaboration with the CDC, are in areas of California, Nevada, Washington, Illinois and Maine. The USGS-CDC study estimates that 2.1 million Americans are drinking water from private wells with elevated arsenic levels.

Churchill wants to know what makes an individual more or less susceptible to the adverse effects of arsenic. The Jackson Laboratory (JAX) professor and Karl Gunnar Johansson Chair is the lead investigator of a five-year, $3.5 million grant from the National Institute of Environmental Health Sciences (NIEHS) to study the genetic factors that influence arsenic toxicity.

“Instead of trying to protect the average person,” Churchill says, “we would really like to know how do we protect the person who's most at risk, what the safety level is for the worst case.”

Regulatory toxicology seeks to create safety thresholds for chemical exposure in humans based on experimental studies in animals, he explains, “but results of these studies may not accurately predict human sensitivity, because they fail to accommodate the genetic diversity that exists across human populations.”

Churchill’s solution is to change the animal studies themselves.

For more than a century, the scientific and regulatory worlds embraced the use of inbred laboratory mice to reduce the daunting complexity of biology and focus on a single genetic trait, such as coat color or cancer susceptibility. But reductionism comes at a cost: That complexity is what defines a unique individual, mouse or human.

Testing the efficacy of drugs, or the toxicity of an element like arsenic, in inbred mice is like testing in a theoretical human family of hundreds of identical twins. Actual humans are “outbred,” with millions of genetic variations that make them unique. So, results vary when a drug enters clinical trials. And a few people get bladder cancer after consuming even minute quantities of arsenic in drinking water.

With the goal of creating laboratory mouse populations that better reflect the genetic variation found in humans, in 2004 Churchill, together with Elissa Chesler, Ph.D.Researches the genetics underlying behavior and identifies the biological basis for relationships among behavioral traits.JAX Professor Elissa Chesler when she was at Oak Ridge National Laboratory and dozens of other leading laboratory mouse experts around the world (known collectively as the Complex Traits Consortium), devised the Collaborative Cross: a mouse population established with eight different founder strains.

Crossing these animals shuffles the genetic deck to yield populations of mice with greater genetic diversity than is present in the entire human race. Sequencing the DNA of each animal allows researchers to peg physiological characteristics to specific genetic variants. Today Collaborative Cross and related Diversity Outbred mouse populations are  Genetically diverse mouse populations reveal secrets of the genomeDiscoveries in JAX-founded Collaborative Cross, Diversity Outbred populations show value of multi-parent model organism systemsrevolutionizing the study of diseases and genetic traits , including response to drugs and toxins.

Together with his JAX colleagues Ron Korstanje, Ph.D.Studies the genetics of kidney function and disease, particularly in the context of aging, using genetically diverse mouse models.Ron Korstanje and  Laura Reinholdt, Ph.D.Dr. Reinholdt’s research focuses on comparative and functional mammalian genomics, reproductive development and stem cell biology. Laura Reinholdt, Churchill will be evaluating the effects of very low quantities of arsenic — well below the regulatory benchmark for public drinking water — on Collaborative Cross and Diversity Outbred mice. Churchill is devising a new statistical program to analyze the resulting data so that the findings can be translated to develop more individualized standards for human chemical exposure.

Churchill says the project is a proof of principle of a new approach to chemical safety evaluation, which he and his colleagues call systems toxicology. This approach could lead to a dramatic change in how toxic substances are regulated. Besides the grant to JAX, NIEHS has made awards to the University of North Carolina, Texas A&M University and other institutions to explore the role of genetic diversity in toxicology.

“The field of toxicology is very tied to regulatory issues,” he says. “There's a lot of government oversight. There's real inertia to stick with the tried and true. So, this is a real bold initiative to go forward and explore some new approaches to using animals to understand adverse outcomes from toxic exposure.”

The experiments will focus on kidney function, Korstanje’s research focus. “Arsenic accumulates in the proximal tubule of the kidney,” Korstanje says, “and we want to understand this process. Does genetic variation lead to a difference in uptake or a difference in dealing with the arsenic once it is inside the cell? What is the mechanism that leads to renal damage and how important is genetic variation and the arsenic dosage in this process?”

In parallel with the mouse experiments, the researchers will also study the effects of arsenic on cell lines taken from the very same mice. “Can we learn everything we need to know about the toxicology just from looking at the cells?” Churchill asks. “If the answer is yes, then we can reduce the use of animals in toxicology testing and we can go high-throughput, testing billions of compounds in a much simpler way.”

But, he says, “I expect the answer is going to be no. In the cell lines, we're going to be looking for DNA damage. But we still don't understand all of the things that happen physiologically in the whole organism when it gets exposed to arsenic.”

Churchill, Korstanje and Reinholdt work at the JAX headquarters campus in Bar Harbor, Maine, which is located within one of the arsenic hotspots on the USGS map. Like many residents of rural Mount Desert Island, Churchill gets his drinking water from the well on his property. 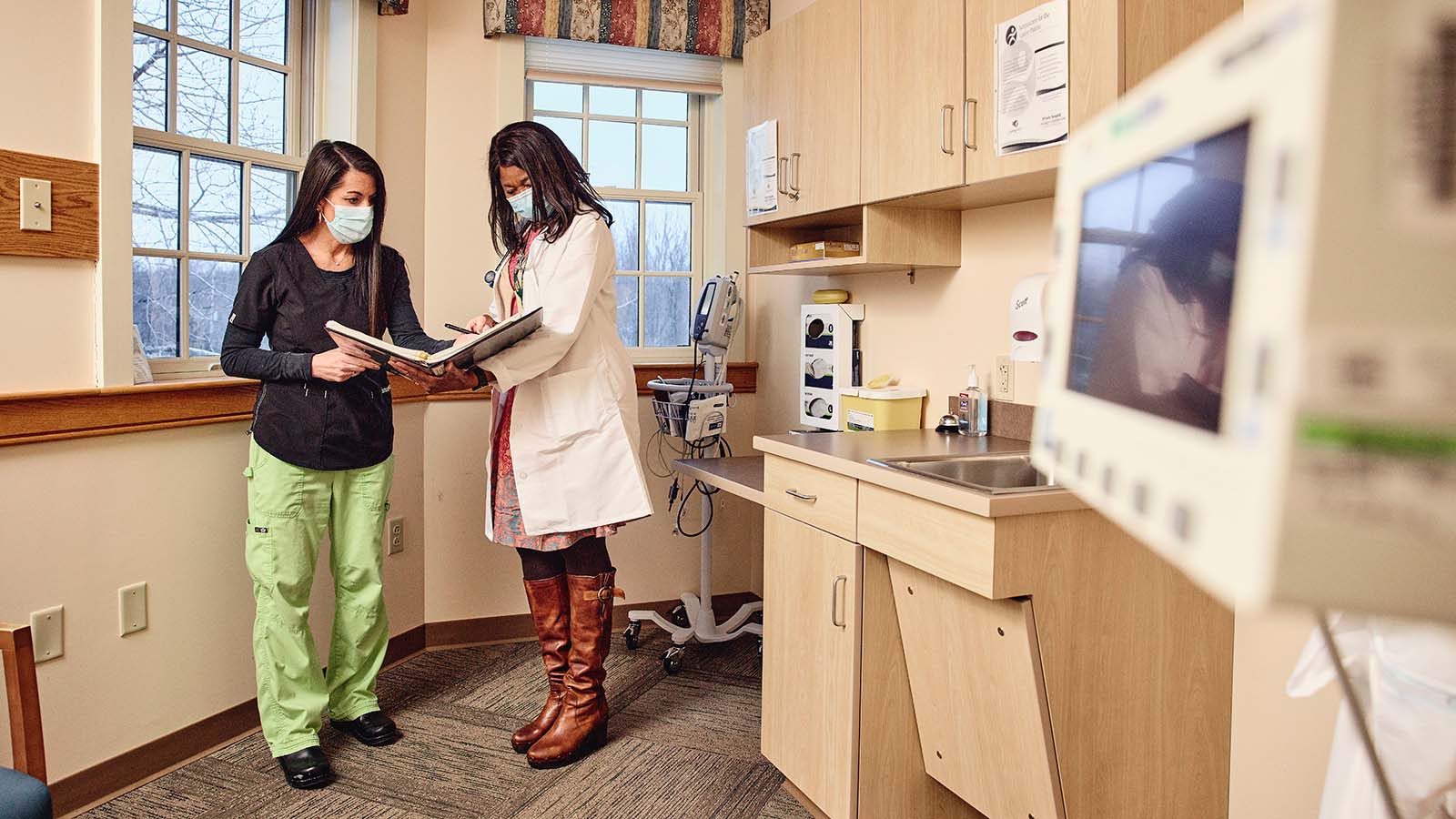