What are the early signs of Alzheimer's and am I at risk? 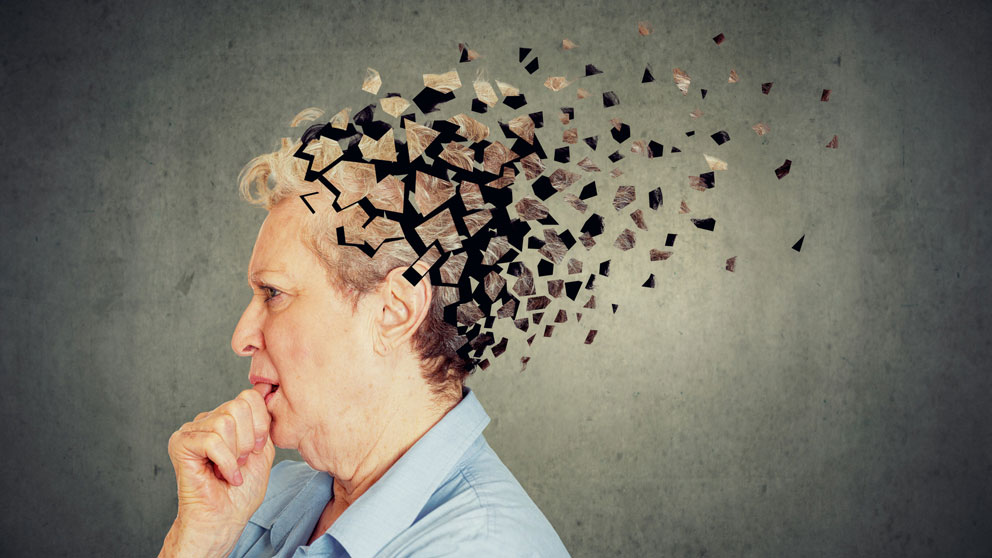 Alzheimer's is the most common form of dementia, affecting more than 5 million Americans alone. The big questions most of us want to know are: what are the early signs of Alzheimer's, and how do I know if I'm more at risk?

With another person developing the disease every 65 seconds on average, it's something that is likely to affect all of our lives in one way or another at some point. To that end, it is worth learning more about this disease in order to be better educated about the world's most common form of dementia

What is the difference between Alzheimer's and dementia?

First, some explanation of dementia vs. Alzheimer's. According to the Alzheimer's Association, dementia is a general term for a decline in mental ability that interferes with daily life. Not a normal part of aging, most dementias are typically caused by damaged brain cells.

Of all the dementias, Alzheimer's disease is the most common, accounting for 60-80% of the cases. In other words, it is a specific disease while "dementia" is a general term for a life-altering decline in brain function (for one reason or another).

What is Alzheimer's disease?

Alzheimer's disease is an irreversible brain disorder. It is a progressive condition that causes issues with memory, cognition, and behavior.

It was first discovered in 1906 by Dr. Alois Alzheimer, a German psychiatrist and neuropathologist. He examined the brain of a woman who had died following symptoms including memory loss, language problems, and altered behavior. He found unusual clumps in her brain, known as amyloid plaques, as well as tangles in her brain fibers that are some of the main features of Alzheimer's disease.

Since this initial discovery, many other complex changes in the brain have been discovered among people suffering from disease, including the loss of connection between neurons.

What are the early signs and symptoms of Alzheimer's disease?

Now that we've discussed the scientific definitions, let's turn to the warning signs. According to the experts at the Alzheimer's Association, there are 10 major early signs and symptoms of Alzheimer's to watch out for, and they are as follows:

The Alzheimer's Association points out that the early signs above are not considered a natural part of aging. All of us will forget names sometimes, misplace objects, and become distracted (especially if in stressful situations), but Alzheimer's is marked by a complete inability to remember something: as if the memory or marker is simply gone. In other words, forgetting a co-workers name and then remembering it a short time later is not a sign of Alzheimer's. Forgetting where you work after you have been working there for 20 years, however, may be an early warning sign.

Am I at risk for Alzheimer's?

Whether we have seen early signs in ourselves or not, many of us want to know what our chances of getting this disease may be. Research has shown a number of possible factors that can impact your chances of getting Alzheimer's disease, although none of these are a cause in and of themselves.

Some ages are more at risk

Old age is one of the most obvious risk factors. The vast majority of people develop the disease after the age of 65, and once you reach 65, your risk of getting Alzheimer's doubles every five years. But Alzheimer's doesn't only affect people over 65; it has been known to affect people half that age, although this is much rarer.

A family history will also increase your risk of getting the disease. The risk increases even more if you have multiple family members who have suffered from the disease.

Whilst this may be due to the hereditary genetic factors we will look at in more depth later, there may be other factors at play. These could include environmental factors that impact both yourself and your family.

Gender is another significant risk factor. The first discovery of the disease back in 1906 was in a woman, and about twice as many women as men over 65 have Alzheimer's. This may be in part to the fact that women have a longer lifespan or may even possibly be linked to menopause.

There is a gene called apolipoprotein E (APOE) which is one of the most common risk genes. APOE is usually found in one of three forms. APOE3 is the most commonly found form of this gene, and it offers no increased risk of Alzheimer's.

APOE2 is the least common form, and this gene actually seems to reduce the risk of getting the disease. APOE4 is more common than APOE2, and it is this gene that increases the risk of Alzheimer's. Since you inherit an APOE gene from both your mother and your father, you may be unlucky enough to inherit two APOE e4 genes, which will increase your risk even further.

Even having two APOE4 genes is not a guarantee of getting late-onset Alzheimer's, however; it only means that there is an increased risk of you doing so. About 25 percent of people with one APOE4 gene develop the disease by the age of 85. That rises to 55 percent for people with two APOE4 genes.

There are still many other factors that may increase your risk. There is a link between people who have suffered head injuries and an increased risk of Alzheimer's. Conditions that affect the heart such as high blood pressure, heart disease, high cholesterol, and diabetes can also increase your risk. There is even a higher prevalence of Alzheimer's among Latinxs and African-Americans.

What can I do to minimize my Alzheimer's risk?

While many of the risk factors involved with Alzheimer's, such as your age and gender, are beyond your control, there are some steps you can take to reduce your risk.   Stopping Alzheimer's disease before it erases memories, personalities and lives?Yes, it's possible. Using genomic technologies and specialized mouse models to develop preventative therapies, JAX scientists aim to stop Alzheimer’s before it starts.Research has shown  that quitting smoking, cutting down on alcohol,  Can I Outrun Alzheimer's Disease?What ApoE4, healthy behaviors and other variables might mean for Alzheimer's Diseasegetting regular exercise, and   Does a 'western diet' increase risk of Alzheimer's disease?JAX research provides insight into the role of the western diet in Alzheimer’s disease.eating a balanced diet  can all help both your heart and your Alzheimer's risk.

There is some evidence that suggests that keeping your mind active may also offer some reduction of risk. Doing something that challenges your brain, such as learning a language or doing word puzzles may help to some extent.

Will I get Alzheimer's?

After hearing all this information, the question we've probably all asked ourselves remains: will I get Alzheimer's?

The simple answer is that, unfortunately, there's no real way to tell. There are a number of risk factors that can increase your chances of developing the condition, but it is very rare that these factors will guarantee that you will get Alzheimer's at some point.

Much more research is needed into the causes and risk factors associated with Alzheimer's disease, but the good news is that this research is going on right now. The Jackson Laboratory is one such institution leading the charge with cutting edge discoveries, a strong focus on personalized medicine, and our renowned JAX Center for Dementia and Alzheimer's Research.

Another institution internationally known for its research and charity is the Alzheimer's Association. If you are concerned about signs or symptoms of dementia in yourself or a loved one, we recommend turning first to the Alzheimer’s Association Help & Support page. This page includes a many helpful articles, ways to connect with local support groups, and a 24/7 hotline for any Alzheimer’s and dementia related questions.