A new world of opportunity in rare diseases 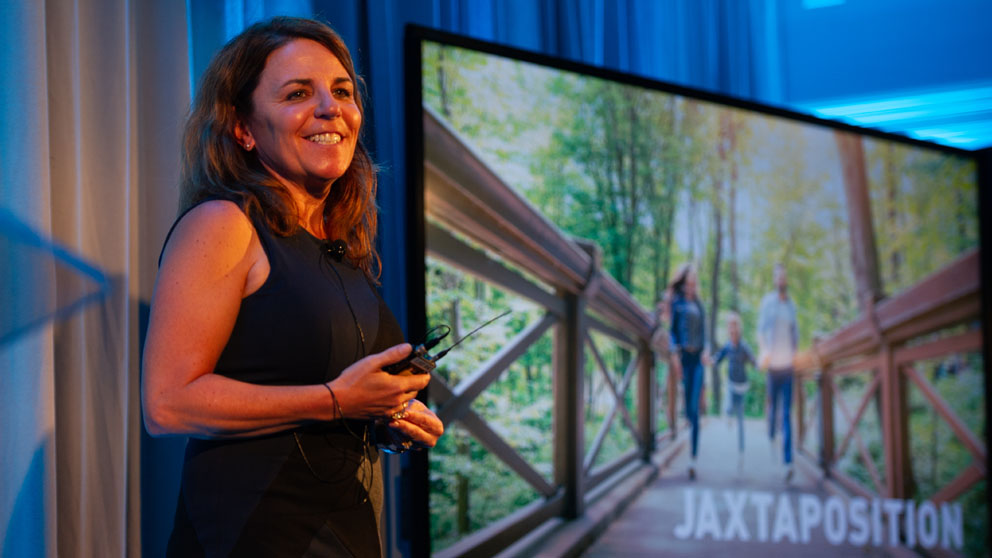 Scientists at The Jackson Laboratory (JAX) are using what they’ve learned in the realm of rare diseases to pursue therapeutics for more common diseases like Alzheimer’s, Parkinson’s and amyotrophic lateral sclerosis (ALS).

In a TED-style talk at the Cumberland Club in Portland, ME, Cat Lutz, Ph.D. MBA, senior research scientist and director of the Mouse Repository/ in vivo pharmacology lab and the Rare and Orphan Disease Center at JAX, described the challenges and opportunities that come with researching rare diseases.

Approximately 80 percent of rare diseases are genetic in origin, and about half affect children. “It’s very hard to meet with families and patients and not feel compelled to do something where you believe  that you can make a difference,” she said.

The field also holds a tremendous amount of opportunity.

Research by Lutz and her collaborators led to the development of Spinraza®, the first FDA-approved drug to treat spinal muscular atrophy (SMA), a rare neurodegenerative disease that affects children.

“Ten years ago, it would have been hard to be thinking about cures or therapeutics for diseases like spinal muscular atrophy or Duchenne muscular dystrophy, as a reality” said Lutz. “Now, we are in a place where the technology is catching up. We have opportunities that we didn’t have before.”

Lutz spent a decade studying SMA, which she describes as a devastating disease both for the patient and for families. In SMA patients, motor neurons in the spinal cord start to degenerate, leading to degradation of muscles, paralysis, and eventually, death. Patients with type 1 of SMA usually don’t live past two years of age.

Lutz and her colleagues, by modeling the disease in mice, targeted the mutation that causes SMA, and genetically reversed it. Over the course of their research, they learned that there was a therapeutic window for SMA, and that when targeted very early, the disease could be almost completely overcome.

Theirs and others research in mouse models related to SMA translated directly into clinical trials, and the work resulted in the development of Spinraza® , the first medication used to treat SMA.

“It was a victory like no other victory that we’ve had before, and it really set the stage, I think, for so many other rare diseases to follow,” said Lutz.

Lutz says that parents of patients of rare diseases often speak of a “diagnostic odyssey.” “If you had a child who was not reaching developmental milestones, had intellectual disabilities, was weak and had poor muscle tone,” explained Lutz, “you usually went from doctor to doctor to specialist to specialist trying to understand exactly what is wrong with my child.”

Now, Lutz says that she and her colleagues are seeing more diagnoses of rare diseases than ever before. As more and more physicians recommend that patients get their DNA, or entire genomes, sequenced, diagnoses of rare diseases are increasing. “Patients are being diagnosed with a particular genetic defect, and that didn’t happen before,” said Lutz.

The Need for Mouse Models

JAX’s unique ability to provide mouse models to the scientific community, and to put the mouse models in the hands of the people who are developing therapeutics – and quickly - is what is going to make a real impact, according to Lutz.

“Once we are able to genetically engineer a precise genetic mutation into a mouse, we’re able to understand more about the disease than we ever were before,” she said. The mouse model allows researchers to understand the pathophysiology of a given disease, what organs are affected, exactly where gene therapy would be effective, and more.

Lutz and her colleagues partner with foundations, other scientists worldwide and pharmaceutical and biotech companies to facilitate research into treatment for these patients.

Looking forward, the work Lutz and her colleagues are doing on rare diseases is not just going to help with the next rare disease, but with so many other more common diseases.

Lutz is currently researching ALS, and she says that as recently as five years ago, she only had handful of mouse models for the disease. Now, she has 20. Like the SMA clinical trials, the pre-clinical and clinical trials that are now being designed for ALS, more and more, target the genetic mutations of the disease.

“It’s precise,” said Lutz. “This is our new world of precision medicine, and this is how we’re going to approach it in the future.” 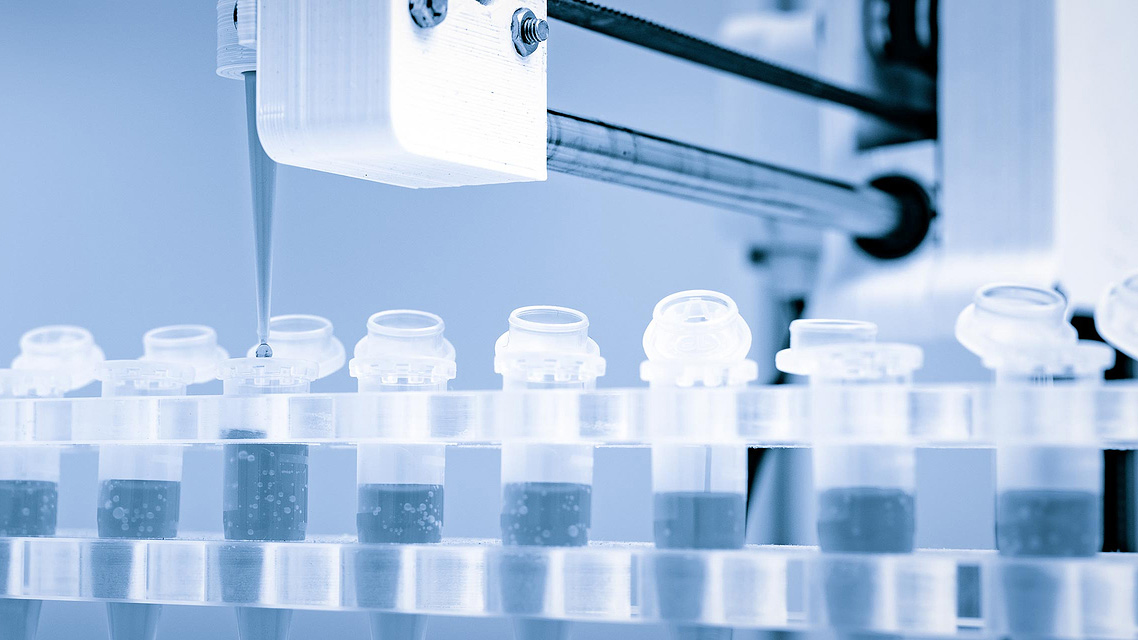 Scaling up the assault on rare diseases