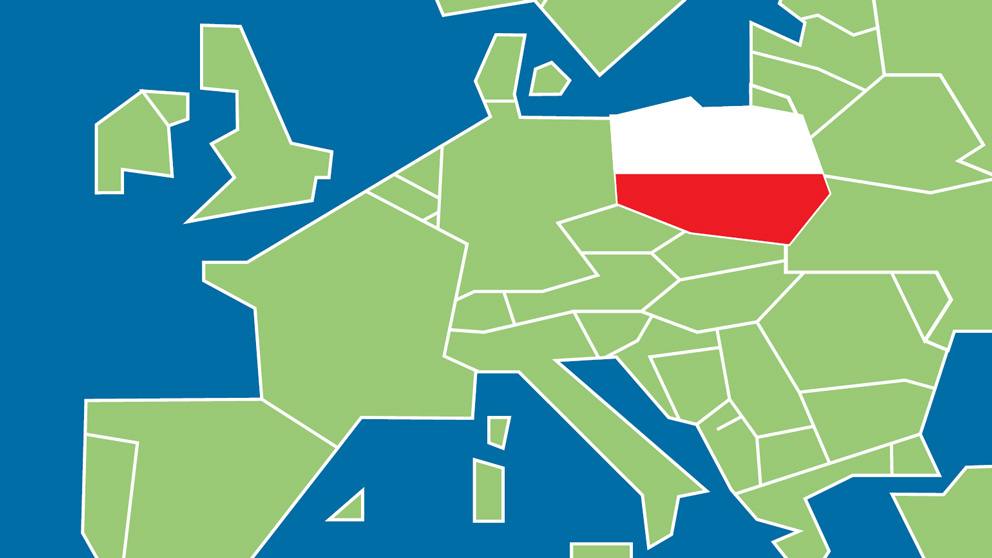 Poland has about 38 million inhabitants, about a tenth of the U.S. population, but the Eastern European country has a significant and growing presence in the world of science, including at JAX.

JAX Professor Yijun Ruan, Ph.D.Elucidates the structures and dynamics of DNA elements in complex genomes, including physical three-dimensional structures.Yijun Ruan, Ph.D. , collaborates on several research projects with Grzegorz Wilczyński of the Laboratory of Molecular and Systemic Neuromorphology at the Nencki Institute of Experimental Biology in Warsaw, Poland. In one project, funded by the international Human Frontier Science Program, the researchers explore the role of the 3D genome in the complex mechanisms involved in memory, learning and epilepsy.

Palucka is one of three members of the JAX research faculty who were born in Poland and received their primary and secondary schooling in the rigorous public education system there. “You had to pass a difficult entrance exam to get into your chosen high school or university,” says Assistant Professor Ewelina Bolcun-Filas, Ph.D.Researching meiosis, the mechanisms of DNA damage detection and repair during normal development of gametes, and implications for fertility of cancer patients after radiation and chemotherapy.Ewelina Bolcun-Filas, Ph.D. “And students coming out of the top high schools were often at the level of a four-year college student in the U.S.”

Bolcun-Filas left Poland to earn her Ph.D. at the Institute for Human Genetics Georg‑August‑Universität Göttingen, Germany, followed by postdoctoral work at the MRC Human Genetics Unit in Edinburgh, Scotland, and Cornell University in Ithaca, N.Y. She studies the mechanisms of DNA damage detection and repair in developing germ cells, which could hold clues for ways to protect the fertility of female cancer patients undergoing radiation or chemotherapy treatments that could damage the finite egg reserve in the ovary.

Anczuków and Bolcun-Filas pursued their scientific training in the era following the fall of Communism when there were few academic research positions for the country’s many well-trained scientists.

However, a recent article in the journal Nature, “Into the Light,” depicts Poland as a nation that is building its research infrastructure and growing in scientific influence, doubling the percentage of gross domestic product spent on science between 2005 and 2015. “Poland is already taking the lion’s share of scientific publications produced in Eastern Europe,” the article notes.

Polish-born Wojciech Rosikiewicz, Ph.D.I am interested in heterogenous nature of cancer, which I am going to study from the epigenomic perspective.Wojciech Rosikiewicz, Ph.D. , a postdoctoral associate in the laboratory of JAX Assistant Professor  Sheng Li, Ph.D.Applies data integration and machine learning to advance the frontiers of cancer epigenomics and evolution. Sheng Li, Ph.D. , notes, “There are currently so many funding opportunities available in Poland that a scientist with a good idea will always find a way to fund his or her research.” He also points to grant programs that enable students to continue their education in other European Union countries and to establish labs back in Poland once their education is complete.

These indications of a thriving Polish scientific community should ensure that scientific collaborations and partnerships with JAX continue well into the future.