Muscle function is derived from specialized cells that contain further specialized sub-structures known as sarcomeres. High school biology covers the familiar actin/myosin mechanisms within the sarcomeres that lead to muscle function, including contraction and relaxation. But the processes through which human sarcomeres form, and the multiple genes and proteins involved, remain less well defined. The assembly mechanisms are of particular importance in the heart, as defects in cardiomyocytes and cardiac sarcomere development can result in severe adverse effects, including cardiomyopathies. 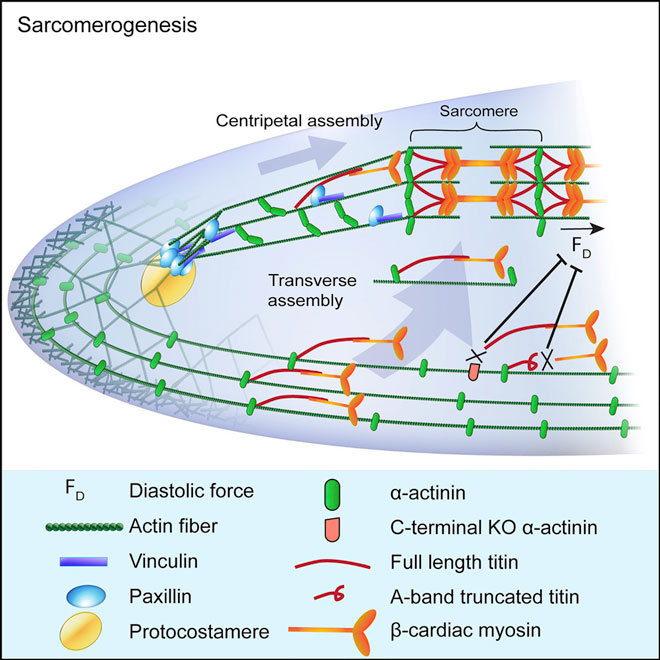 Sarcomere development is difficult to study, in part because cardiomyocytes cannot be cultured long-term, and it’s difficult to disrupt the essential protein components in vertebrate models without affecting overall viability. A team led by researchers at Boston University and Harvard University, and including JAX Assistant Professor Travis Hinson, M.D., used a newly developed model system, cultured human cardiomyocytes derived from induced pluripotent stem cells (iPSCs), to study the role of titin and other aspects of sarcomere assembly. In “Force Generation via β-Cardiac Myosin, Titin, and α-Actinin Drives Cardiac Sarcomere Assembly from Cell-Matrix Adhesions,” a paper published in Developmental Cell, the researchers determined the proteins that play essential roles in the formation of a tension-bearing, mechanical molecular connection that directs functional cardiac sarcomere assembly.

Of particular interest was the role of titin. Several groups have reported that mutations in titin, which is thought to define the length of mature sarcomeres, can lead to sarcomere depletion, though it is unclear how. The paper demonstrates that full-length titin, in concert with β-Cardiac Myosin and α-Actinin, is needed to generate the intracellular mechanical tension necessary to initiate sarcomere assembly. While the authors acknowledge that the iPSC-generated cardiomyocytes have limitations, they provide a highly effective model of immature cardiac cells in which to study sarcomere formation. The engineered cells, in combination with real-time visualization technology also used in the research, provide novel insight into the mechanical consequences of pathogenic mutations in the heart and open new approaches to developing therapies. 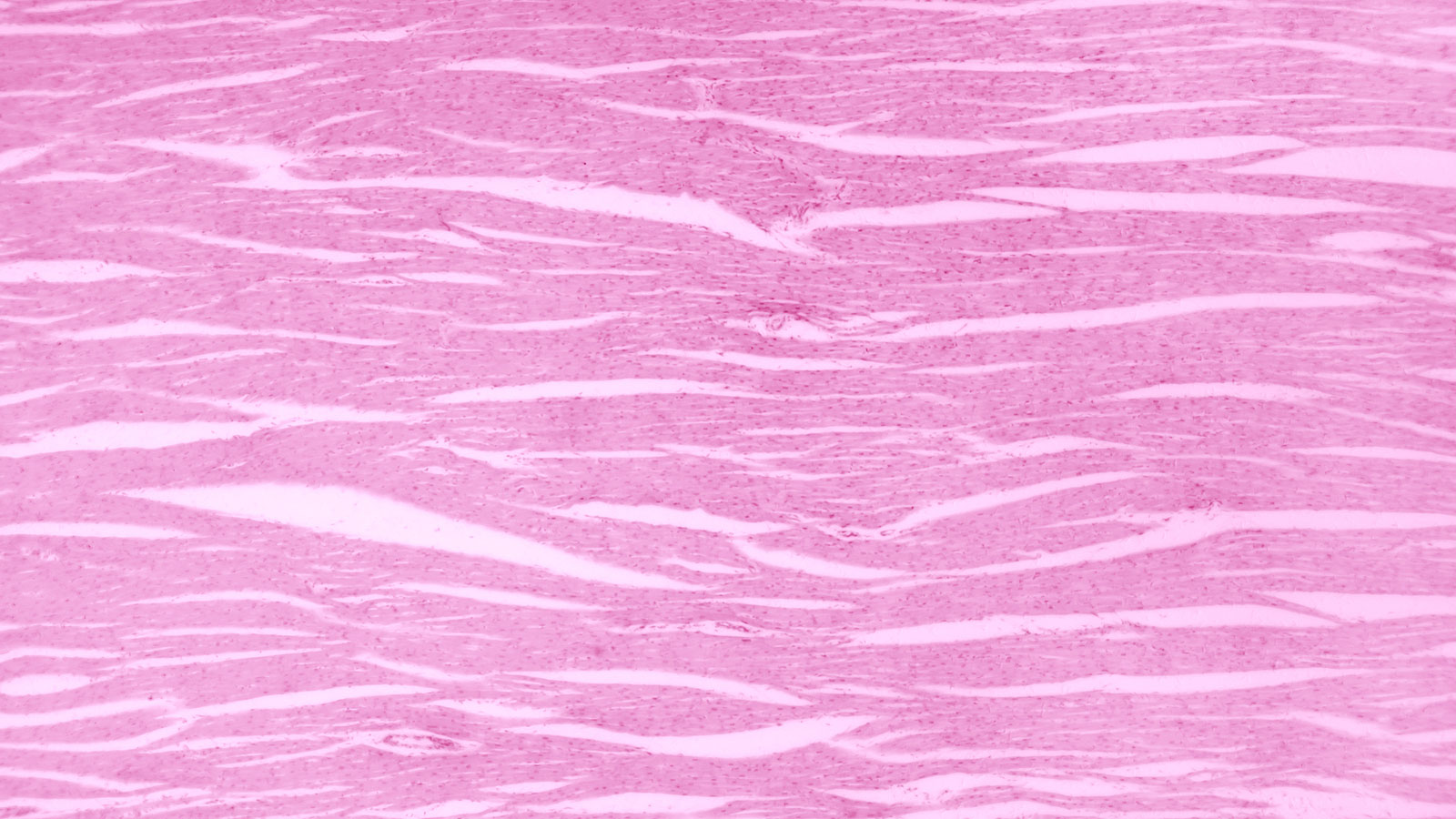