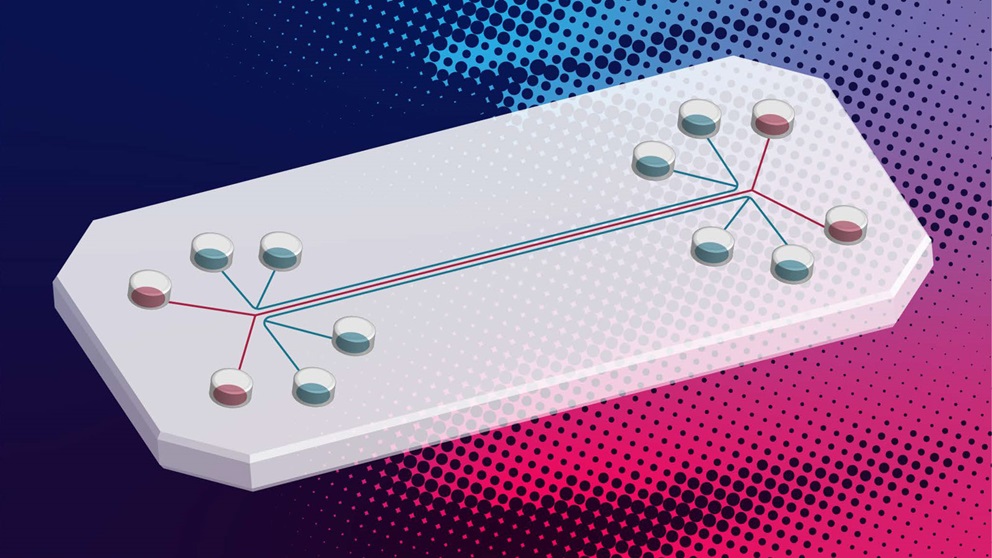 In vitro versus in vivo

For decades, biomedical research has had two basic contexts for inquiry: in vitro, such as in cell cultures or a petri dish, and in vivo, meaning in a living organism. Lately, with the growing amounts of available data and increasing power of computer modeling, in silico research has also emerged as a viable third option in some situations. But so far, in silico work remains dependent on findings from the lab bench.

Not surprisingly, in vitro research platforms are typically faster and less expensive than in vivo work, but they come with significant limitations. For example, investigations into complex diseases, which involve the interplay of multiple systems within the body, generally depend on in vivo research. That said, it can be difficult to translate biological discoveries made in model organisms back to human systems and clinical progress. And while we cannot experiment on humans in the same way, there are some aspects to human function that are difficult or impossible to recreate in a different organism.

Scientists are therefore working hard to make in vitro research more informative, particularly about human biology and disease. While the advances in cellular and tissue-based platforms haven’t yet blurred the lines with in vivo work, they are replicating specific systems and functions with more and more power and accuracy. Of particular importance was the discovery of how to create induced pluripotent stem cells (iPSCs) in 2007. iPSCs are mature cells that are reprogrammed to function like embryonic stem cells, able to differentiate into a variety of cells and tissues. And of course, the emergence of CRISPR genomic engineering methods five years later has also played a vital role.

Heart disease has been the leading cause of death in the United States in recent decades. It afflicts an estimated 30.3 million American adults and caused 647,000 deaths annually as of 2018. Within five years of having a heart attack, 50 percent of women and 36 percent of men die, develop heart failure or have a stroke. More effective preventatives and post-heart attack therapies are clearly needed. Unfortunately, the heart is one of the human organs that has traits specific to humans that are difficult to model in the laboratory, and drug development for heart failure has largely stagnated for the past 25 years.

Investigating cardiovascular diseases that directly affect the heart, such as cardiomyopathies, is particularly difficult. So is research into human heart biology, such as the mature heart cell’s inability to divide and replenish. In some vertebrates, such as the zebrafish, heart damage can be repaired quickly and accurately, allowing the fish to recover with no future impairment. In human hearts, however, any damage to the heart, such as from a heart attack, cannot be reversed. But why is that the case? And might there be a way to unlock the recuperative powers of the zebrafish in our own heart cells?

To address these and other challenges, JAX Assistant Professor  J. Travis Hinson, M.D.Utilizes genomic approaches like CRISPR/CAS to interrogate mechanisms of inherited cardiovascular disorders especially those that lead to heart failure.Travis Hinson, M.D., is developing research platforms that allow him to investigate human heart cell function and disease. He leverages iPSC, CRISPR and new cell culturing technologies to create heart cells with certain properties and even test their ability to contract. He is also a practicing physician at UConn Health, working directly with the patients who can benefit the most from his research discoveries. 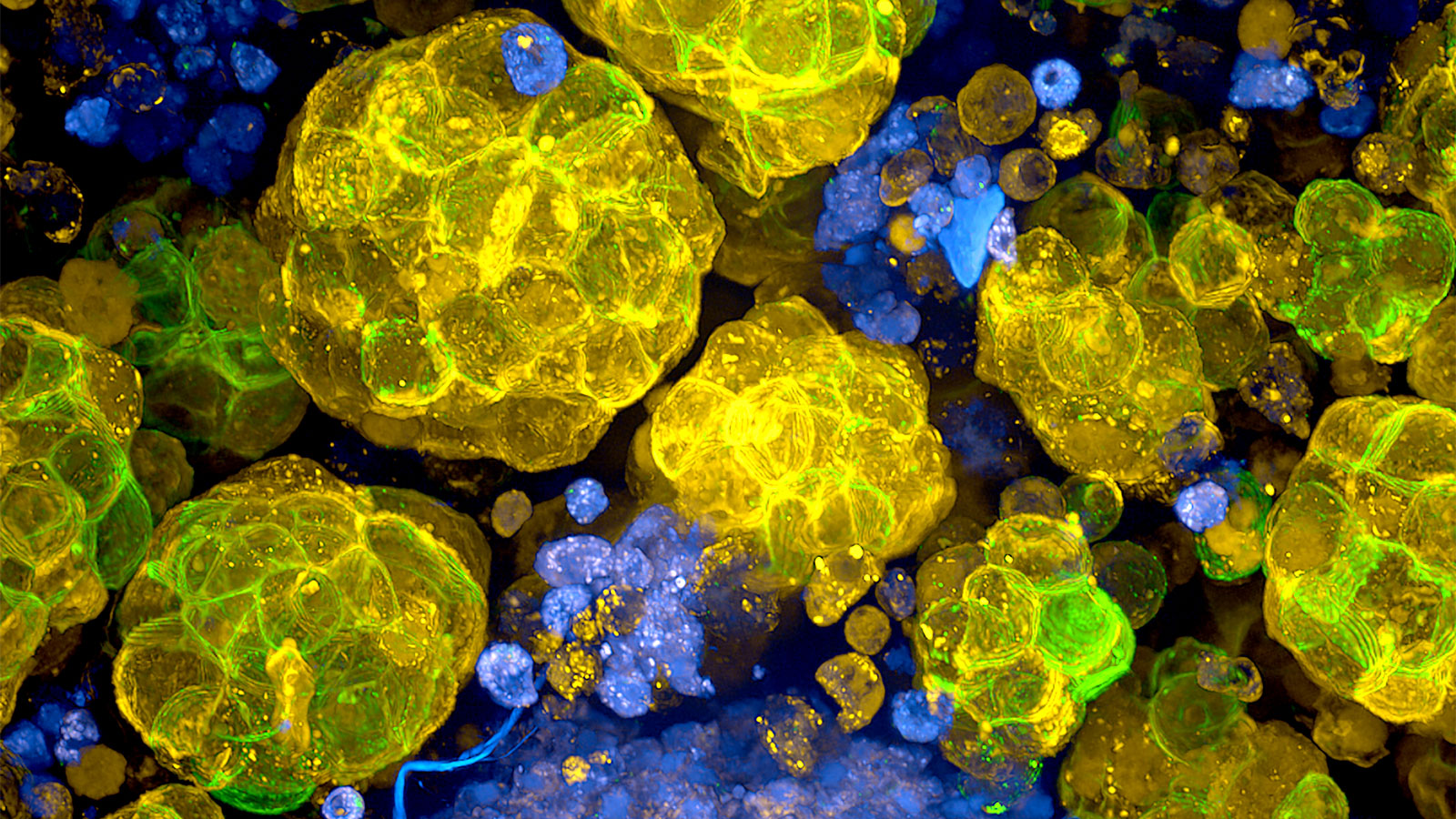 Heart in a dish?

Cardiomyopathies are heart diseases where the heart muscle is either dilated—becoming abnormally large and distended—or thickened. They impair the ability of the heart to pump blood efficiently through the body and can lead to heart failure. They can arise because of coronary artery disease, as well as DNA mutations in any one of dozens of genes. To investigate the genetics that may underlie cardiomyopathies, Hinson and colleagues are essentially trying to rebuild a little piece of a patient’s heart in a dish.

How is it possible to do this without actually harming someone? iPSCs. Hinson can take skin cells from cardiomyopathy patients, reprogram them to make iPSCs, then direct them to differentiate into heart muscle cells. The cells contain the same mutations that affect heart function in the patients, making it possible to study just what molecular mechanisms and pathways might be affected. Furthermore, Hinson combines the heart cells with support cells and other key components of their environment, such as extracellular matrix proteins, to create three-dimensional structures that actually contract. While these tiny “hearts” do not pump blood, their contractile properties can be thoroughly explored, and they can also be used to test possible therapeutic compounds.

Hinson is also using iPSCs for research into just what happens in our heart cells once we reach about eight years old that prevents them from dividing and renewing. Prior research had shown that mature heart cells typically have a single nucleus but are polyploid, meaning that they have more than the usual two copies of each chromosome. Therefore the cell cycle is stopped sometime between when the DNA is copied and when the cell actually divides into two daughter cells, and it stays that way throughout life.

Using iPSCs, Hinson made human heart cells that “matured” as expected, and he investigated what halted the cell division cycle. He zeroed in on a familiar research subject, p53, a key regulator of cell division and growth. Mutations in p53 greatly increase cancer risk, so it’s vital for long-term health. But in the heart cells, it directs a process that essentially locks the cells into a static condition, able to function throughout life but not able to renew if damaged. While p53 cannot be targeted systemically due to cancer risks, the research provides important insight into how the heart cells might be targeted for cell division renewal and in vivo regeneration following damage, such as after a heart attack.