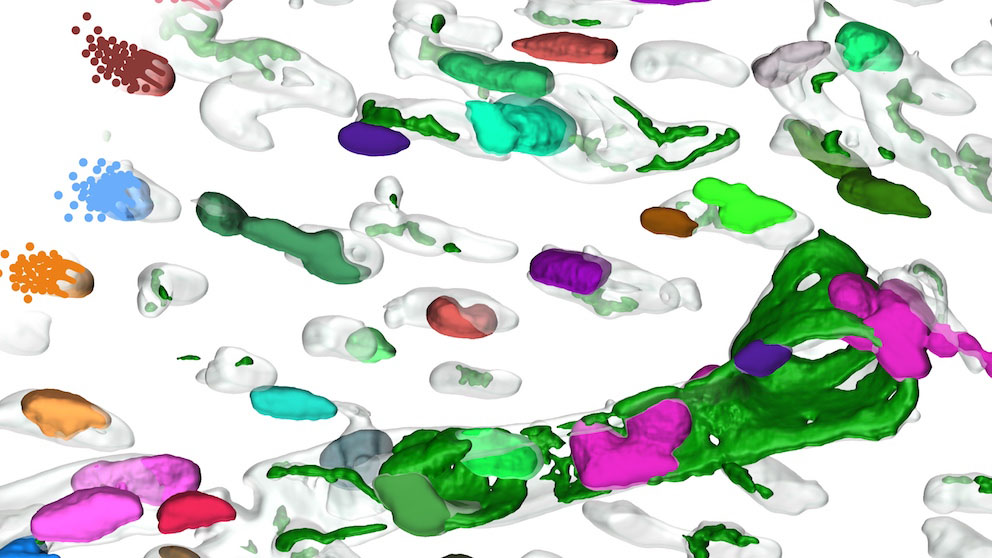 Scientists at The Jackson Laboratory (JAX) have published the first comprehensive survey of many of the cells of the mouse heart, providing a new resource for the study of cardiac development, health and disease.

Looking at cardiac cells other than myocytes (heart-muscle cells) in unprecedented detail, the researchers used single-cell RNA sequencing to analyze and sort more than 10,000 cells into nine distinct categories.

The research, published in the journal Cell Reports, was led by Alexander Pinto, Ph.D., a research scientist in the laboratory of JAX Professor and Scientific Director Nadia Rosenthal, Ph.D., F.Med.Sci.

“Our strategy was to scan these heart cells for gene expression patterns that are already well known for major cell populations,” Pinto says. These categories include several kinds of immune cells (macrophages, granulocytes, lymphocytes, and dendritic-like cells), and support cells such fibroblasts and endothelial cells that form the dense cardiac vasculature. Other cell categories they detected — pericytes, Schwann cells and smooth muscle cells — are involved in developing and maintaining the network of nerves and vasculature in the heart.

They also identified many of the complex cell-cell interactions in a working heart, and detected hundreds of genes showing sex-based differences in their expression in specific cell types. Notably, female genes involved are implicated in anti-inflammatory function, while increased expression in a male gene is linked to chronic inflammation.

“Besides providing a much clearer picture of the cells that populate the heart,” Rosenthal notes, “this research offers new strategies to isolate and examine some of the less-studied cell types, such as Schwann cells (cells that secrete the protective myelin sheaths along nerve axons), to determine their role in cardiovascular health and disease.”