What is single cell genomics? 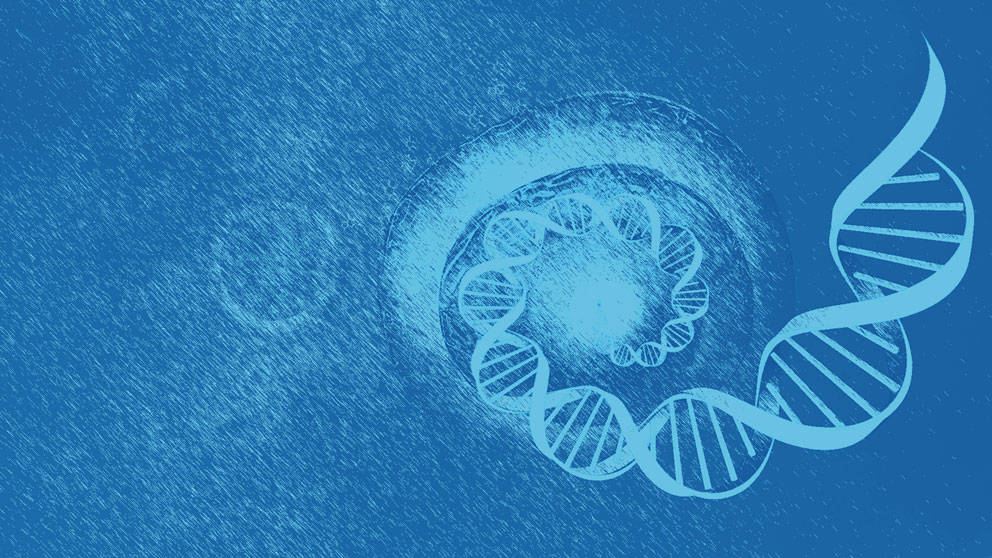 The human body is made up of nearly 40 trillion cells and roughly 200 different cell types. Amidst this significant diversity, scientists have typically explored cells in bulk. Rather than examining just a single cell, researchers analyze thousands or millions at a time. And that means what can be gleaned from an experiment usually reflects an entire population of cells, rather than one particular cell.

Research on a cellular level

One reason for this lack of individuality is technical — the amount of DNA (or RNA or protein) that can be extracted from a single cell is often not enough to support genome-scale analyses. Yet there are big questions in biology that stem from single cells. Cancer, for example, begins when the DNA of a cell is damaged (or “mutated”) in such a way that allows it to grow out of control, leading to many other rogue cells and the formation of tumors. But cancer isn’t the only area where a deep knowledge of cells as individuals could be beneficial. The brain, the immune system, blood — simply put, many, if not all, of the body’s systems are built on the concept of cellular diversity. And understanding how this diversity is programmed, through changes in DNA, RNA and beyond, is an essential piece in the vast puzzle of human biology.

Recent advances in the techniques for isolating single cells, together with methods for amplifying their genetic material, now make it possible to explore the genomes of single cells. With the birth of this new field, aptly known as single-cell genomics, scientists can probe the full complement of DNA (or even RNA) that exists within a cell.

Recognizing the remarkable opportunities to apply single cell technologies to major questions in biology and medicine, JAX recently launched a joint center for single cell genomics together with the University of Connecticut, including UConn Health. Paul Robson, Ph.D.Areas of expertise include single cell transcriptomics, primate/human early embryonic development, maternal-fetal medicine, fetal programming, pluripotent cell biology, regulatory networks, tumor heterogeneity, circulating tumor cells.Paul Robson , who serves as JAX Genomic Medicine's director of single cell genomics, believes the work of the new center will be critical to advancing the goals of precision medicine: “If you want better insight into how biology works, you need to look at its fundamental unit,” he says.

What is single-cell genomics?

Although the field of single cell genomics is still fairly new, it is already becoming clear that cells once thought to be genetically similar, if not identical, are in fact quite different. For example, cancer cells are not the only cells that can acquire changes in their DNA. These kinds of somatic (that is, non-inherited) mutations also appear in neurons, and could play a role in epilepsy, autism and other disorders of the developing brain. It is also possible that these genetic differences are somehow required for normal neuronal development. To be sure, we have only just scratched the surface in identifying and understanding the diversity that lies within our cells.

Indeed, as we ride the waves of single cell genomics — and genome sequencing and editing, too — we can see further than ever before. That means our biomedical knowledge is more advanced and more precise than ever, and it’s growing at a phenomenal pace. At the same time, we must also remember that there is still much more to learn.