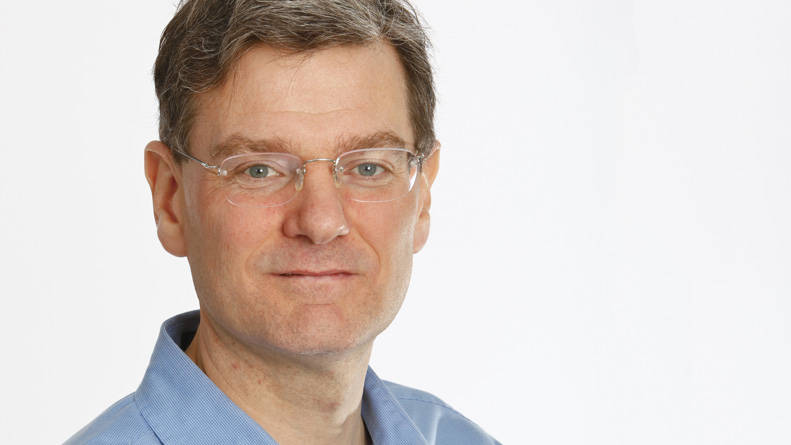 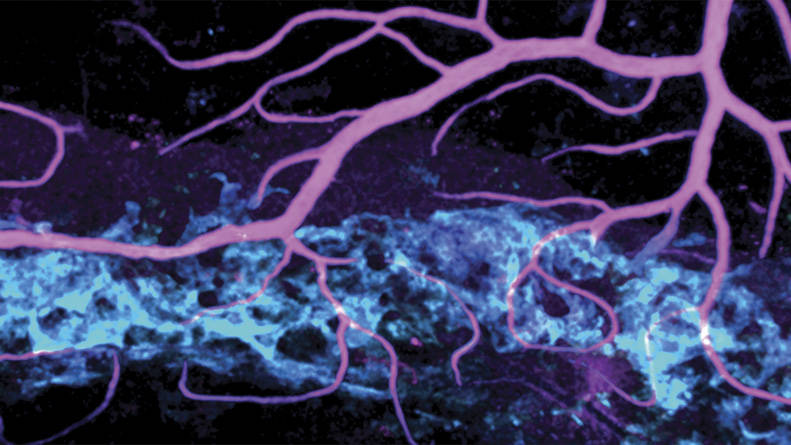 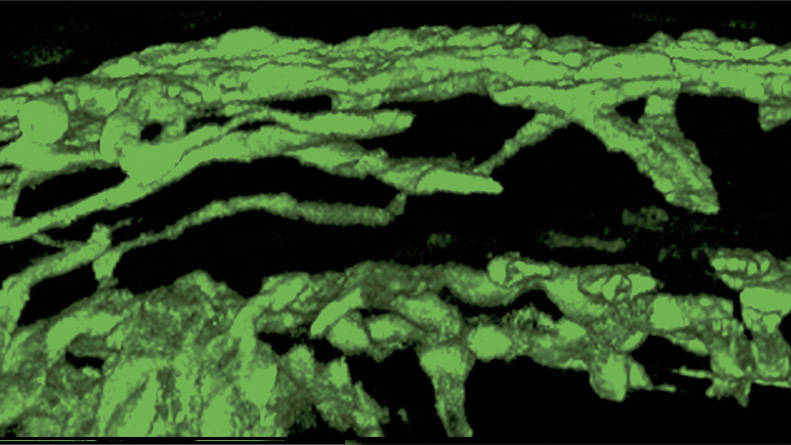 Nearly 200 years ago, a gifted German anatomist stumbled upon a rather macabre discovery. While examining a man who died at his own hand, by hanging, the anatomist unearthed a thin-walled canal, forming a delicate ring around the whites of the eyes. Ordinarily, such a structure might have escaped notice, but in this corpse, it was engorged with blood.

Although no drawings were made to document this seminal observation, the canal bears the name of its discoverer, Friedrich Schlemm, and is now known to play important roles in normal eye physiology and disease. It is also the focus of an important recent paper, published this past summer in the journal PLOS Biology and led by Jackson Laboratory Professor and Howard Hughes Medical Institute Investigator Simon W. M. John, Ph.D.

Ultimately, we would like to understand the molecular mechanisms involved in controlling fluid flow into Schlemm's canal and consequently eye pressure

“Although researchers have learned much about the effects of pharmacologic agents on Schlemm’s canal as well as its local ultrastructure through electron microscopy, we know remarkably little about its formation, functional architecture and specialized molecular features,” says John.

It has been well established that Schlemm’s canal is a critical gatekeeper in maintaining the proper flow of fluid from the eye. Disturbances in the flow of this fluid, known as aqueous humor, can raise pressure within the eye — a major risk factor for glaucoma, a condition that eventually leads to blindness.

However, some fundamental questions remain about the canal’s form and function. Surprisingly, until now, no one has studied the structure with such a powerful combination of tools, including high-resolution, three-dimensional analyses, and modern molecular and genetic approaches. To help answer the lingering questions about Schlemm’s canal, John’s team harnessed these methods and developed new ones, which can now be used by others across the scientific community.

Krishnakumar Kizhatil, Ph.D., an associate research scientist in John’s laboratory, sought to understand how Schlemm’s canal forms, both at a gross anatomical level and at a molecular level. “Ultimately, we would like to understand the molecular mechanisms involved in controlling fluid flow into Schlemm's canal and consequently eye pressure,” says Kizhatil. “This will allow us to better understand what goes wrong in glaucoma, and also give us information that can be exploited to develop new therapies.”

Using the mouse as a model, Kizhatil and his colleagues at JAX and Tufts University School of Medicine in Boston developed a new so-called “whole-mount” approach to visualize the canal in three-dimensions during its various stages of development.

Fluid-carrying vessels in the body, such as blood and lymphatic vessels, generally emerge through one of several distinct processes. Using a series of molecular markers to characterize the emergence of Schlemm’s canal, the scientists discovered that it arises from blood vessels through a previously unknown mode of vascular development, which they call “canalogenesis.” This developmental program shares some similarities with other modes of vessel development, but also exhibits distinct differences.

In addition, Kizhatil and his colleagues uncovered a key role for a protein called KDR. This protein, previously known for its role in forming blood vessels, is also required for early development of the canal.

Another key advance is the researchers’ discovery that a previously unknown class of endothelial cells lines Schlemm’s canal. This cell type blends together features of cells lining both blood and lymphatic vessels. Importantly, this mix of molecular attributes is not known to exist in any other cell type in the body and is likely to be a critical specialization for determining fluid flow into the canal.

Taken together, these molecular explorations provide a critical window on the formation of this delicate eye structure. Furthermore, they provide essential new information about the nature of Schlemm’s canal that may lead to a new paradigm of treatment aimed at features previously thought to be unique to lymphatic vessels.

John believes the discoveries and new tools provided by the paper will have a lasting impact on our understanding of Schlemm’s canal and its roles in ocular health and disease.