New therapies may be on the horizon for people suffering from multiple sclerosis (MS). A research team led by Dr. Lawrence Steinman from Stanford University School of Medicine, Stanford, Calif., has shown that angiotensin II, more commonly known for its role in regulating blood pressure, sustains inflammation in an experimental autoimmune encephalomyelitis (EAE) mouse model of MS. The team's results suggest that some well-known and safe anti-hypertension drugs can be used to treat MS.

Multiple sclerosis is an inflammatory demyelinating disease of the central nervous system (CNS). It is the most common cause of acquired disability in adults, most being diagnosed between the ages of 20 and 50. MS affects two to three times as many women as men and is more common among people with northern European ancestry. There is no evidence that it is inherited. An estimated 400,000 Americans and 2.5 million people worldwide have MS (National Multiple Sclerosis Society).

Although current model organisms do not develop multiple sclerosis, it can be approximated by inducing EAE. In their study, the Dr. Steinman's team induced EAE in C57BL/6J mice (B6J, 000664) by immunizing them with myelin oligodendrocyte glycoprotein (MOG) in complete Freund's adjuvant. This model of EAE exhibits many human multiple sclerosis phenotypes.

The team first set out to clarify the nature of angiotensin II receptor (ATR1) up-regulation in inflamed CNS cells. By using a combination of fluorescence immunohistochemistry and FACS analyses, they found that AT1R in the B6J EAE model is expressed primarily in CNS astrocytes and microglia (the resident macrophages of the CNS). This expression pattern is similar to that in people with multiple sclerosis, suggesting that AT1R expression in these cells plays a previously unrecognized role in EAE and MS.

Knowing that the pleiotropic cytokine transforming growth factor beta (TGFB) plays a key role in autoimmune diseases, including MS and EAE, and that angiotensin II mediates its activation in various tissues, the team explored the relationship between angiotensin II and TGFB in microglia and astrocytes. In a series of experiments using cultured astrocytes and microglial cells and AT1R-deficient (Agtr1a-/-) JAX® Mice strain B6.129P2-Agtr1atm1Unc/J (002682), the team found that whereas angiotensin II mediates the production of TGFB primarily in microglial cells, it mediates its activation in astrocytes.

The team also found that, like AT1R, TGFB in the B6J EAE model is expressed in CNS astrocytes, microglial cells and neurons. Indeed, by using luciferase-expressing albino B6 mice – genetically modified B6(Cg)-Tyrc-2J/J mice (000058 ) – and candesartan, an angiotensin II inhibitor used to treat hypertension in people, the team established that TGFB signaling in the CNS during EAE is actually mediated by angiotensin II. Furthermore, the team demonstrated that it does so by up-regulating thrombospondin-1 (TSP1).

To determine if blocking the angiotensin signaling pathway ameliorates EAE, the team treated MOG-immunized B6J mice with either candesartan or LSKL, a TSP1 inhibitor. If treatment with either inhibitor is initiated three days after MOG immunization, EAE onset is delayed and its severity is decreased (neither candesartan nor LSKL has an effect if administered at the peak of disease severity). MOG-immunized Agtr1a-/- mice exhibit a comparable delay in disease onset and decrease in disease severity.

In summary, the research team identified a novel role of the angiotensin II signaling pathway in EAE: EAE up-regulates angiotensin II, which sustains a neuroinflammatory state in CNS astrocytes, microglia and neurons by up-regulating TGFB via TSP1. Importantly, the possibility of using angiotensin II inhibitors to ameliorate multiple sclerosis is particularly promising because they are already widely-used and safe antihypertensive drugs. 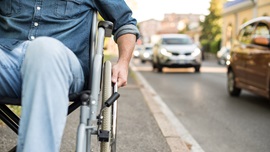 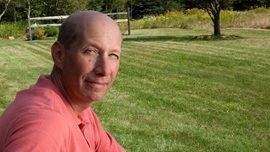