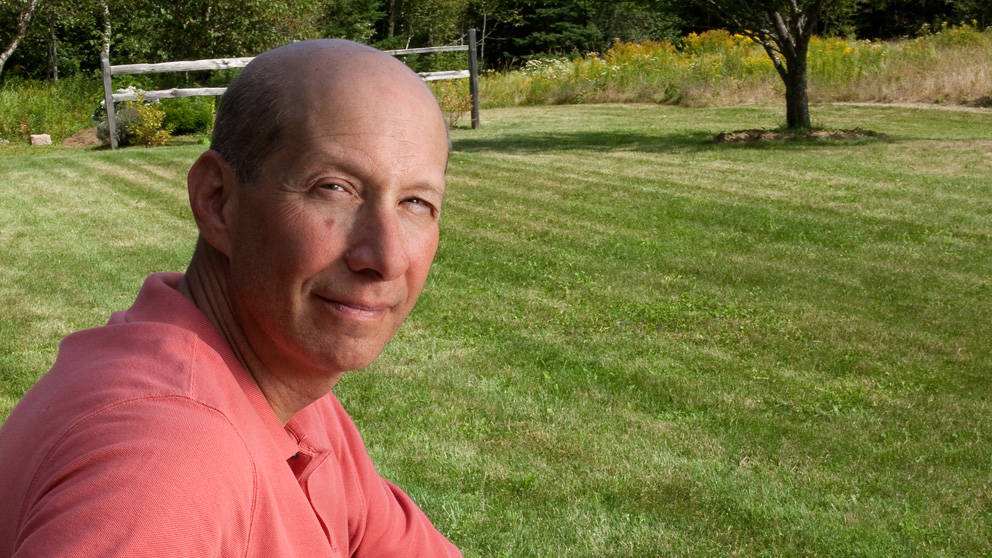 Now a physician immersed in developing new drug therapies for multiple sclerosis and other genetic diseases, Adelman says it was a summer that validated his budding passion for science.

"I came here as a college fella, from Trinity College in Connecticut," Adelman says, looking back. "I was a junior, as I had started college when I was 16. That summer was an experience that confirmed that I was excited about science and passionate about research and wanted to work in a lab, and it certainly strengthened my desire to go to medical school. I met some great people while I was here."

Among those people was Chen Kang Chai, a Jackson Laboratory principal investigator who served as young Burt Adelman's mentor throughout that summer. Throughout his long and productive career at The Jackson Laboratory, Chai was a vocal and active supporter of the Summer Student Program, which has been providing hands-on research opportunities for high school and college students for more than 80 years.

Lydia and I decided the annual Short Course would be the right avenue to celebrate and remember the Chais.

Lydia and I decided the annual Short Course would be the right avenue to celebrate and remember the Chais. While at the Laboratory that summer, Adelman spent time with another Trinity College student, Dean Hamer. Now a prominent geneticist at the National Institutes of Health, Hamer is the author of The God Gene, and other, by Adelman's assessment, "somewhat controversial" books grounded in genetics.

"Dean and I both had our own individual research projects that were assigned by the scientists in the labs we were working in," Adelman recalls. "But Dean cooked up another project on his own that had to do with extracting RNA from mouse pituitary glands. So we worked on that one at night. I had a great time."

After graduating from college, a scholarship took Adelman to Cornell University's medical school in midtown Manhattan after he completed another research fellowship at a New York University medical center. His medical career included time in both clinical and industry settings, and he joined Biogen, Inc., in Cambridge, Mass., as director of medical research in 1991.

He retired in 2007 as Biogen's executive vice president for portfolio development. Adelman and his spouse, Lydia Rogers, divide their time between their home in suburban Boston and their home on Mount Desert Island. The couple's friendship with Chen Kang Chai and his spouse, Ling Chi Chai, blossomed and flourished over the years, with the Chais' children, Leon and Jeanne, becoming close friends as well. When Chen Kang Chai died at age 95 and Ling Chi Chai died at age 87—four days apart in November 2010—the Adelman/Rogers family was eager to find a way to honor them.

"Both of them had important careers at the Lab," Adelman says. "We thought that the most appropriate way to honor them and their contributions to science and to the community here would be to do something through the Lab that would recognize and remember them."

A gift from the couple has endowed a new lecture series named in honor of the Chais. The first such lecture was held last July on the first day of the two-week annual Short Course on Medical and Experimental Mammalian Genetics. The speaker was Eric Green, Ph.D., director of the National Human Genome Research Institute, a division of the National Institutes of Health.

"Dr. Chai was a geneticist first and foremost," Adelman says of his late friend and mentor. "Lydia and I decided the annual Short Course would be the right avenue to celebrate and remember the Chais."

The Chais: a proud legacy

Adelman and Rogers tend to run out of superlatives while reminiscing about their long-time friends, the Chais.

"It's often hard for people to start a new life when they come from a totally different culture," Adelman notes. "They were incredibly adaptable and in terms of maintaining who they were."

Lydia agrees: "Their lives were living well represented," she says. "Ling was so quiet, but had such a remarkable sense of humor. She was high energy and was always making jam or baking. She was the powerhouse in that family, and there was nothing they wouldn't take on."

"Although they were both deeply rooted in Chinese culture, literature, cooking and music, they were in a way typical Mainers," Adelman says. "Chen built their house on Long Pond after reading up on masonry, wiring, plumbing. There was nothing he couldn't do."

Although they were both deeply rooted in Chinese culture, literature, cooking and music, they were in way typical Mainers. Adelman's children benefited from some of Chai's other interests. He would re-enact stage swordplay based on Chinese opera, using weaponry crafted from cardboard wrapped in aluminum foil. The theatrical combat, based on choreography he witnessed as a young man in China, delighted the children. He was also an adept soccer player and enjoyed kicking a ball around with the children.

Although they were both deeply rooted in Chinese culture, literature, cooking and music, they were in a way typical Mainers

A Chinese government scholarship first brought C. K. Chai to the United States, and he earned his Ph.D. in animal husbandry from Michigan State University in 1951. It was during this time that his research interests shifted to genetics. A strong recommendation from his genetics professor Harrison Hunt to C.C. Little, founder and director of The Jackson Laboratory, resulted in the offer of a position. He would remain on the Laboratory's scientific staff until his retirement in 1982.

C.K. applied his research energies at the Laboratory largely to five projects: a study of the inheritance of body size in mice, conducted with the two strains he established; a study of thyroid activity in some inbred strains of mice, using radioactive iodine as a tracer; a comparative analysis of HLC and LLC (high and low leukocyte count) mice, which suggested a multigenic basis and the possibility of a predominant gene for the white blood cell count difference between them; a study of aging, in which he looked at variations in life span among inbred strains of mice; and an inquiry into amyloid development in the liver and spleen of mice, which he showed to be due to a gene mutation. At the time, the link between amyloidosis and Alzheimer's was not well understood—years later, he would return to the subject in his final scientific paper (2007).

He also published several books, beginning with Taiwan Aborigines, a study of how geographic isolation affects genetic traits. A foray into physical anthropology, it remains the standard work on its subject. In his second book, Genetic Evolution, he ventured to propose that in modern society culture has become the leading force of natural selection. His last book, Genetics of the Laboratory Mouse was based on lectures delivered in China from 1980 to 1990.

Up to his retirement, C.K. Chai was active in The Jackson Laboratory's Summer Student Program, in which he mentored and encouraged students at both the high school and college level.

The daughter of a prominent professor at Beijing University, Ling Chi Mao spent much of her childhood in a small farming village in Zhejiang province. In 1949, she and her father left mainland China for Taiwan before the Communist takeover. In 1950, she completed a B.S. in agricultural economics at National Taiwan University. She then attended St. Joseph's College in Portland, Maine, earning a bachelor's degree in education. It was here that she first met C.K. Chai.

She began working at The Jackson Laboratory in 1967 as a research assistant and was promoted in 1982 to senior research assistant. Before her retirement in 1988, Ling Chai worked with several prominent staff members, including Nobel Prize winner George Snell, Muriel Davisson, Thomas Roderick, Ben Taylor, Hans Heiniger and Richard Fox. Her specific area of expertise was genetic quality control, which included testing for biochemical and immunological markers, and skin grafts connected with histocompatibility. Her final scientific contribution was in 1990 as a consultant to several institutes in Beijing.