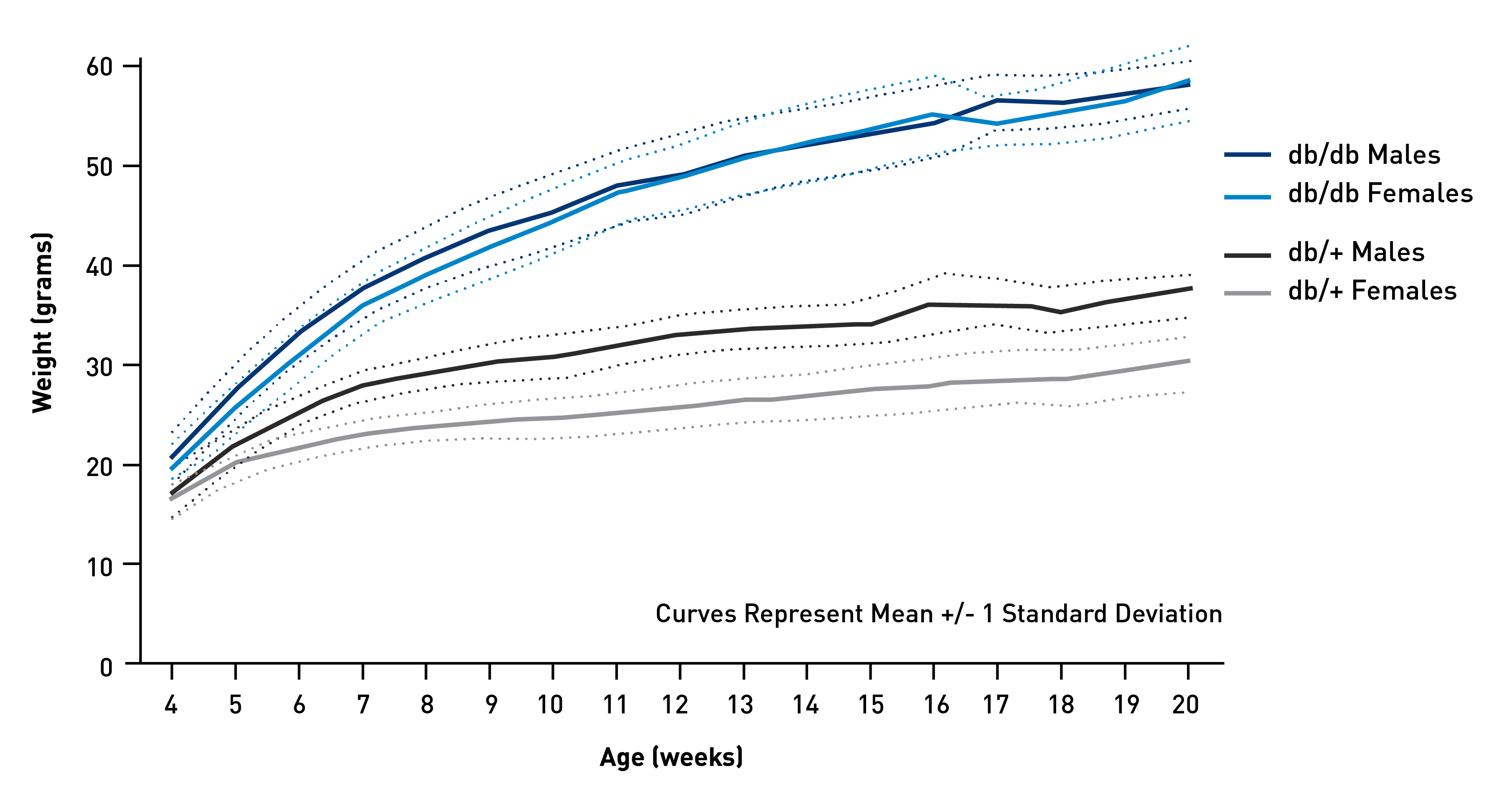 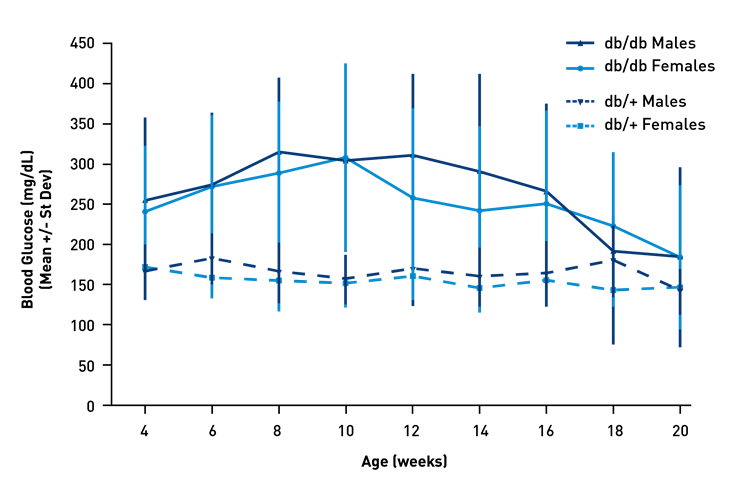 Figure 2 Non-fasted glucose. Blood glucose levels of male and female mice between the ages of 4 and 16 weeks.  Submandibular blood glucose measurements were obtained using a OneTouch Ultra 2 or UltraMini hand-held glucometer that was validated with a control glucose solution on each day of use.  Values represent the mean and one standard deviation.

Figure 3 Glucose tolerance tests. Blood glucose levels during glucose tolerance tests (GTT) at 8 and 16 weeks of age.  Following a 16 hour fast, an initial submandibular blood glucose reading was taken and mice were administered glucose by IP injection at 2g/kg body weight. Blood glucose was measured in 30 minute intervals. Any result exceeding the maximum reading of the meter was recorded as 600 mg/dL. Each data point represents the mean and one standard deviation of 10-20 mice.

Table 1 Distribution of homozygous (db/db) blood glucose values.  The blood glucose values shown in Figure 2 were grouped into ranges to show the reversion to non-diabetic values as db/db mice age. Rows indicate the percentage of mice in the indicated ranges, with the exception of the final row that states the number of mice analyzed.