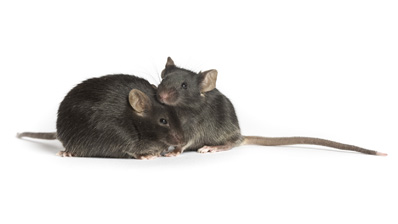 This strain is used to model phases I to III of diabetes type II and obesity. Mice homozygous for the diabetes spontaneous mutation (Leprdb) manifest morbid obesity, chronic hyperglycemia, pancreatic beta cell atrophy and become hypoinsulinemic. Obesity starts at 3 to 4 weeks of age. Elevated plasma insulin begins at 10 to 14 days and elevated blood sugar at 4 to 8 weeks. Homozygous mice are polyphagic, polydipsic, and polyuric. The severity of disease on BKS background leads to uncontrolled rise in blood sugar, severe depletion of insulin-producing beta-cells of the pancreatic islets, peripheral neuropathy, myocardial disease and death by 10 months of age. Exogenous insulin fails to control blood glucose levels and gluconeogenic enzyme activity increases. Wound healing is delayed, and metabolic efficiency is increased.

This strain is maintained with Dock7m and Leprdb in repulsion. Although these genes are tightly linked, there is a small possibility of recombination. The heterozygotes we distribute are presumed to be non-recombinant, but are untested.

Mice homozygous for the diabetes spontaneous mutation (Leprdb) become identifiably obese around three to four weeks of age. Elevations of plasma insulin begin at 10 to 14 days of age and of blood sugar at four to eight weeks. Homozygous mutant mice are polyphagic, polydipsic, and polyuric. The course of the disease is markedly influenced by genetic background. A number of features are observed on the C57BLKS background, including an uncontrolled rise in blood sugar, severe depletion of the insulin-producing beta-cells of the pancreatic islets, and death by 10 months of age. Exogenous insulin fails to control blood glucose levels and gluconeogenic enzyme activity increases. Peripheral neuropathy and myocardial disease are seen in C57BLKS-Leprdb homozygotes. Wound healing is delayed, and metabolic efficiency is increased. Female homozygotes exhibit decreased uterine and ovarian weights, decreased ovarian hormone production and hypercytolipidemia in follicular granulosa and endometrial epithelial tissue layers (Garris et al., 2004, Garris et al., 2004).

Although normal in body weight, blood glucose, and plasma insulin, heterozygotes (Leprdb/+) also have increased metabolic efficiency and can survive a prolonged fast longer than controls. Experiments involving destruction of the ventromedial nucleus of the hypothalamus suggest that Leprdb may cause a defect in the hypothalamus. Steroid sulfotransferase enzymes, aberrantly expressed in diabetic mice, interact with the Leprdb mutation as modifiers of gender differences in obesity-induced diabetes susceptibility. Because of the sterility of Leprdb homozygotes, the misty (Dock7m) mutation has been incorporated into stocks for maintenance of the diabetes mutation. The repulsion double heterozygote (Dock7m +/+ Leprdb) facilitates identification of heterozygotes for breeding, while the coupling double heterozygote, (Dock7m Leprdb/+ +) allows identification of homozygotes before the phenotype becomes severe.

The recessive misty mutation causes a mild dilution of coat color and on certain backgrounds a white tail tip often accompanied by a belly spot. Melanocytes from Dock7m/Dock7m mice have a highly dendritic shape, show deficient proliferation in culture and have much more melanin content. Fewer melanoblasts are found in primary cultures from Dock7m/Dock7m mice than from wildtype controls. Between two and five weeks of age, Dock7m/Dock7m mice are smaller than controls. At 35 days of age they are shorter, weigh 15% less on average, and have less inguinal adipose mass than controls. Misty homozygotes completely lack brown fat. Although platelet count, seratonin content and ATP content are normal, Dock7m/Dock7m homozygotes have an increased bleed time and reduced platelet ADP levels.(Woolley 1941 and 1945; Truett et al. 1998; Sviderskaya et al. 1998.)

Model with phenotypic similarity to human disease where etiologies are distinct. Human genes are associated with this disease. Orthologs of these genes do not appear in the mouse genotype(s).

Models with phenotypic similarity to human diseases where etiology is unknown or involving genes where ortholog is unknown.

View All Strains
There are no related strains using this filter.
▲ ▼

FEEDBACK
Did you find what you were looking for?