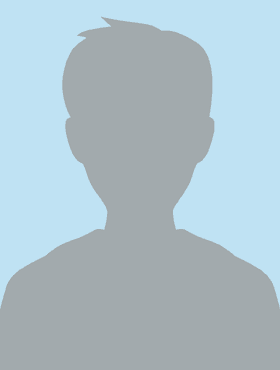 I obtained my Ph.D. in Biological Sciences from the University of South Carolina in August 2018. Here, I worked under Dr. Deanna Smith studying the regulation of microtubule motor-mediated axonal transport and how disruption of this process is linked to neurodegeneration. Following my dissertation defense, I took a postdoctoral position at The Jackson Laboratory with Dr. Rob Burgess due to our overlapping interests in neurodegenerative diseases and axon biology.

The Burgess lab is focused on generating and studying mouse models of inherited peripheral neuropathies, including Charcot-Marie-Tooth (CMT) disease. My research focuses on understanding how mutations in some ubiquitously expressed genes, such as tRNA synthetases, can cause a disease affecting specific tissues or cell populations. Additionally, I would like to understand the role of genetic modifiers in the phenotypes observed in our mouse models. Identifying the mechanisms underlying these genetically distinct diseases will enable us to target disease-specific processes in an attempt to alleviate symptoms caused by these genetic mutations.

LIS1 mutations cause lissencephaly (LIS), a severe developmental brain malformation. Much less is known about its role in the mature nervous system. LIS1 regulates the microtubule motor cytoplasmic dynein 1 (dynein), and as LIS1 and dynein are both expressed in the adult nervous system, Lis1 could potentially regulate dynein-dependent processes such as axonal transport. We therefore knocked out Lis1 in adult mice using tamoxifen-induced, Cre-ER-mediated recombination. When an actin promoter was used to drive Cre-ER expression (Act-Cre-ER), heterozygous Lis1 knockout (KO) caused no obvious change in viability or behavior, despite evidence of widespread recombination by a Cre reporter three weeks after tamoxifen exposure. In contrast, homozygous Lis1 KO caused the rapid onset of neurological symptoms in both male and female mice. One tamoxifen-dosing regimen caused prominent recombination in the midbrain/hindbrain, PNS, and cardiac/skeletal muscle within a week; these mice developed severe symptoms in that time frame and were killed. A different tamoxifen regimen resulted in delayed recombination in midbrain/hindbrain, but not in other tissues, and also delayed the onset of symptoms. This indicates that Lis1 loss in the midbrain/hindbrain causes the severe phenotype. In support of this, brainstem regions known to house cardiorespiratory centers showed signs of axonal dysfunction in KO animals. Transport defects, neurofilament (NF) alterations, and varicosities were observed in axons in cultured DRG neurons from KO animals. Because no symptoms were observed when a cardiac specific Cre-ER promoter was used, we propose a vital role for Lis1 in autonomic neurons and implicate defective axonal transport in the KO phenotype.
View full list of publications