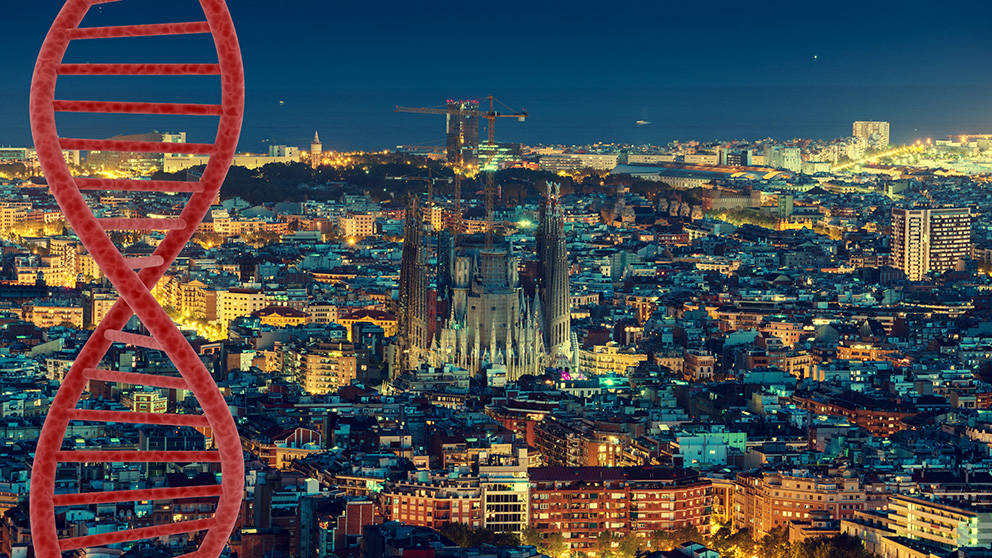 I learn a lot every year at the Human Genome Meeting (HGM), which features talks about the latest in genomics and its impact on precision medicine. This year I also learned that the host city, Barcelona, is quite a place. I had never been to Barcelona before. I didn’t want to leave Barcelona after the meeting. I want to go back to Barcelona now.

It is therefore telling that during the conference itself, it was still easy to immerse in genomics. As I wrote after returning from last year’s conference in Houston, the talks are an excellent blend of updates from familiar scientists about their projects and learning about science and issues about which I was previously unaware. This year’s theme, “From Genomics to Therapy,” continued to build upon the increasingly actionable nature of genomics findings. When one follows the news of genomics progress closely, it seems slow and incremental, but the gains year-to-year are substantial. Granted, sometimes the research reveals heretofore unknown complexity that makes the road ahead more difficult, but such is the nature of biomedical research.

The jam-packed schedule with parallel sessions meant I was unable to attend all the talks. As usual, however, I took away some real highlights. The first pertained to the value of sequencing healthy people, a hotly debated current topic in genomics. It’s early days for research into the subject, but some argue the insight gained for a subset of the population is significant enough to outweigh the lack of actionable data for a large percentage of those sequenced, the expense, and the specter of false positives driving unnecessary care. Therefore it was intriguing to see that the outgoing president of HUGO, Stylianos Antonarakis, had agreed to get his genome sequenced and have the results discussed at the meeting. Alas, due to concerns from family members, he asked that the results not be publicly disclosed (unlike some people, ahem, who chose to disclose all after getting an OK from family), so I cannot relay any details. Nonetheless it’s very interesting to hear a room of world-leading experts jump into genome analysis with real data. And it’s a pretty sure bet that the debates around healthy cohort sequencing will continue. Indeed, recently published data from 50,000 patients enrolled in the Geisinger Health System exome sequencing project show a substantial (> 3%) number of undiagnosed patients with variants in clinically actionable genes, adding another interesting twist to the discussion.

The Clinical Genetics Symposium, not surprisingly, also caught my attention. The three speakers provided three somewhat different perspectives, from fairly broad to very granular. For an effective overview, Nazneen Rahman, who (among other things) leads the cancer genetics effort at the Institute of Cancer Research in London, discussed the promise, progress and pitfalls associated with genetic medicine. Rahman also leads the Transforming Genetic Medicine Initiative (TMGI) in the U.K., seeking to build the tools and processes necessary to deliver on the promise, a need further underscored by the 100,000 genomes project already well underway in the U.K.

Heidi Rehm delved into somewhat more detail on similar issues, presenting data from her collaborative efforts to interpret and annotate sequence variants in the genome. Rehm directs the Laboratory for Molecular Medicine at Partners Healthcare as well as doing research at Harvard Medical School, and she has helped spearhead large-scale efforts such as ClinGen (Clinical Genomics Resource) and the Human Variome Project to start to get a handle on just which sequence variations between people are clinically relevant and what they might actually mean. Finally, Stefan Mundlos from the Max Planck Institute in Germany presented his research into the effects of chromatin structure and interactions on the pathogenicity of structural variants, such as duplications. His work shows, once again, that a straight sequence tells only so much about health and disease—the topology of chromosomes and chromatin also play significant roles.

Genetic engineering, primarily through ever more refined use of CRISPR technologies, is another vital topic. Vic Myer, Chief Technology Officer at Editas Medicine, a company seeking to develop and implement CRISPR therapeutics, gave an interesting and rapid-fire presentation about progress in the field. A key element for clinical use is to improve guide RNA selection to minimize off-target hits and maximize the accuracy of the therapy. Obviously, off-target editing has potentially disastrous consequences for patients. Also, it’s one thing to have a working editing protocol, it’s quite another to administer it to enough cells in a mature patient to be curative. So they’re also working on effective delivery methods, with the retinal cells in the eye providing an accessible target with which to begin. Editas is working with viral vectors to deliver a therapy for Leber congenital amaurosis, a rare form of blindness. It’s exciting to see therapeutic editing becoming a real thing, and I expect we’ll see it entering the clinic in earnest over the next few years.

Finally, I was struck by the plenary lecture on the final morning by Luigi Naldini from the San Raffaele Telethon Institute for Gene Therapy in Milan. He also works on gene therapy and talked about his research with hematopoietic stem cells. Blood cells offer another relatively accessible entry point for gene therapy delivery, as cells can be removed, edited in the lab, then transfused back to the patient. Naldini has been on the forefront of refining gene therapy for many years and has worked tirelessly to overcome the early stumbles that stalled the field, with multiple deaths in clinical trials around the turn of the century. Now, with better delivery vectors and thorough validation possible through sequencing, progress is accelerating once again, and clinical trials for several genetic diseases are underway or on the horizon.

It’s clear that the ability to not just sequence but also to manipulate the genome has huge implications for medicine and, perhaps, for society as a whole in the years ahead. Human genomics as a field is relatively new, but it now feels like researchers are beyond just scratching the surface of what’s possible. “From Genomics to Therapy” was a great theme for the meeting, and I expect it will be an ever more visible theme to a wider and wider audience throughout the coming year.