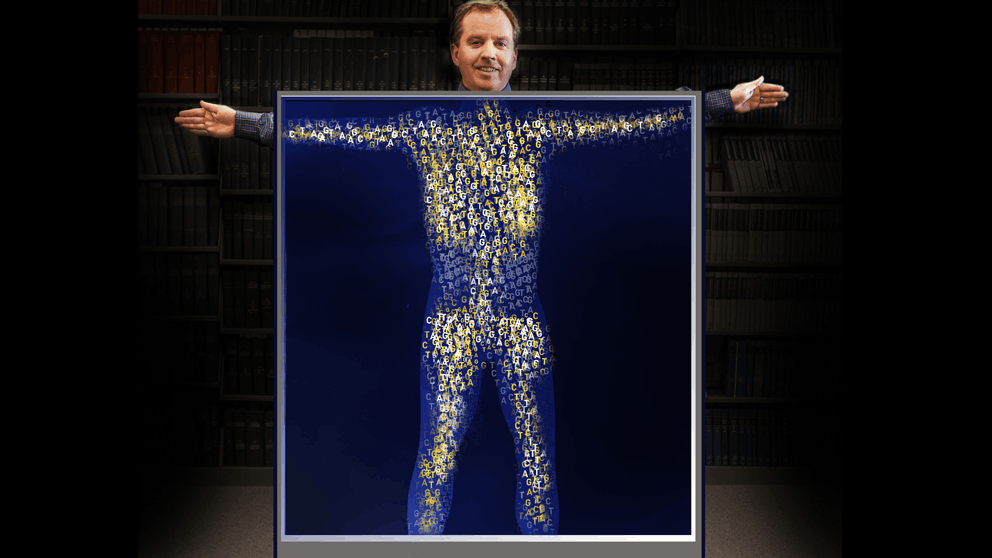 After waiting years for my genome sequence — all 3.2 billion letters — it was finally in hand. With far more excitement than trepidation I opened the web page with the data and took a look at the top of the variant report. Huh, how about that. I have a genetic variant that’s clinically significant. Wait, no, I have THE genetic variant that’s clinically significant and causes huge debates in the genomics field over incidental findings, returning data to patients and that sort of thing.

But more on that later.

The long road to having my genome sequenced and getting the data began years ago. Almost four years to be exact, when I signed up to participate in the Personal Genome Project (PGP), a brainchild of George Church of Harvard, who’s remained a prominent player in genomics to this day. As I wrote at the time, the PGP formed soon after the first human genome sequence was published because Church rightly foresaw many of the data challenges currently facing genomics. Even as more and more full human genomes are sequenced, most of the data remain siloed and de-identified and therefore pretty much useless for clinically relevant discoveries. PGP participants agree to freely share all their genomic and phenotypic (trait) data in hopes of advancing scientific understanding and, ultimately, perhaps medical progress. So far the number of PGP participants sequenced remains in the hundreds, not the millions probably needed for substantial insight, but it’s a start. And the effort has brought much-needed attention to genomics, open data, privacy and security, and related issues.

I’m not the first to write about an experience with the PGP. Geneticist Misha Angrist wrote an entire book — Here Is a Human Being — about being the fourth PGP participant to be sequenced. Psychologist Steven Pinker was also among the first ten PGP volunteers and wrote about it for the New York Times Magazine. The fairly basic data he received revealed little of consequence, but it did provoke lengthy ruminations on ancestry, behavior, nature versus nurture, and other things psychologists like to ruminate about. It’s interesting to go back and see how much Angrist and Pinker get right about the future of personal genomics, along with how much has changed in the six or seven years since.

After Pinker, John Lauerman, a reporter for Bloomberg, wrote a series of articles about his experience in 2012. Surprisingly, Lauerman was one of the small percentage of seemingly healthy people who learned something concrete from his sequence, even at that early date—he had a variant associated with certain blood disorders. While not strictly “actionable,” in that there was no set medical protocol to address the issue, Lauerman’s data provided the impetus for increased monitoring to head off any problems before they became debilitating. Some of the people he interviewed were not bullish on personal sequencing — they thought it would generate unnecessary worry — but Lauerman came through his experience with a positive opinion.

Reading those accounts, it’s actually a little striking how little the overall landscape has changed in personal genomics in some ways. Of course 23AndMe’s genotyping kit got landed upon by the FDA, but they are once again able to provide some potentially clinical data, with an eye on increasing its breadth over time. And whole genome sequencing and analysis has gone from roughly $100k in Pinker’s time to the $2,900 Illumina “Understand Your Genome” program documented by CNBC’s Meg Tirrell last year. But for healthy individuals, the meaning of the data remains, to quote one of Tirrell’s co-hosts, “a mess.” To this day, there are few variants with concrete consequences, and there are thousands variants of uncertain significance (VUS) in every genome. What is more, recent research indicates that many people carry what were previously thought to be highly pathogenic mutations with no effect on their health. This is not to ignore the substantive progress made in clinical sequencing, including cancer genomics and in diagnosing rare diseases among other applications. But if you’re healthy, a genome sequence will bury you in data, and there’s very little chance that any of it will provide insight into health or disease.

Large-scale sequencing projects of healthy people are probably not likely to deliver much bang for the buck. Yet.

On public tours of JAX I used to say that getting sequenced is kind of like going to a fortune teller. By all means do it if you find it entertaining and/or thought provoking, but not if you’re looking for any data that is going to be useful for you in planning your future. I still feel that way and think large-scale sequencing projects of healthy people are probably not likely to deliver much bang for the buck. Yet. But I’m curious and want to add data to the pool and think that we will know far more in the near future, so pursuing my own sequence was, for me, a very easy decision to make.

Which brings me back to my genome data. In my report I have six variants that are clinically significant — they are the ones most likely to affect my health — 35 with a lower clinical significance rating, and 2,776 variants that are “insufficiently evaluated.” Those numbers alone say a lot about how much there is left to learn. In the 41 with more robust clinical significance, there are some interesting ones. I am likely to have blue eyes and burn to a crisp in the sun. Yup. I need to be careful as I have variants that are known to raise prostate cancer susceptibility if, and only if, I have a family history. Hmmm, I think my grandfather and my father having had prostate cancer qualifies—I’d better get my prostate-specific antigen (PSA) measured. PSA screening has come under fire recently, but although I recently turned 50, I’ve been putting off getting even a baseline reading. My sequence report doesn’t tell me I’m going to get cancer, but it sure as heck gives me a hard nudge to stop procrastinating and start doing what I can to monitor the situation.

And then there’s the top one. Like about 14% of the population, I have one copy of ApoE4, the variant that significantly increases the risk of Alzheimer’s disease. Steven Pinker chose not to learn his ApoE status in his sequence, and the wisdom/ethics/value of reporting it to healthy people or patients sequenced for other reasons has been hotly debated for years. Homozygous people, those having two copies of the variant, have been found to have a 13x greater risk of Alzheimer’s disease, while heterozygous people with one copy, like me, have a 3-4x greater risk. And there’s nothing that can be done about it. At least not yet.

I can’t deny that the ApoE4 result surprised me and led to some Googling for a day or two, but I lost no sleep nor do I think about it much at all now, a few weeks later. I always knew some form of neurodegeneration was possible as I aged, even though I exercise and eat healthy and work at a job that makes me think hard almost all the time, all things that are supposed to help maintain brain function. I guess I tend to be fatalistic sometimes, so things won’t change, I’ll just keep doing what I’m doing and hope the dice land in my favor.

Next, I will talk with Kate Reed, a genetic counselor who heads up the Clinical and Continuing Education group at JAX. Look for the results of our conversation as we delve further into incidental findings, pathogenic variants, and how the medical community is adapting to accommodate the ever-increasing amounts of genomic data in clinical practice.